Stretching to the limit: How Sollers and Lorus move finished vehicles across Russia

Operating across the largest country in the world – Russia – would be a challenge for any logistics operation, even without economic difficulties. OEM Sollers decided to distribute its finished vehicles in partnership with 4PL Lorus SCM 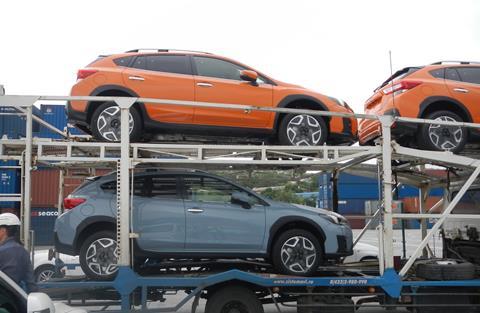 For the Russian carmaker Sollers the importance of effective logistics hardly can be overemphasised. With a distance of up to 8,000km (4,971 miles) between its main production assets in European Russia and the Far East, a widespread network of more than 100 tier one suppliers both in and outside Russia, plus worldwide export operations, costs and lead times within the supply chain clearly make a big difference to the company.

This complicated set up calls for a comprehensive approach, and in 2014 Sollers passed its logistics operations to the Russian 4PL logistics provider Lorus SCM.

For Lorus, which is due to celebrate its five-year anniversary in 2019, this was an important milestone. The company has a diversified order book, with contracts for managing product flows for the Russian retail giants Magnit and X5 Retail Group, yet automotive logistics is considered one of the company’s top priorities. In 2018, Lorus transported 70,000 finished vehicles for Sollers and its various brands, and these flows have been seen steadily growing over the past several years.

“Being a 4PL operator, especially strong in the automotive segment, Lorus conducted a thorough research of the supply chain for the Sollers Group, detecting gaps and bottlenecks, where some improvements were possible, and urged Sollers shareholders to embark on an advanced 4PL outsourcing logistics model,” says Igor Ovsyannikov, finished vehicle logistics director at Lorus SCM. 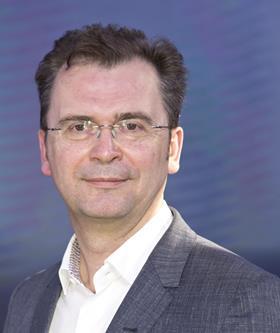 Since then, Lorus has managed the entire logistics chain for the OEM. The company did a lot of work to make vehicle supplies faster and more cost- effective, including by relocating distribution centres and optimising transport legs on the main routes, according to Ovsyannikov.

Sollers is also a stakeholder in Mazda Sollers Manufacturing Rus, which runs a vehicle plant in the Russian Far East with production capacity of 70,000 finished vehicles per year, as well as a big engine plant in the same region. Furthermore, the company owns one of the leading Russian car brands, UAZ, which is based in the city of Ulyanovsk, 890km south-east of Moscow.

Sollers was also engaged in the joint venture Ford Motor Manufacturing Rus, which until recently was operating three finished vehicle plants in European Russia. In July, Ford decided to end production at all three of the assembly plants it ran in Russia, though Transit van production will continue. However, the decision is not likely to impact the logistics network of Sollers, since Ford has been managing its own finished vehicle logistics.

Open to all modes
Lorus uses all transport modes in arranging domestic finished vehicle logistics for Sollers, which are deployed according to a variety of factors.

“The choice of transport modes to be used in each particular case depends on location of production assets, spread of dealerships, density of car owners and the abilities of the Russian federal logistics industry,” says Ovsyannikov. “When it comes to the plants located in the European part of Russia, 75-80% of their output is transported by car transporters. For delivering finished vehicles from these plants to Siberia and the Far East, rail and container shipping are used – when there is such an option.”

Number of vehicles Lorus transported in 2018 for Sollers and its various brands. Less than 7.5% were moved in containers

“When it comes to the plants located in the Russian Far East, 100% of finished vehicles are transported from the production units to compounds by railway. In order to optimise the las-mile logistics, we use geographically distributed compounds,” adds Ovsyannikov.

The key transport route for Sollers vehicles in Russia is the federal corridor Vladivostok-Novosibirsk-Yekaterinburg-Moscow-St. Petersburg, which is considered to be the main transport artery in the country. It runs for a total of 10,000km and passes through five federal districts, connecting the Pacific Ocean with the Russian northern seas. The company uses a fleet of around 1,000 railcars, including both autoracks and covered wagons.

“Five regional compounds fully meet our needs in storage and further distribution. These compounds are located in Moscow, St. Petersburg, Rostov, Novosibirsk and Yekaterinburg,” says Ovsyannikov. “These facilities are being used to unload and store finished vehicles, and from them the last- mile transportation is carried out. Commonly, the last mile is limited to a distance of 1,000km from a compound.”

Challenging economic environment
Over the past few years, the Russian automotive logistics industry has been battling the consequences of a crisis in the domestic vehicle market, as well as harsh conditions in the wider economy. For carmakers and their logistics partners, this has brought some challenges in terms of fleets, drivers and tariffs.

“There are a handful of factors impacting this logistics segment. This year, the main drivers are changes in the price of fuel, a VAT hike and increased tariffs in the Russian electronic toll collecting system, Platon,” Ovsyannikov states.

Russia’s government raised VAT from 18% to 20% on January 1, 2019, which is believed to be the biggest increase in taxation in the country during the past decade. Meanwhile, Platon, which was originally rolled out in 2015, began charging trucks travelling on federal motorways 2.14 roubles ($0.03) per kilometre from July 1, 2019.

This figure is slated to increase to 2.2 roubles from July 1 next year and to 2.35 roubles from July 1, 2021, the Russian Transport Ministry has announced. “The second factor, which has been strongly driving prices up, is the rising cost of capacity repairs. This is especially relevant for rail transport, but the cost of [equipment] repairs overall has increased over the year by almost 50%,” Ovsyannikov explains. In Russia, fleet ages tend to be quite high. “There was almost no modernisation of either automotive and railway fleets in recent years. Hence, repair costs are on the rise, pushing prices up,” Ovsyannikov said.

“Lorus SCM tries to find the best option, combining various transportation modes and looping back routes. According to our records, the average increase in tariffs for finished vehicle logistics in the industry as a whole is going to be around 9% this year,” Ovsyannikov says.

For automotive transportation, Lorus operates a fleet of trucks of a similar size as on the railway, formed through 4PL management under competitive bidding with federal and regional transport companies. This approach ensures that tariffs on finished vehicle transportation are kept to a minimum, Ovsyannikov explains.

“Given the present [depressed] situation in the Russian car market, a shortage of car transporters is not going to be a pressing problem. Of course, by the end of the year, demand for vehicles traditionally is on the rise, and there may not be enough transporters,” Ovsyannikov states.

“However, a few years ago, Sollers and Lorus SCM began searching for and fine-tuning options for finished vehicle transportation that would eliminate the possible impacts of that shortage. In particular, we started carrying UAZ finished vehicles in closed tilt trucks,” he adds.

“But when it comes to the workforce – transporter drivers – a shortage exists already. Given many different factors, the further development of that problem would be negative for the entire automotive industry,” he adds.

Eyes on the global market
Lorus also has quite a tricky task in arranging outbound logistics for Sollers’ UAZ brand, which exports vehicles all over the world. UAZ has set an ambitious target to sell around 30% of its output in overseas markets from 2020 – roughly equal to 20,000 vehicles in total. In 2017, UAZ exported slightly over 5,000 finished vehicles to 41 countries.

In an optimistic scenario, UAZ may be able to export 2,500 finished vehicles to South and Central America, 2,000 to the EU, 5,000 to CIS countries, 6,000 to Asia, 4,000 to the MENA region and 1,500 to the rest Africa. In addition, UAZ has been looking at launching some vehicle assembly plants abroad, possibly in Iran and Egypt.

“Today, UAZ products are exported all around the world: to Latin American countries, South-East Asia and the [non-Russian] Far East, the EU and other European territories,” says Ovsyannikov. “Supply chains are organised by Lorus SCM along optimal routes with the use of various types of transport. For example, shipments to Mongolia and China are carried out with car transporters. To deliver finished vehicles to Latin America we use containers. We have also started using ro-ro transportation.”

In the former Soviet bloc, car transporters again are the most attractive tool for outbound logistics. Meanwhile, all shipments to Africa and Latin America depart from either the port of St. Petersburg in the Russian north-west or the port of Novorossiysk in the south. Lorus keeps compounds in both cities. Some shipments have also been flowing through the port of Kavkaz, located in the south, but so far only in small volumes, according to Ovsyannikov.

”Despite the seasonal fluctuations, changes in demand for containers and other factors, we are very confident in railway and sea containers asawayof finished vehicle transportation which is able to solve a lot of tasks carmakers have to face” - Igor Ovsyannikov, Lorus SCM

“We select the best routes, because a lot of things depend on the number of feeder vessels in one direction or another and the frequency of their arrival. Accordingly, we choose the most optimal routes both in terms of cost and delivery time,” states Ovsyannikov.

In most countries Lorus arranges logistics from door to door, requiring a lot of work. “In the countries of Latin America and Africa we, as a rule, pass the goods to the recipient at the port of destination. As for buyers from other countries, in accordance with the terms of delivery, we transfer cars to its final destination, and this involves the provision of the last mile service,” Ovsyannikov continues.

Lorus is attempting to further improve vehicle logistics for Sollers. In particular, the logistics provider sees huge potential in developing container transportation. As of today, only 7.5% finished vehicles assembled at Sollers plants are transported in containers, but this figure is likely to grow in the years to come.

“Despite the seasonal fluctuations, changes in demand for containers and other factors, we are very confident in railway and sea containers as a means of finished vehicle transportation which is able to solve a lot of tasks carmakers have to face,” Ovsyannikov explains. “First off, this is a loading issue – because now, when the finished vehicle market is down, load factor is the number-one problem. A shipment which is not fully loaded brings the price down for the transporting company.

“This option does not work for all finished vehicles, but one of the promising directions we are working on is boosting the share of container transportation by a factor of two to three times,” Ovsyannikov explains.