First Nissan Kicks to be imported from Mexico 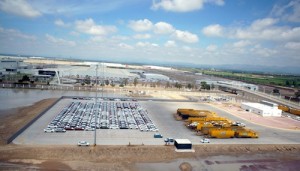 The Nissan Kicks will go on sale in Brazil in August, followed by other Latin American countries later in the year. To meet the initial demand in Brazil, the Kicks will be produced at Nissan’s benchmark plant in Aguascalientes, Mexico and exported.

Nissan has capacity to build 850,000 vehicles per year in Mexico between its three plants in the country. Two of the plants are a few miles apart in Aguascalientes, in central Mexico, and the other is in Cuernavaca, outside Mexico City.

Nissan is also working with Daimler on a third facility in Aguascalientes, called COMPAS (Cooperation Manufacturing Plant Aguascalientes), which will start making an Infiniti vehicle in 2017 and a Mercedes-Benz in 2018.

The first Aguascalientes plant produces the Nissan Versa sedan, Versa Note, the Sentra and the Micra. It has a production capacity of 565,000 cars annually.

Full production of the Nissan Kicks at Brazil’s Resende plant, which lies 162km northwest of Rio de Janeiro, is set for early next year. The Resende plant opened in 2014 and is part of efforts to become the top Japanese automotive brand in Brazil.