First shipments of trucks by sea from India to Bangladesh 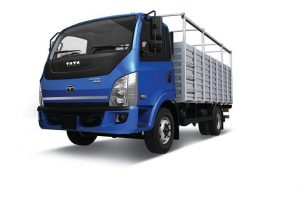 Tata Motors has sent its first ever consignment of 240 trucks to Bangladesh using short-sea shipping instead of the congested land border route through Petrapole-Benapole. The trucks were shipped on November 23rd and were followed by a second consignment four days later.

The trucks, which arrived in Bangladesh within two days, were dispatched by Kolkata Port Trust (KoPT) chairman, Vinit Kumar. Although the sea route is said to cost more than shifting trucks by road, this cost is expected to fall as volumes ramp up.

Previous road consignments have been stranded at the Petrapole border gate for up to three weeks because of capacity constraints at Bangladeshi customs.

Ashok Leyland paved the way for the short-sea alternative recently by using it to send one consignment of trucks to Sri Lanka and then another to Bangladesh. The Bangladesh consignment, which took place in October, consisted of 185 trucks moving from Chennai to Mongla.

In recent years, Ashok Leyland has seen annual sales of its trucks in Bangladesh increase from 500 to 5,000 units. The truckmaker exports around 12,000 trucks annually to both Bangladesh and Sri Lanka, which the company expects to increase by 80% annually.

It had been using road to ship its vehicles to Bangladesh for 40 years. Following border delays, however, it sought help from the shipping minister who suggested using the alternative coastal shipping services route. In less than a month, the new service had been set up with the port of Chennai.

Ashok Leyland has confirmed it is in discussions with the Indian government and linked agencies about finding ways to reduce the cost of the short-sea alternative, as it would like to continue using this service.

Driving the future of the sea route is that transit times are just 2.5 days; the 1,500km land route, in contrast, can take over four days and perhaps up to 30 days for vehicles to actually cross the border. In addition, sea carriage involves less damage and is more environmentally friendly.

One potential impediment to the development of the coastal route is the position regarding the application of the Goods and Services Tax (GST) on finished vehicles, however, given that units often have to be shipped to the port initially by road and are invariably picked up by road transporter on the other side. At present, the levels of GST levied are being left to local interpretation.