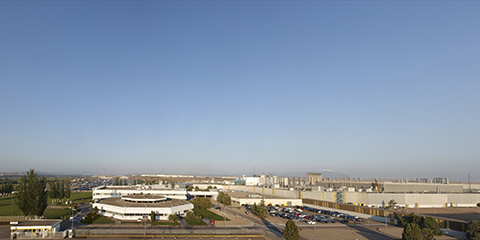 GM and Gefco are managing a global supply chain to produce the Mokka in Zaragoza, while the OEM is trying to cope with a shortage of transport assets in Spain.

One of the important carmakers in Spain is General Motors, which has been operating its Opel plant since 1982 in the city of Zaragoza, in the country’s north-east. The factory has an annual production capacity of 480,000 units, the largest for Opel/Vauxhall in Europe.

Zaragoza had languished well below its capacity as GM and other carmakers saw output drop in Spain during the eurozone crisis. Recently, however, GM and other OEMs are seeing recovery. The introduction of the Opel Mokka crossover SUV helped increase Zaragoza’s output to 319,586 units in 2014, a rise of 14% from 2013.

Other stories in this feature

For 2015, the plant was set to produce 360,000 units across the Mokka, Corsa and Meriva. Guillermo Mancholas, supply chain and logistics director of General Motors Spain, says the plant will increase capacity strongly over the coming year, tied partly to the strategic alliance between PSA Peugeot Citroën and GM to build B-MPVs for both brands in Zaragoza. Pre-production commences in 2016 and series production will follow in 2017.

The alliance with PSA is also reflected in GM’s logistics in Europe, where Gefco has been its 4PL since April 2013, responsible for contracting with carriers and 3PLs. PSA and GM signed a contract to this effect following their alliance and before the French carmaker sold a majority of its shares in Gefco to Russian Railways in 2012. The GM-Gefco relationship is important for Spain; while GM has full responsibility for inbound logistics planning and optimisation, Gefco plays a key support role in its global supply chain. Gefco also has responsibility for outbound logistics planning.

GM’s supply chain here is unique compared to other OEMs in Spain. Because the Mokka was shifted to the plant from South Korea, it is built using a high proportion of imported parts. For the Mokka, which accounts for about 85,000 units per year, around 60% of inbound material by volume is imported, while 40% is from Spain (across all models built at the plant, Spanish content rises to 60%). That means around 17% of inbound volume arrives by ocean – about 10,000 40ft containers – primarily through the port of Barcelona.

Zaragoza has an efficient logistics setup across Spain, which is also well connected to the rest of Opel’s European supply chain. That is important since some suppliers are as far as 2,200km away. GM uses 5,000 rail wagons per year to import engines and transmissions from Opel-allied plants in Europe, which represents around 2% of the total inbound volume. Truck is the dominant mode for Spanish and European suppliers, amounting to 50,000 full truckloads per year.

Approximately 78% of volume arrives directly from suppliers, 21% through milkruns, and 1% through a regional distribution centre in Germany. Mancholas says that ‘live unloading’ – where trucks are unloaded upon arrival rather than the driver depositing the trailer – is integral since no trailer yards are available. Truck utilisation is around 83%, although Mancholas wants to increase this level.

The Mokka approach
For the Mokka, which GM started building in Zaragoza in September 2014, the OEM uses a knockdown, part-by-part system, whereby GM Korea consolidates parts required for assembly from Korean suppliers and ships them to Spain.

The process is efficient for shipping. GM uses 40ft high-cube containers, with different types of packaging according to geometrical characteristics and gross weights. It ships around 200 containers per week from Korea with an average utilisation rate of around 90%. However, the cost and lead times require special management. Total order lead times are eight weeks, while customer orders are released four weeks before production. “This means all overseas material is ordered based on forecasts, and market fluctuations can have a dramatic impact on material availability,” says Mancholas.

That is why keeping tight control over the entire process has been so important for GM and Gefco. The companies elected to use Maersk Line as an integrated provider; it is responsible for transport from Korea through to a deconsolidation centre several kilometres from the Zaragoza plant, including overseeing specialised intermodal flows within Spain.

The logistics route is complex. Maersk picks up containers from the port of Incheon, near GM’s plant in South Korea, and moves them on a feeder vessel to Ningbo, China, where they are then transhipped to Barcelona. The total maritime transit time, including layovers, is 39 days. From the port of Barcelona, TCB Railways (under Maersk’s oversight) moves the containers each day by unit trains to the Zaragoza Inland Maritime Goods Terminal, known as TMZ. In some cases, several daily departures are made. “There is a commitment to unload all containers received in Barcelona during the weekly stopover, before the arrival of the next vessel, in more or less homogeneous, daily push batches,” says Mancholas. 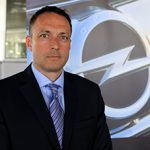 "Big carrier contracts with small carriers disappeared [during the financial crisis]. Some carriers went into bankruptcy, so now there are not enough. Everyone is fighting to keep carriers."

Containers that GM and Gefco identify as urgent, before or after they arrive at the port of Barcelona, are transported by truck directly to the TMZ. Once at the terminal, the containers are stacked according to their day of arrival, and follow a ‘first in, first out’ system with dwell times of about one week. Containers are then transported by trucks to the deconsolidation centre, a 30,000 sq.m building operated by the Sesé Group in the El Pradillo industrial estate near GM’s plant. During this entire process, Maersk Line provides a web-based tracking tool to help communication and improve visibility for shipping and land transport.

At the deconsolidation centre, parts are unpacked and the containers are repackaged or transferred; material is moved to the plant according to automated requests issued by GM Spain through a pull system based on an EDI communication framework using advanced scanning and inventory management systems, says Mancholas. The centre is currently running on three shifts, in line with the plant. GM holds one week’s worth of security stock for each part number at the warehouse, with an emergency system in place should material need to be expedited.

Though lengthy, the supply chain is well honed and allows for high utilisation of containers and inland transport. It also has an important benefit: the switch of production from Korea to Europe reduces delivery time of the Mokka for European customers by five weeks, says Mancholas.

Restricted resources
While GM’s international supply chain presents difficulties, it has logistics challenges closer to home: namely, a lack of transport resources in Spain. “Due to the financial crisis that Spain experienced during the past several years, many carriers and commercial licences could not survive,” says Mancholas. “Big carrier contracts with small carriers disappeared. Some carriers went into bankruptcy, so now there are not enough. Everyone is fighting to keep carriers.”

Furthermore, Mancholas points to technical problems for rail along with frequent strikes in Germany and France, which can put just-in-time production at risk. Spain’s different rail gauge to the rest of Europe also limits its potential for GM. 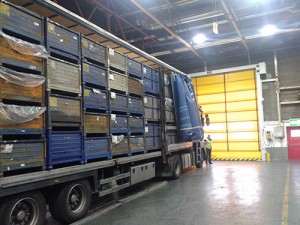 These are all issues that Mancholas and his team, together with Gefco, are trying to mitigate. Gefco is actively working with carriers to secure long-term capacity. On the outbound side, the company is even increasing its own transport assets in Spain. To minimise empty returns for rail, GM and Gefco also balance volume with truck to help fill capacity.

While the bulk of material for the Mokka comes from South Korea, Mancholas says that GM Spain localises parts where possible. “We focused on bulk parts used in the bodyshop, such as side panels, or in general assembly, such as HVAC or instrument panels, for example, where the inbound cost was dramatically high,” he says.

Aside from its transport and inbound supply chain, GM has also been introducing new processes within the Zaragoza plant. The carmaker’s internal logistics system has evolved to use more of a kitting delivery system, for example. In particular, the latest Opel models have higher parts volume and variety stemming from an array of options to personalise vehicles. Kitting is a way for GM to help simplify the line side and reduce operator errors – a strategy that resembles those that other manufacturers are also taking in Spain, including Renault.

Such productivity gains will only become more important as production increases for GM Spain, including for the plans to produce models for PSA. However, Mancholas is confident that GM has the right logistics strategy, which should help keep its future bright in Spain.