Ford: Always returning to the drawing board 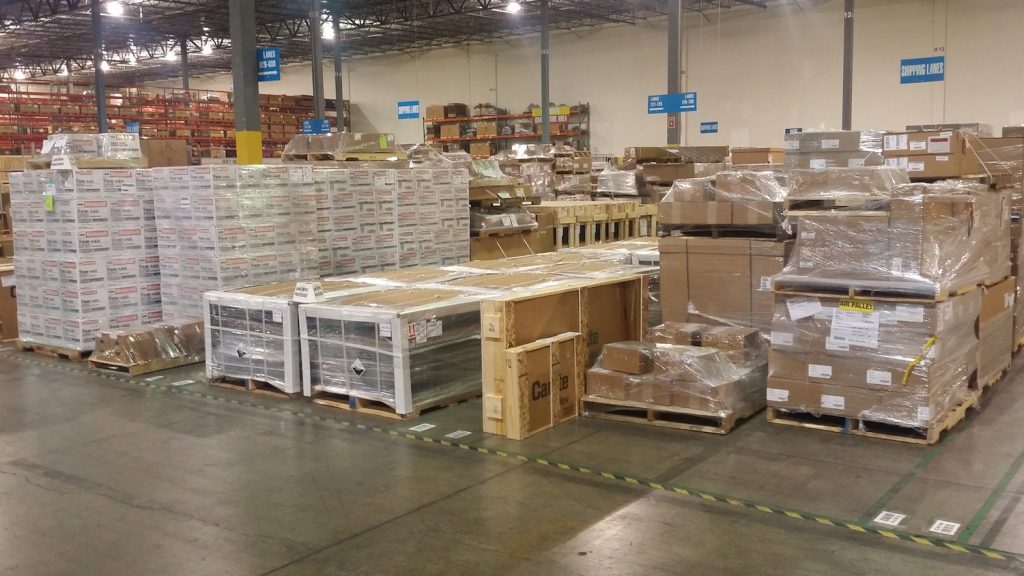 With continued growing demand and competition for service parts around the world, improving export processes has become vital to the image and profits of car brands. Centralising export logistics is a proven way to maintain control of resources and save money, and one such approach can be found for Ford Motor Company’s exports from North America.

The carmaker uses a combination of in-house and outsourced logistics management to distribute parts globally, including optimising packing and shipping, as well as managing collaboration across internal departments and external lead logistics providers (LLPs). KPIs are tracked across the entire order-to-delivery and invoicing process, measuring cycle time in days for each segment, and weekly averages to complete activities. Ford then sets actions to drive down variability and ultimately allow subsidiaries and dealers around the world to carry less inventory.

Timothy Kasper, manager of Ford International Distribution Operations (IDO), heads the OEM’s North American service parts export business, which is responsible for the distribution of service parts for vehicles built in North America and sold to customers outside the US. He oversees shipments to more than 80 countries worldwide, moving about 90% of parts to Ford subsidiaries and affiliates, and the rest directly to export dealers. In freight terms, Ford IDO ships around 8,200 40ft sea containers and 1,610 standard air freight containers annually. By sales volume, its top five destinations are the Dubai Ford Parts Depot, Ford of Mexico, Ford of Venezuela, Ford Brazil, and Ford China.

Ford IDO’s responsibility begins in North America. Here, parts fall into two categories: depot-stocked parts and supplier direct-shipped parts. Depot-stocked parts, which make up around 70% of the total, are moved first to Ford’s Export High Velocity Centre in Brownstown, Michigan, which the carmaker runs in-house. At this 37,000 sq.m facility, Ford stocks around 70% of its North American export parts. IDO maintains a large range of service parts, but does not stock batteries because of their limited shelf life, nor oils or lubricants because of hazardous materials transport requirements.

For supplier direct-shipped parts and specially packed hazardous material, most move first to an export and consolidation centre in Belleville, near Detroit Metro Airport, run by a joint venture between AEL Span and UTi Worldwide. “Our supply base does not export parts directly to our customers, so all supplier-direct-shipped parts ship to the Belleville centre. One reason for this is that Ford must physically receive the parts in order to generate payment to its suppliers through the EDI system,” Kasper says.

Global shipments to Ford’s 34 worldwide affiliates, including national sales companies, typically move to regional distribution centres; the affiliates order service parts stocked directly with IDO, then distribute them locally. On the other hand, there are around 115 worldwide export dealers in places where there is no regional Ford depot, including regions such Central America, the Caribbean and South Korea. These dealers order directly from IDO. 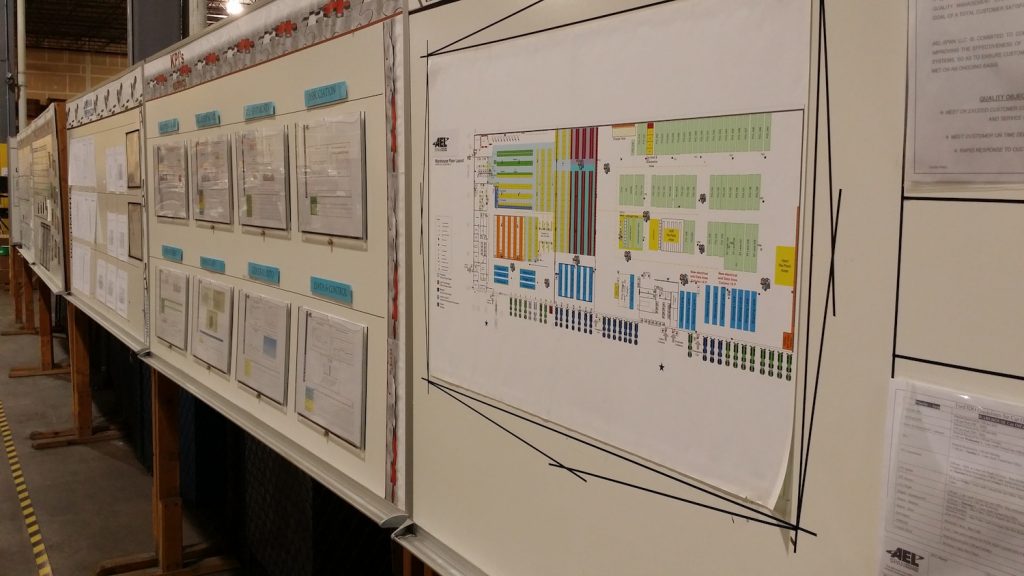 How does it work?

When placing an order, Ford’s export customers have three service options. The fastest method is air emergency, with a 1-3 day standard lead time. Air emergency parts are shipped directly by FedEx to the export customer or their freight forwarder. The next option, air stock, has a 3-7 day lead time, while ocean transport via full container obviously takes longer. Air transport accounts for around 35% of the total annual volume – an amount that has grown considerably during the past 18 months, particularly to China – while ocean transport is around 65% of total shipments.

Ford IDO reviews its warehouse layout regularly in conjunction with UTi and AEL Span. On the warehouse floor, the company uses dynamic customer lanes, with additional options if there are unexpected volume increases. “When we cannot contain a large spike in volume in the existing footprint of the consolidation centre, UTi/AEL Span offers Ford IDO options for temporary space,” Kasper adds.

"Since the Lincoln launch last year, IDO has experienced a 450% increase in ocean shipments and a 320% increase in air freight moves to China" – Timothy Kasper, Ford International Distribution Operations

Ford also uses the services of Livingston International for automated export system auditing, country of origin certifications, and brokerage – services that have been driven up lately by a push to make better use of free-trade agreements.

“We have seen a significant increase in the number of country of origin certifications needed by Middle East countries and by Russia for particular part commodities,” says Kasper. These certifications enable countries to receive the benefits of international trade agreements, including duty-free imports. “We have begun to provide our dealers and Ford entities with the proper documentation to take advantage of free-trade agreements involving the US for qualifying parts exports. Previously, they could not benefit from free-trade agreements because they did not possess the certificates of origin,” he points out.

Growth in the east

One of Ford IDO’s fastest growing destinations for spare parts is Shanghai, where Ford Motor China takes over responsibility. These are spare parts that are destined mainly for imported vehicles to Ford, while its local joint venture handles domestic Chinese parts. In 2014, Ford launched the Lincoln brand in China and introduced two new vehicles to the market. As each new vehicle launched, Ford IDO filled the network with all the service parts required to support the dealer network. “Since the Lincoln launch last year, IDO has experienced a 450% increase in ocean shipments and a 320% increase in air freight moves to China,” says Kasper.

This growth has led to a number of logistical challenges, including a shortage in ocean carrier capacity and congestion at ports on the US west coast. “We recently made a change in ports and are now moving our ocean shipments to China by rail to the port of Vancouver, Canada, instead of Long Beach [California]. Air transport is also a challenge, but UTi has been able to stay in front of capacity issues by utilising a diverse group of air carriers for shipments from Chicago, New York, and Detroit,” Kasper explains. 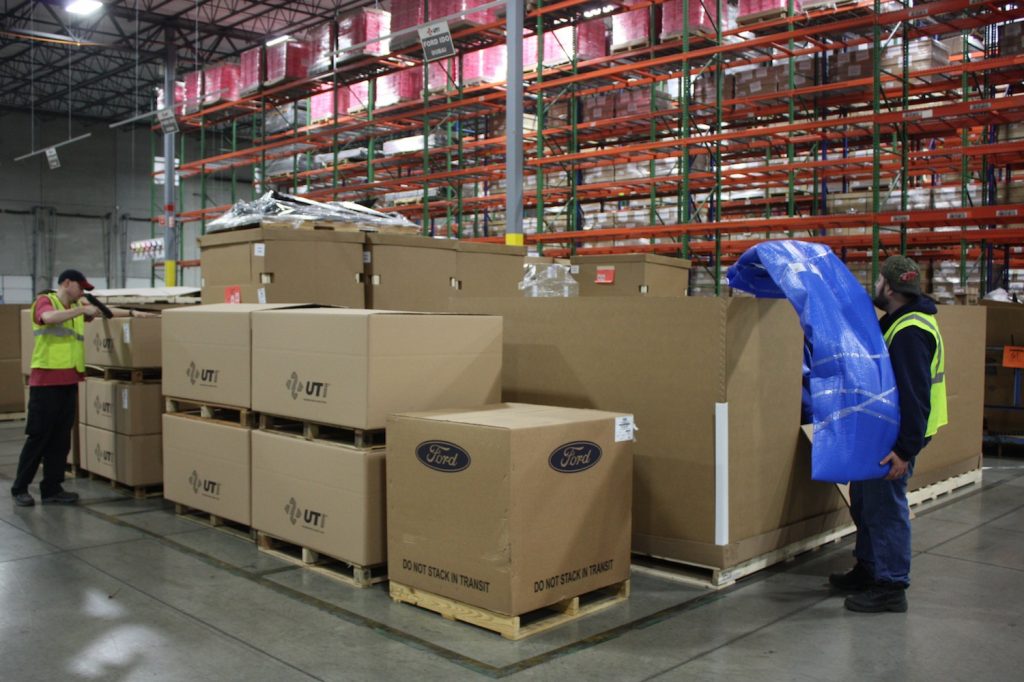 Chinese customs can also be a challenge, and Kasper says that part of the issue is learning exactly what the authorities want. Although Ford homologates its vehicles – the process of certifying that they are roadworthy and match criteria laid out by the government – Ford IDO’s individual parts have considerably more requirements than finished vehicles. For example, if vehicles were imported containing chemicals and fluids, Chinese customs would not ask for individual fluid specifications. However, if fluids such as coolant are imported separately, various tests will be required.

Kasper points out that Ford IDO is working closely with Ford’s China division to stay on top of the latest requirements. It also works with its parts depot and third party consolidation operations to ensure accuracy of the order packing, proper labelling and documentation, so that China’s customs authorities can more easily audit individual containers of parts during inspection and clearance.

Demand variability is a perennial issue for service parts distribution. Large fluctuations in demand do occur and can vary greatly by region. These can be caused by seasonality, weather conditions, currency exchange rates, tax or duty changes. For example, if a region introduces new taxes, or even if there is a rumour about new taxes, dealers clamour to buy parts before they may go into effect.

“We use historical data to plan for our operational and transportation capacity requirements, but many factors can challenge even the best-laid plans,” says Kasper.

Some of the biggest challenges are external forces such as abrupt changes to a country’s import regulations, part testing, or labelling requirements. “These issues can delay the shipment of an order for days or even weeks until we meet the new requirements,” says Kasper. A large measure of the success of Ford IDO’s operation depends on how well and how fast it reacts to these issues and resolves them, Kasper explains.

Over the past two years, Ford IDO has worked more closely with freight forwarders, Ford affiliates, and regional sales staff to keep ahead of regulatory changes. Resources are available that were not in place two years ago, including ensuring proper test certification documentation is available when needed, as well as third party test validation.

“We are now able to meet the ever-increasing demand by foreign governments for certification, country of origin, and safety regulation documentation,” explains Kasper. “We have also worked with Livingston International to make commercial invoice changes in order to meet US Customs requirements.”

Furthermore, Kasper says that the company holds weekly calls with all its operations to check any potential issues that could negatively affect cycle time. If there are potential container pooling issues, for example, Ford IDO, traffic, and operations have input to ensure an adequate supply of containers, and the freight forwarding team will review any booking issues. Kasper says that at the first sign of any problem, the IDO and operations teams will meet, including representatives from carriers or internal departments. 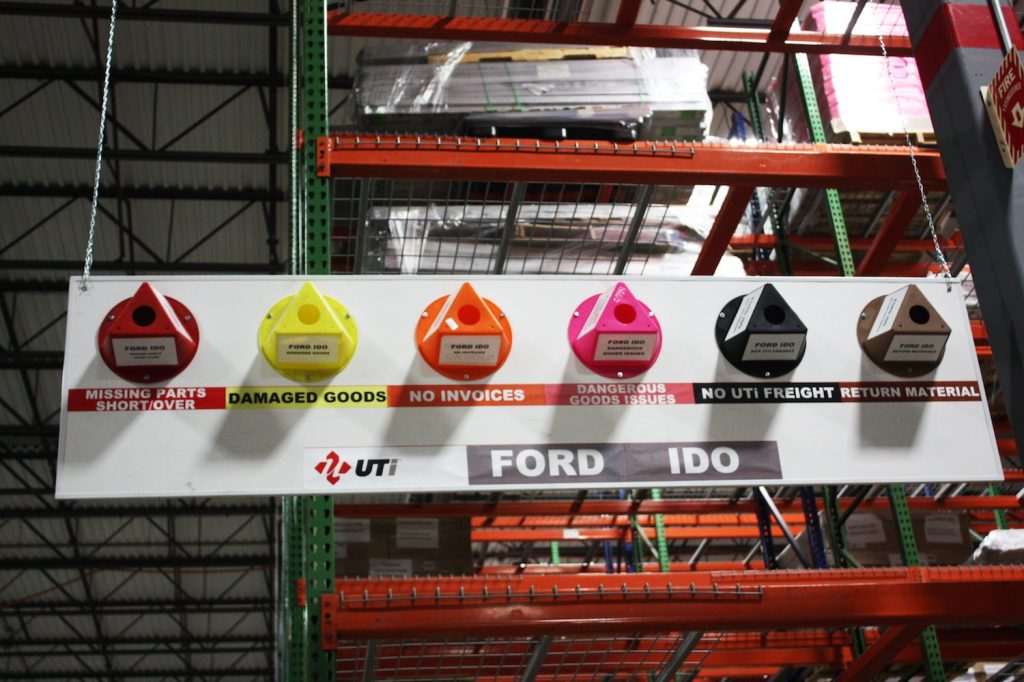 Improving all along a long, long way

To continue improving efficiency and to get costs as low as possible, Ford IDO has made several changes over the past year. In the Middle East, the company has implemented a FedEx Direct programme, where it ships directly from Detroit to dealers in Saudi Arabia and Kuwait. This is used when a dealer places an emergency order for a part that Ford IDO does not stock, or does not currently have at the Dubai depot.

The programme has been successful so far, and Ford is currently in the process of including its other Middle East dealers into the programme, including those in Iraq, Jordan, and others in the UAE. The programme is also in place in South Africa and other African countries.

Ford IDO is furthermore looking to consolidate the number of flights taken and reduce the number of part damage claims. The IDO team worked with UTi to develop a new product called the ‘Big Box’, which is a container with the largest dimensions permissible on an aircraft. It’s the same size as an airline cookie sheet (pallets made for aircraft) and is scored at different heights, so it can be resized depending on the amount of volume required.

With the Big Box, UTi can consolidate more cargo on one air waybill (the document issued by the carrier detailing freight), and Ford IDO can pack large parts that are more susceptible to damage, such as bumper covers.

“Since we have started using the Big Box for three of our large volume air customers, we have yielded substantial savings in outbound truck transportation, the number of air moves, and bumper cover claims. In fact, the Big Box that we are using for air transportation has yielded us a 40% increase in cube utilisation and has reduced cycle time by an average of three days,” Kasper says.

Ford IDO is also running a pilot programme with a modified version of the Big Box for use with ocean shipments from its Export High Velocity Centre in Brownsville. Kasper is predicting similar savings thanks to better cubic utilisation in the container, as well as from savings on part damage claims.

Such innovations demonstrate the potential that remains for improving global parts movements, both in local consolidation and packing operations. In particular, by working through a central location and combining parts flows, Ford has come a long way in improving how it ships parts an even longer way.