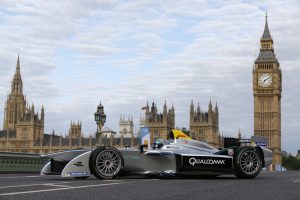 Formula E has said that it plans to bring electric trucks and buses to manage its paddock activities.

A British start-up company called Charge is working on an electric commercial vehicle that could be used to move cars, equipment, and people around the paddock at Formula E races – helping with on-site logistics. The vehicles could also be used to help with accident or emergency recovery of vehicles.

Formula E has always been a showcase to highlight the potential of electric vehicles, and this development could help to bring about change in the wider automotive logistics sector also.

A prototype vehicle is apparently being track tested in the UK. If the vehicles do eventually make it to Formula E, it is likely they will remain on-site to reduce the carbon emissions that would be needed to transport the vehicles between countries. Fathi Tlatli, president of automotive at DHL Customer Solution & Innovations said, “Formula E has optimised routing so there are regional clusters and two sets of race equipment, so you have fewer intercontinental movements. We have an Asia cluster, then South America, North America, and Europe.”

Formula E is measured in terms of the sustainability of its logistics, and already uses a considerable amount of multimodal activity to transport vehicles between races, utilising trains and ships. If on-site commercial vehicles aiding race logistics could also become electric, this would improve the race’s image further, driving down emissions, and increasing sustainability.