Gaz could be sold to VW to avoid US sanctions 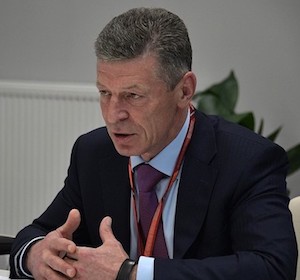 Volkswagen may purchase a stake in Gaz Group to help the Russian carmaker avoid US sanctions, said Russian deputy prime minister Dmitry Kozak, speaking during a press conference in Moscow on October 19. Negotiations have already taken place, but the final decision has not yet been made, Kozak added.

The US Treasury imposed sanctions in April against Russian billionaire Oleg Deripaska and eight companies in which he was a shareholder, including Russian Machines, the parent company of Gaz Group. Technically, the sanctions only prohibited trade with the carmaker for US companies and citizens, but, if introduced, the restrictions, most likely would freeze any international business for Gaz.

Kozak said he had met with US ambassador to Russia, Jon Huntsman Jr, to discuss how Gaz could avoid the sanctions. The US Treasury has postponed the introduction of the restrictions on the company several times since April, and following the recent meeting between Kozak and Huntsman, the date was pushed back from October 23, 2018 to December 12, 2018.

[mpu_ad]According to Kozak, the Russian government considered different ways of avoiding the sanctions, with one option including selling a stake in the company to Volkswagen. No additional details have been given as to what the stake would be. According to official information, Oleg Deripaska owns 65.56% of Gaz Group.

The OEM has around 600 non-Russian components suppliers, including US-based companies, which would be forced to cease trading with the company from October 23 in order not to be accused of breaking the sanction regime, Kozak claimed. The carmaker has some “reserve factor” that would allow it to keep things moving for several weeks after, but there was no chance that Gaz Group would be able to operate as usual, he added. According to Kozak, the US sanctions against Gaz jeopardised nearly 50,000 workplaces.

Any deal involving Gaz Group’s assets must be agreed with the Office of Foreign Assets Control (OFAC) of the US Department of the Treasury, Kozak said. During the meeting with Huntsman, the terms the US regulator would be satisfied with were discussed, and when an agreement is reached, some transition period would be needed to finalise the business procedures in the company, Kozak added.

Volkswagen and Gaz Group were not available for comment.