The changes at Gefco over the past year have been among the most closely watched in the automotive logistics sector, notably with RZD RussianRailways buying 75% of the company from PSA Peugeot Citroën, and General Motors outsourcing its logistics management in Europe to Gefco as a fourth party logistics provider (4PL).

While the company’s management is not yet prepared to discuss the next stage of these developments in detail, Thierry de Micheaux, Gefco’s new corporate director of finished vehicle logistics, revealed that the company is changing some aspects of its organisation and strategy. For example, Gefco has separated its central purchasing from its transport operations to create what de Micheaux called a “Chinese wall” between its 4PL ‘engineering’ functions, and the management of Gefco’s 3,500 rail wagons, 1,500 trucks and its network of vehicle compounds. Meanwhile, the provider is expanding operations in Russia and Central Asia, as well as other emerging markets such as China and Algeria.

“For Gefco, the change in shareholder and the 4PL contract with GM create huge potential, whether in rail, in Russia or elsewhere,” he said.

However, there are other internal developments for vehicle logistics at Gefco that predate the ownership changes and the GM contract, but which could play an important role in both. In particular, Gefco has been implementing new systems to improve visibility in the outbound supply chain and communicate across different OEM systems. “It’s a huge investment. One of our main targets for vehicle logistics is to improve IT integration with our customers outside of PSA,” he said.

For de Micheaux, these projects are part of a wider cultural shift at Gefco as it aims to become more aggressive and competitive both for PSA and non-PSA business. More clearly defined commercial parameters with PSA mean that Gefco must respect expectations for lead-time, quality and cost. Likewise, the company’s independence from the PSA Group could give it the opportunity to gain business with OEMs that it might not have been able to before. 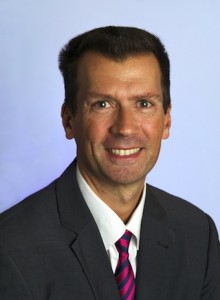 “We need to be more aggressive, because if we provide the right services at the market price, then the doors can open wider both at PSA and at others,” he said. “IT systems are a big part of this, because tracking and tracing information is essential to OEM customers.”

De Micheaux took over his current role in March this year, having most recently been responsible for managing Gefco’s European vehicle depots. His job at head office is focused on steering global standards and processes for outbound logistics in terms of IT systems, quality and financial control.

While the organisation is fairly centralised, transport purchasing and operations are outside of de Micheaux’s scope, and are instead managed by the country where distribution begins. As the majority of Gefco’s outbound business is still with PSA, Gefco France handles most transport purchasing. However, Gefco’s 4PL organisation will assume central control of logistics engineering. The 4PL will choose the most efficient transport method and mode, whether or not it’s a Gefco asset.

“There has to be a ‘Chinese wall’ to break the relationship between the 3PL and the 4PL, so that the 4PL doesn’t just become a means to fill Gefco assets,” de Micheaux said.

A new adventure with PSA

Amid this division between engineering, purchasing and asset management, de Micheaux’s department monitors Gefco’s performance and ensures it is satisfying its largest contracts. De Micheaux repeatedly stressed the importance of meeting KPI requirements, as Gefco’s competitive pressures are now stronger than ever, including for PSA, still its largest customer by far.

“We’ve started a new adventure with PSA and it’s one in which we need to act as normal suppliers as non-respect of requirements for lead times, damage rates and KPIs would lead to penalties,” he said.

At ten years, the contract between PSA and Gefco is remarkably long by industry standards, but it has prompted significant changes in Gefco’s business. PSA will review the contract’s exclusivity period after five years and assess Gefco’s performance, which obviously puts more commercial pressure on Gefco.

However, this relationship also means that Gefco can challenge PSA if the carmaker fails to provide vigorous forecasts and distribution data to Gefco. “If PSA production would be lower than expected, it would be a real issue for how we used our resources,” says de Micheaux. “In the past we would have maximised our assets for PSA, but now, if PSA fails to meet our requirements, we will have to adapt our assets and think about moving them elsewhere.”

If Gefco proves competitive, it also stands to gain more business with PSA. Even under the carmaker’s ownership, Gefco had never been responsible for all outbound operations. Last year, for example, de Micheaux says that Gefco carried out pre-delivery inspection (PDI) for about 500,000 PSA vehicles globally, or about 25% of the total.

There are also local operators that carry out some transport or accessory operations.  “There is a huge amount of business that Gefco could capture, but we have to benchmark intensely against our competitors,” he said.

While PSA remains integral to Gefco’s business, it’s clear that diversification among other customers – not least with General Motors – will be more important than ever. That too, said de Micheaux, will depend on the company’s competitiveness. More than any other service, including transport, de Micheaux believes that the real differentiator for Gefco will be its strength in IT communication and visibility.

“The target today should be information and providing door-to-door visibility. Transport itself can be done by anyone,” he said.

Gefco currently has two major IT projects for vehicle logistics. Automotive Reporting Executing Solutions (ARES) reports all outbound operational data, including vehicle releases, transport, arrival at compounds, post-production work, PDI, and delivery delays. This information can then be communicated to customers and dealers via an online portal. Begun in 2008, ARES is a global programme, and de Micheaux anticipates its deployment should be finished next year.

"We've started a new adventure with PSA and it's one in which we need to act as normal suppliers as non-respect of requirements for lead times, damage rates and KPIs would lead to penalties" - Thierry de Micheaux, Gefco

Gefco is also implementing a system that aims to better integrate its IT platforms with those of its customers. Automotive Business Customer Integration System (ABCIS) serves as a hub whereby different OEM systems will be able to communicate with Gefco. “Each OEM has its own systems, which are often different country by country,” said de Micheaux.

Gefco kicked off the project in the wake of its 2011 purchase of the Italian haulier Mercurio Group, which brought several new automotive customers to Gefco’s stable outside of PSA. ABCIS is therefore a backbone of the company’s diversification strategy. It has already been rolled out in a number of regions in Europe, including in the UK for GM, where it connects different platforms between Chevrolet and Vauxhall.

The systems will eventually be rolled out globally.  “Thanks to ARES and ABCIS we can now keep our customers informed and communicate between different systems,” de Micheaux said.

Given the continuing downturn in Europe, Gefco’s global expansion plans have become all the more important. Along with new business ventures in China, Kazakhstan and Brazil, the company will open a subsidiary this year in Algeria, which is a fast growing market for vehicle imports, notably French brands – Peuge 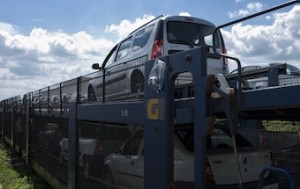 Gefco is exploring long distance rail flows between Europe and Asia
ot Citroën sales in the country doubled in 2012 to 81,000 vehicles. And while the Mercurio purchase gave Gefco outbound assets in India, de Micheaux said the company plans to expand further in the country.

Of course, with RZD as its main shareholder, Gefco’s centre of gravity is inevitably shifting towards Moscow. The provider is growing in Russia and Central Asia as well as exploring long distance rail flows between Europe and Asia. Gefco is also going to train a team of Russian logistics engineers at its Paris headquarters to improve its local technical capability in Russia.

“We’re doing this to create more synergies for customers between the East and the West and to start the integration between the two groups,”
de Micheaux said.

While the 4PL structure will be independent from Gefco’s transport assets, the provider is nevertheless trying to improve its capacity utilisation. Gefco has cut back on sub-contractors to maintain its in-house fleet and is also investing in some new equipment. Earlier this year for example, Gefco launched a new, covered trailer that has the same loading capacity as an uncovered trailer. De Micheaux believes that the trailer can be part of a door-to-door service that delivers a ‘showroom-ready’ vehicle to dealers. “We transfer cars from the plant to compounds, where they are PDI’ed, and then sent in a protected trailer to showrooms,” he said. “It seems simple, but it helps to avoid damages and can prevent a last PDI for dealers.”

While global expansion and new equipment will be important, de Micheaux comes back to IT, quality standards and consistent service as the best way for the company to gain more business, whether in France, Russia or China. “We have to consolidate our systems and data so that we can provide the same level of service and information from East to West,” he said. “I have yet to see that in the automotive industry. It will be a struggle, but if we can provide it, we’ll greatly benefit.”