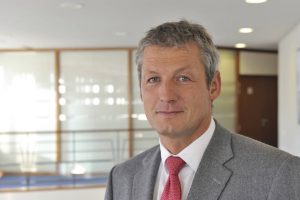 Transport and logistics company Gefco plans to spend up to €400m ($478m) on mergers and acquisitions over the next few years, including a possible €20-30m earmarked for Russia, according to CEO, Luc Nadal, in an interview with the Russian media outlet Vedomosti.

Nadal revealed that the company, which is majority owned by Russian Railways (RZD), is looking to acquire automotive-related assets in Russia, including in the areas of new and used vehicle movement, as well as inbound. At the moment, the company is considering one specific M&A project in Russia and several internationally.

A number of deals are expected to be revealed in the coming two months, though Nadal said he was not in a position to disclose further details ahead of their completion.

He did say that the figure of €400m was on the threshold of what Gefco could afford to spend, and would not exceed its debt limit.

The announcement comes as something of a surprise as it is currently a bad time for capital investments in the Russian automotive logistics industry, something Nadal acknowledged, adding that it was the company’s policy “to have as few assets as possible” and not allocate investments without urgent need.

“We opt to either lend or lease so to not put an additional burden upon the company’s balance sheet,” he said.

Typically, Gefco makes capital investments in warehouses and fleet assets when there is interest from a specific customer. As an example, next month the company will officially open a 12,000 sq.m logistics warehouse and sequencing centre in Halewood, UK following an investment of £10m ($12.4m).

“If we see similar opportunity in Russia, we will take it,” said Nadal in the interview. “However, nowadays there are a lot of empty warehouses in Russia, so it is a bad time for such type of expenditures. We use to invest into terminal yards, warehouses and carriages, where there are long-term contracts under these projects and a relevant client base.”

Russia secures faster growthRussia is a territory that Gefco is keen to expand in, not least given that its turnover is set to rise by 20% there next year (and from 4% to 5% globally). Gefco is also likely to benefit from the fact that a growing number of companies in Russia have been outsourcing logistics functions to improve business effectiveness.

However, there is still work to be done on convincing customers of the advantages of that outsourcing according to Nadal, who said that, in general, the logistics market in Russia is still under-developed. While in Europe competition with other third-party providers is established, in Russia the potential advantages for a company of outsourcing logistics still has to be explained.

Nonetheless, in 2017 the Gefco’s combined financial performance will mostly depend on the situation in Europe, where, according to Nadal, everything is going well so far. Economic growth in the first half of the year has accelerated and the political situation has stabilised, so the company now expects to increase earnings before tax to €172m, or by 8% compared to 2016.

In June, Gefco confirmed RZD was considering selling a partial stake in the company but planned to remain the majority shareholder.