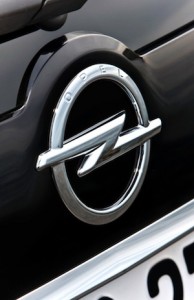 In Spain, General Motors has begun sending consignments of finished vehicles from its manufacturing plant at Figueruelas, near Zaragoza in the north of the country, to the port of Valencia, on the Mediterranean coast, using the old railway link that passes through the city of Teruel.

Local press reports suggest that a series of trials are under way to see whether investment should be made into the line to allow it to optimise the carriage of more freight. Currently, the link is in a poor state of repair, leading to both capacity and speed limitations being imposed. However, GM wants to see whether it is more profitable to make use of the Teruel line, rather than sending trains via Tarragona, which is what happens at present. Crucially, the Teruel link is 300km shorter.

In the meantime, representatives from companies in both Aragón and Valencia are continuing to lobby the central government for the necessary upgrade and repairs to the Teruel line, including an increase in capacity between Sagunto, Teruel and Zaragoza.

It emerged recently that the first trial took place as early as February 11th, and trials have continued at the rate of one train per week. The initial despatch consisted of a 550-metre long train loaded with 240 Opel units. From Valencia port, these were then exported to Turkey.

There have been problems with the trials, especially regarding platforms at both Teruel and Segorbe stations, where the main body of the car carriers has scraped the concrete. However, after a short break in the service, trains from Figueruelas have once again started running.

The cost of bringing the line up to an acceptable standard, which would include electrification, has been put at almost €223m ($250m). However, only €50,000 has been allocated to the line under the next government budget, although plans have been put forward to undertake the most urgent work at a cost of between €38m and €42m, which would enable trains of up to 750 metres to operate.

Currently, freight trains are limited to speeds of no more than 28kph, with some 15 limitations in Aragón of just 15kph.

A spokesperson for GM in Spain said they would be “delighted” to make use of the Teruel line if it were “viable and efficient”, although no decision on whether regular services will operate will be taken until the series of trials has finished.