US automotive logistics executives complain that they are feeling the pain of regulatory increases across all transport modes, with the driver pool likely to shrink as well. 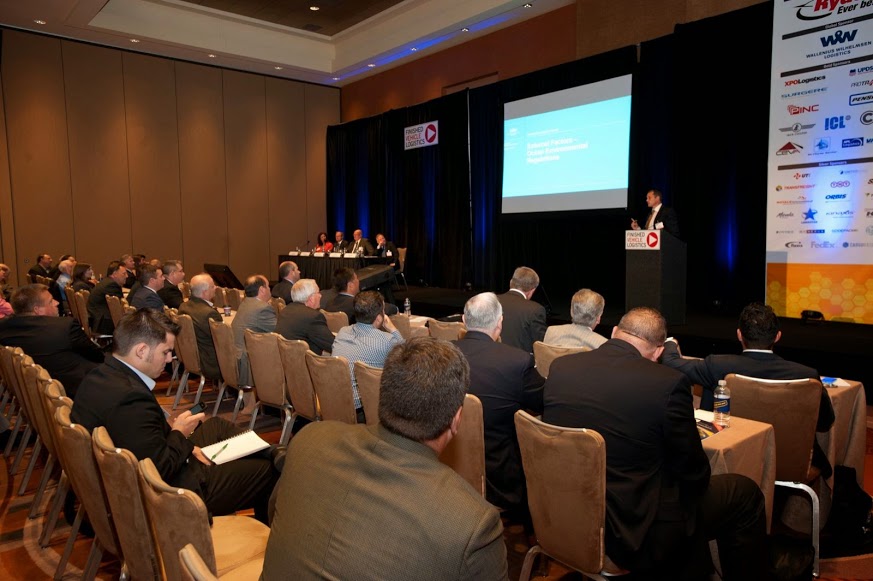 American businesses have never been fans of regulation. In the automotive industry, it’s currently coming thick and fast, leaving OEMs, suppliers, and logistics businesses a less than happy bunch. Whether it’s over safety, emissions, materials, the environment, sulphur levels, or alternative fuels – and that’s before even considering hours of service, retirement, electronic logging devices, or the proposed drug and alcohol clearinghouse registry, along with plenty more – regulations are taking their toll. While they may be well meaning (attempting to make roads safer, improving welfare, decreasing emissions), they have a significant impact on the industry. At the Automotive Logistics Global Conference 2014, executives across all transport modes discussed regulation, and what affect it will have on logistics and supply chain businesses.

New rules on the rails

Linda Brandl, vice-president at Union Pacific Railroad, discussed how much regulation the railroads are already subject to, whether this is concerning hours of service, training, restrictions on pricing, or positive train control. A few months ago, the US Department of Transportation (DoT) announced a comprehensive proposed rulemaking for the safe transport of crude oil and other flammable materials on the railway. The proposal suggests restricting high-hazard flammable trains (HHFT) in high threat urban areas to 40mph (65kph), and implementing electronically controlled pneumatic brakes, which Brandl said simply don’t work.

This may not directly affect trains carrying vehicles, but the speed restrictions applicable to HHFTs will impact the speed of all traffic on the same line, with velocity reductions across the entire network. This will lead to increased transit times, and more congestion. Growth capacity on major segments of Union Pacific Railroad’s network would be severely reduced or eliminated, and there would be network disruptions. The effects would be similar to the polar vortex of last winter, explained Brandl, with long recovery times. “Replacing lost capacity will require years,” Brandl said.

The DoT’s proposal is to support increased safety measures, which Brandl said, “is a hard soundbite to argue with”. However, Brandl believes you can maximise rail safety without significantly impacting network fluidity and growth capacity. 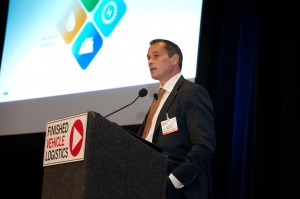 Ships are also subject to increasing tight regulations. The new sulphur regulations, due to come into force on January 1st 2015 for the US and Canadian coastlines, are likely to increase fuel costs by 50% in some segments, according to Erik Nyheim, chief commercial officer at Wallenius Wilhelmsen Logistics. The current limit of sulphur in fuel is 1%, which means ships are using low-sulphur heavy fuel oil (HFO), but the new limit will be 0.1%, when ships will have to switch to distillate fuel or another alternative. These regulations, originally ratified by the International Maritime Organization, a division of the United Nations, have not been implemented lightly: there are thousands of premature deaths every year caused by maritime sulphur emissions.

Nyheim said there is a four-stream approach to sulphur compliance: distillate fuels; other energy sources including fuel cells and LNG (liquefied natural gas), although there are still issues around onboard storage of LNG; low sulphur bunker oil; or exhaust gas cleaning systems, known as scrubbers. However, there is a question around the effectiveness of scrubbers, which are not easy to implement, and are expensive. Nyheim said, “There are technical challenges for all.”

Nyheim is concerned that after the new regulation comes into force, if enforcement is weak, there will be a temptation to cut corners as the financial rewards are large, and fines are negligible. The regulations will affect the US and Canadian east and west coasts, along with most of northern Europe, so there will be large areas of the world that won’t be affected. Nyheim said that today, around half of all vessels are not meeting sulphur regulations, and if it continues, there will be no positive impact on the environment, or on public health.

For truckers and trucking companies, previous regulations have not always had the desired effect, according to Bob Farrell, executive director of the automotive carriers conference at the American Trucking Associations (ATA). One example, he said, has been the new hours of service rules that came into effect in summer 2013, including a controversial rest break requirement and 34-hour restart.

Farrell explained that an American Transportation Research Institute Survey of over 2,300 drivers and 446 motor carriers found that after the new rules were implemented, 80% of carriers lost productivity, and 49.9% of carriers now require more drivers to haul the same amount of freight. For drivers, 49% said the new rules had a negative impact on their quality of life, 38.5% felt more fatigued, and 28% felt much more fatigued, with 67.4% also saying their pay had decreased.

Farrell said that the Federal Motor Carrier Safety Administration had overstated the benefits of the new regulations, and understated the impact. However, there is a congressionally mandated 34-hour restart study by the US Government Accountability Office coming, and a possible legislative fix to suspend the 34-hour restart while the study is conducted. In addition to this, there are issues over the regulation surrounding electronic logging devices, the proposed drug and alcohol clearinghouse registry, sleep apnea studies, and comprehensive safety analysis. This coupled with retirements in driver ranks, issues from other government bodies, and economic growth, all leads to driving hiring issues, according to Farrell. 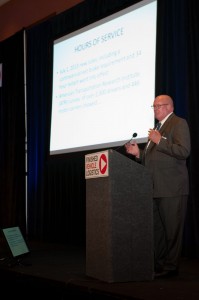 ATA's Farrell is concerned about the negative impacts of trucking regulation
According to an ATA survey, 77% of carriers say it’s a challenge to find drivers, 88% said they are getting enough but not of high enough quality, and 96,178 new drivers are needed per year. By 2022, there is a potential shortage of supply versus demand.

And it’s not just legislation affecting drivers, but trucking equipment, too. With new fuel economy and GHG (greenhouse gas) standards deadlines approaching, vehicles may require separate engine and trailer standards to cope with new equipment, as well as waste heat recovery systems, new transmissions, advanced tyres, improved aerodynamics, or a whole new powertrain. According to Farrell, this will have the knock-on effect of making vehicles more expensive, bigger, and reducing their carrying capacity due to an increase in cab size to accommodate the new standards.