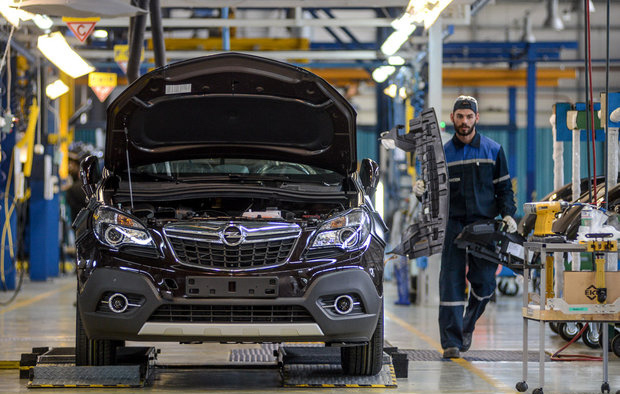 GM has ceased assembly of Chevrolet and Cadillac cars in Belarus for the local market and for Russia, following its exit from production in Russia in 2015.

The vehicles, starting with the Opel Mokka and Chevrolet Tracker (elsewhere renamed the Trax) and later the Chevrolet Tahoe and Cadillac Escalade, were assembled from knockdown kits by its contract manufacturer, Unison, in Minsk. GM first started assembly at the plant in 2015.

The company said it would now supply these models to Russia as finished vehicles from the US but has so far not confirmed which plants in the US will be making these exports. The carmaker’s facility in Arlington, Texas, currently makes the Escalade and Tahoe SUVs but the Chevy Trax is made in Mexico and South Korea. A spokesperson for GM said that in the fourth quarter of last year several of its US assembly plants began exporting select products to Russia and that they remained subject to market demand but it would not disclose more specific information.

As far as the Mokka is concerned, the Opel brand is now owned by PSA Group, which also makes vehicles under contract at the Unison plant in Belarus, including the Peugeot 508 and Citroën Berlingo, but a spokesperson for the French carmaker said production of Opel brands for the Russian market was not a priority for the group.

Under the original assembly contract GM signed with federal authorities in neighbouring Russia, it was obliged to raise localisation of components to 30% of the total vehicle by January 1st 2017, with a further rise to 50% by July 1st this year. In exchange, GM was granted the right to import automotive kits into the Customs Union of Russia, Belarus and Kazakhstan without paying the 25% import duty for as long as met this commitment.

GM also obtained the right to duty-free export of finished vehicles from the Unison plant to Russia – a crucial part of the deal as up to 85% of cars from the facility reportedly ended up there.

Speaking to Auto Review, a local news source in Belarus, a spokesperson for GM confirmed that the company had stopped assembly because “the advantages of finished vehicle assembly in Belarus had faded”. He said the carmaker had decided that vehicles delivered to the Russian market would now be made in the US.

However, the spokesperson also said that the investment agreement between GM and Unison had only been suspended, rather than abandoned ­– leaving the door open for the carmaker to return to Belarus should vehicle assembly there make financial sense again in the future.

It is not clear what GM meant when it said advantages in the local market had faded. Citing industry experts, however, Belarus’ independent news media has suggested the volume of export supplies to Russia in the last few years has been discouraging while sales inside Belarus have been miserable, meaning that the company could not justify additional investments in the facility to meet its localisation targets.

In the period from January to December 2017, GM sold around 28,600 Chevrolet vehicles and 1,240 Cadillac vehicles in Russia, according to the Russian Association of European Business. Both figures were slightly up on 2016. It is believed that GM exported up to 15,000 finished vehicles to Russia from Belarus last year, although production levels at the assembly plant have never been disclosed.

Unison’s Minsk plant was the last site where GM was assembling its own brands in the post-Soviet Russian region. On top of closing its plant near St Petersburg in 2015, it also stopped making GM-brand Astra and Zafira cars at Avtotor’s plant in Kaliningrad, as well as ending production of the Chevrolet Aveo under contract at the GAZ plant in Nizhny Novgorod.