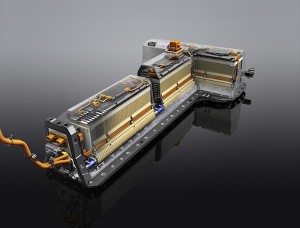 General Motors’ chief executive officer Mary Barra has confirmed that the carmaker is further localising the supply chain for Chevrolet Volt in the US amid new investment in its home state of Michigan. Among the key components coming to the state, GM’s Warren Transmission Plant will be the manufacturing location for the Chevrolet Volt’s electric drive unit, moving from its current location in Ramos Arzipe, Mexico.

Warren is around 7 miles (11km) from the Detroit-Hamtramck plant where the Volt and Cadillac ELR are assembled.

GM revealed that it would increase supply chain localisation by about 20% for plug-in hybrid car in the US. Around 70% of the Volt’s parts will be made in the US or Canada within the first year of production. GM believes this is the highest percentage for a plug-in or conventional hybrid.

Most of the Volt’s major powertrain components, including battery cells and its range-extender, will now be made in Michigan. The Volt’s new 1.5-litre engine will be built at the GM plant in Flint, Michigan. The car’s lithium-ion battery pack is already assembled in Brownstone, south of Detroit. Battery cells are supplied by LG Chem in Holland, Michigan, and the electric motors will also be manufactured in the US.

In an interview with Automotive Logistics, General Motors' head of global logistics, Edgard Pezzo, said that the carmaker was looking for opportunities to bring suppliers closer to manufacturing plants in North America as a means to save logistics costs.

Between now and the end of 2014, GM will also invest around $300m in Michigan, with more details to follow.

“We must provide the breakthrough technology that our customers want,” said Barra. “Our investments in the Chevy Volt and Michigan signify our commitment to lead the industry in technology and innovation.”

Around $1.82 billion has been invested in projects specifically focused on vehicle electrification.

Over the past five years, GM has invested more than $11 billion in the US. Around half that investment was committed to Michigan. Alongside investment, GM has been developing initiatives that will lead to more than 22,600 jobs across the US, with many jobs in Michigan.