GM invests in Flint plant upgrade with benefits for inbound 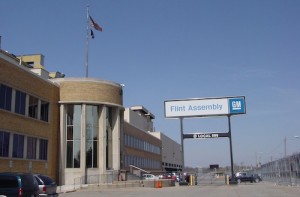 GM has announced plans to invest $877m at Flint, the OEM’s oldest assembly plant in North America in an major overhaul that promises to reduce handling and the time it takes to ship parts inbound.

As part of the plans GM is building a new body shop for the assembly plant, closer to the Flint Metal Center, which supplies sheet metal and other parts for the Chevrolet and GMC full-size pickups.

Cathy Clegg, GM North America manufacturing and labor relations vice president said, “This investment will allow us to use a more innovative approach to deliver material between two critical facilities, reducing handling and the time it takes to ship parts.

“While the plant has received numerous awards for initial quality and long-term durability and reliability, our latest investments in the plant will raise the bar in vehicle quality and customer satisfaction.”

Along with the new body shop, the investment will also cover retooling, installation of new equipment at the plant, and improvements to the general assembly area inside Flint Assembly. Work on the new 82,000 sq.m body shop is expected to begin in the first half of next year, and is due for completion in 2018.

Over the past four years, GM has announced investments of $1.8 billion for the Flint Assembly plant, including $600m for plant upgrades and a new standalone paint shop that is due to open next year.

The Flint plant has been open since 1947, and was constructed as part of a post-World War II building boom. Since opening, the plant has produced more than 13m vehicles. Customers can see their Silverado or Sierra trucks being assembled and rolling off the line through the plant’s ‘View Builds’.

GM has made a series of large investments recently. In the US, the Flint announcement marks the end of the $5.4 billion that GM and United Auto Workers (UAW) announced at the end of April. Around $784m of the investments will be spent on plants in Michigan. The OEM will spend $520m on tooling and equipment at the Lansing Delta Township assembly plant, $139.5m for a new body shop and stamping facility at pre-production operations in Warren, and $124m at the Pontiac Michigan stamping plant.

In May this year, GM announced that it will invest $1.2 billion in pickup truck assembly at its Fort Wayne plant. The OEM plans to improve material sequencing and conveyance systems to make the plant more efficient and competitive. GM is also investing $1.3 billion in its large SUV plant in Arlington, Texas.