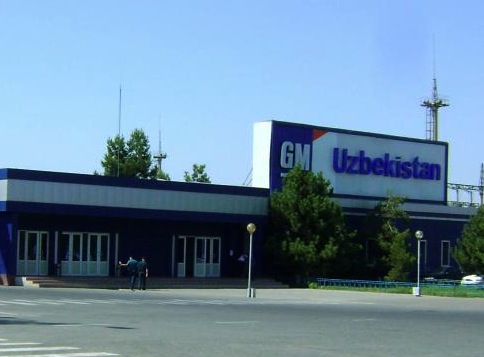 GM's joint venture with the government of Uzbekistan has revealed plans to open assembly plants in neighbouring Kyrgyzstan and in Russia.

Jahongir Tillaev, director of sales and service for GM-Uzbekistan, said the move would benefit both the company and its customers, as it would ultimately bring down the price of vehicles in the two markets.

A spokesman for Automotive Center Estacada, the organisation representing GM-Uzbekistan in Kyrgyzstan, said the assembly plant there would be opened in cooperation with a local partner. Preparation work on the site is slated to start this month and the facility should produce its first finished vehicles by the end of the year.

Plans for a new GM-Uzbekistan plant in Russia, meanwhile, which were first mentioned last year, have been confirmed by Uzbekistan’s deputy prime minister, Nodir Otazhonov. Speaking at a recent press conference, Otazhonov said the carmaker was in discussions with Russia’s Industry and Trade Ministry of Russia about the legislative framework underpinning the plans and was already looking at a potential site for the facility. That could be in either the Samara or Leningrad regions, he added.

Industry and trade minister Denis Manturov has also confirmed negotiations are underway, and said they included the potential for a special investment contract (SPIC), giving the carmaker various tax breaks and bonuses in return for the investment it was making.

The Russian Industry and Trade Ministry said that among other options, GM-Uzbekistan had been offered the chance to revive production at the former GM plant in St Petersburg. The plant was shut down in 2015 and has remained empty ever since.

Maxim Meiksin, a spokesman for the regional government there, told local press that GM-Uzbekistan would be very welcome at the former GM plant, but that no negotiations were currently taking place over this.

GM-Uzbekistan started assembling vehicles under the Ravon brand in late 2016 in Uzbekistan. The carmaker exported 10,000 finished vehicles in the first half of 2017 and had plans to double this figure in the second half of the year. This year, meanwhile, the company is planning to increase exports to 35,000 units. Russia imported 12,000 finished vehicles from GM-Uzbekistan in 2017, according to the country’s Federal Customs Service.

The carmaker is understood to be moving to more localised production primarily to avoid the 25% duty that applies to vehicles imported into the Eurasian Economic Union (Russia, Belarus, Kazakhstan, Armenia and Kyrgyzstan). If it signs up to a SPIC with the Russian government, GM-Uzbekistan would also be able to import automotive components there at reduced levels of duty.

The same reason lies behind the opening of a GM-Uzbekistan assembly plant in Kazakhstan last year, which has a capacity of nearly 5,000 vehicles per year.

On the back of strong growth in exports, GM-Uzbekistan is also planning major expansion of its plants in Uzbekistan. According to the state program adopted in mid-2017, the company will start manufacturing a new passenger car by 2020, producing some 46,000 units a year. This will involve investment of around $144m, including $60m of investment by GM. Between 2019 and 2021, meanwhile, the joint venture is set to receive a further $130m of funding to start production of another new branded model, of which it will produce 43,000 units a year. What proportion of that will be supplied by GM is not yet clear.