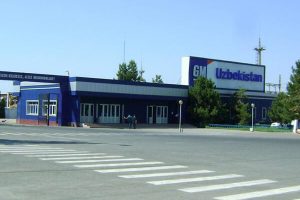 General Motors has sold off its remaining stake in the GM Uzbekistan joint venture to state-owned company Uzavtosanoat, which held the majority stake in the company. GM Uzbekistan makes Ravon and Chevrolet vehicles at its plant in Asaka.

Uzavtosanoat held a 75% stake in the company from 2008 but increased that to 90% in May last year after the management of the plant was sharply criticised by Uzbek president Shavkat Mirziyoyev, who claimed the plant existed only “for the sake of appearance” and there was “no use from it”.

Uzavtosanoat declared plans last year to complete the buyout of the remaining shares by the end of the year and remove any reference to GM shortly after.

In a statement posted in Gazeta, the official publication of the national government, in late December, Shavkat Umurzakov, chairman of the board of Uzavtosanoat, said the company was also in talks to acquire GM’s stake in the engine plant – GM Powertrain Uzbekistan. GM currently holds a 52% stake in the plant, according to Umurzakov, almost 20% less than it did in May last year, according to information from Uzavtosanoat, suggesting the buyout was on the way.

Just-in-time deliveryDespite Mirziyoyev’s criticism, 2018 was a record-breaking year for GM Uzbekistan, both in terms of production performance and operational effectiveness, according to Uzavtosanoat. The plant assembled almost 220,670 vehicles in 2018, compared to the 135,470 assembled in the previous year. In addition, it managed to cut production costs by 10-16% compared with the previous year, to a large extent through optimisation of logistics processes.

Umidzhan Salimov, development director of Uzavtosanoat, said the plant began operating on a just-in-time basis, with parts delivered to the line exactly when they were needed for assembly, an approach that cut costs for in-house and warehouse logistics.

GM Uzbekistan – as the company is still officially called – has plans to open a vehicle assembly plant in Russia, Salimov told local news outlet Podrobno, adding that the company was in talks with the Russian Industry and Trade Ministry about doing so last year. Salimov said that “negotiations are ongoing”, but “the final word is yet to be said”. Establishing a plant in Russia would remove the 25% duty applied to vehicles imported from Uzbekistan.