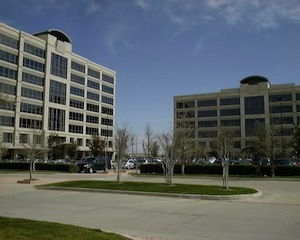 Goldman Sachs Group’s private equity arm, along with buyout firm Rhone Capital, are close to acquiring Neovia Logistics for more than $1 billion, including debts, according to press reports. Neovia is a third party logistics provider with substantial operations in the automotive and industrial sectors, including spare parts distribution.

A Reuters article, citing sources close to the deal, reported that the sale is close to be finalised after Goldman Sachs and Rhone Capital outbid Blackstone Group, another private equity firm. Neovia Logistics (formerly Caterpillar Logistics) is owned 65% by private equity firm Platinum Equity, which bought its stake two years ago from industrial conglomerate Caterpillar, which has retained a 35% stake. It is not clear whether the reported sale was for 100% of the company or Platinum’s stake, although Thomas Cullen, practice leader at logistics consultancy Transport Intelligence, wrote in a recent blog post that the transaction was for Platinum’s stake.

None of the companies involved are currently commenting on the possible sale.

Neovia has been up for sale since April, according to Reuters. XPO Logistics had also shown interest in acquiring Neovia, but is said to have exited the process a few weeks ago. In September, XPO acquired New Breed Logistics in a $615m deal from Warburg Pincus, a private equity firm.

Platinum Equity acquired its stake in Neovia from Caterpillar for around $750m. Cullen wrote that the reported purchase figure of $1 billion would represent a surprisingly high profit for Platinum, especially considering Neovia’s relatively high levels of corporate debt. “Such an amount [$750m] was regarded as high, with a number of other investors refusing to consider the offer to buy a majority stake even at a price considerably lower than this.”

Cullen explained that Platinum issued $125m of corporate bonds into Neovia earlier in 2014, leading to a downgrade in the credit rating to B3. Even before this issue, Neovia was estimated to have over $600m in corporate debt (not counting pensions and property leases).