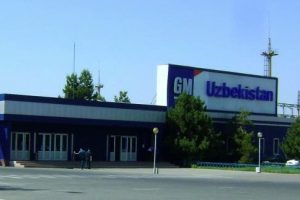 The growth in exports was wholly accounted for by GM-Uzbekistan, the joint venture between state-owned OJSC UzAvtosanoat (which holds a 75% stake) and GM and the only company with a production facility for light passenger vehicles in the country.

Over the past few years, Uzbekistan has been drawing up an export strategy that includes automotive. The target for 2017 is to deliver goods worth $10.8 billion to foreign markets and the government has taken steps to encourage GM-Uzbekistan and its suppliers to export in support of this.

In 2016, tier one suppliers based in the country started exporting powertrains and engine components to the UK, brake disks to Latvia and oscillators to Korea, according to the Ministry of Economy.

In addition, GM-Uzbekistan began exporting the Ravon model to Russia last year – though this was not without controversy as certain volumes were reportedly involved in a shadowy re-export scheme that led to the arrest of several executives.

In general, however, Ravon sales did well in Russia last year. The Ravon R2 was the most popular small engine capacity vehicle in November and December, according to Russia’s Autostat consulting agency. And last week (February 8th) Russian media outlet, Life Auto, reported that the success of Ravon in Russia had led Uzbekistan into talks with Russia over the possible launch of an assembly line for GM-Uzbekistan cars there.

According to an unnamed source, GM-Uzbekistan is considering assembly at the Derways plant in Cherkessk, in the south-west of the country on the northern Caucasus, with output most likely from complete knockdown (CKD) kits. If so, GM-Uzbekistan could exploit the terms of the industrial assembly agreement Derways has in place until 2018. That includes the ability to import automotive components with customs duties of 0-5%, instead of 25-30% as standard.

A key advantage of production there from a logistics perspective would be that automotive kits and components could be shipped via the Caspian Sea, avoiding the need for long journeys overland via Kazakhstan.

While low volume models continue to be imported, mainstream production ended when GM shut down the St Petersburg plant back in 2015.

There are still some issues to resolve, however. One is that Uzbekistan has asked for some delay in the payment of the utilisation fee applied to finished vehicles moving into Russia. Every foreign import is currently subject to an up-front fee equating to 5% of the sale price to cover the cost of recycling under this scheme.

This issue could be up for discussion at the next session of the intergovernmental commission on economic cooperation between Russia and Uzbekistan, however, according to the source quoted in Life Auto.