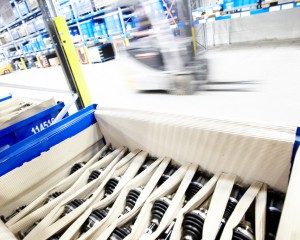 Hansmann Logistik has gained further work for in-plant logistics services at car plants in Wolfsburg and Osnabrück in Germany. The provider will take over operations that include sequencing, storage, empty container handling and line feeding.

Hansmann is part of the Panopa Group (owned by South Africa’s Imperial Logistics), which recently won significant business with the Volkswagen Group, most notably for warehousing and sequencing at Audi’s factory in Hungary.

For these recent contracts, Hansmann will organise logistics supply and removal along with empty container storage and handling for the complete Osnabrück plant. “We deliver the components directly to the assembly line in the required sequence and at the right time according to need,” says Christian Seidl, manager directory of Hansmann Logistik.

According to Seidl, Hansmann employees pick around 5m items annually during plant operations that range from one to three daily shifts. “The finished vehicle models are subject to seasonal fluctuations that we cushion efficiently using flexible working hour models,” he said.

Although the company has not specified details of those flexible working hour models, the German car industry has in recent years employed a rising number of temporary workers and agency-contracted workers, including for logistics-related tasks.

Hansmann’s logistics services at the Wolfsburg plant include storage, sequencing, assembly work and preparation of empty containers. Around 600 Hansmann employees handle up to 250,000 items daily in sequence across a three-shift operation at the plant.

Seidl pointed to both new and improved processes as the main factors in winning further work.