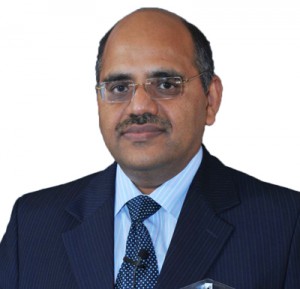 Joining in a recent flurry of executive changes in India, Achal Paliwal, head of exports and logistics for Honda Cars India (left), has left the company. Paliwal had been with Honda since 2005, following a 19-year stint at Maruti Suzuki.

Paliwal has declined to comment yet on what position he will take on next. However, in an interview with Automotive Logistics, he said he expected to remain in the automotive logistics industry.

A spokesperson for Honda Cars India said that the carmaker has not yet appointed a successor to Paliwal. Currently, exports and logistics are being handled by two separate managers, she told Automotive Logistics.

At Maruti Suzuki, Paliwal worked in production, production planning and briefly in material services. After spending four months in Japan in 1995, he transferred to the marketing division at the company and eventually moved into vehicle transport. Paliwal reveals that at that time the company experienced vehicle damages as high as 14%. By the time he left in 2005, the ratio had dropped to 1.8%.

He joined Honda as a commercial manager with responsibility for the development of a dealer distribution management system one year after obtaining an MBA. However, he was already longing to return to logistics.

“My heart and soul always remained in logistics and I would not miss any opportunity to get involved wherever possible,” he said. “My acquaintance with our logistics service providers made it even more compelling for me because whenever they visited Honda, they would ask for me.”

Shortly after, Paliwal took over the outbound logistics function. He commented that Honda, which at the time was nearly 30 times smaller than Maruti, had processes that were much more focused on quality control. However, it meant that vehicle delivery could take several times longer than at its much larger rival.

“I realised that if Honda were to grow in terms of efficiency, then it needed to re-engineer its processes,” he said. Today, he observed that with a faster operation, together with stringent quality requirements, Honda has become a benchmark for vehicle logistics in the Indian market.

Paliwal has been involved in other bold moves for Honda’s Indian distribution.  Last year, he also revealed that Honda had stopped using the port of Mumbai for exports from its Greater Noida plant, 45km from New Delhi. Instead, Honda moves by road 2,200km to the port of Ennore near Chennai, nearly twice as far away from Honda’s plant as Mumbai. But Paliwal insisted on making the move because of better port services as well as because there was grain being dumped at the port of Mumbai, which risked contaminating exports.

However, earlier this year, Paliwal revealed that Honda would be among the first to use new rail services from APL Vascor Logistics, specifically from the Delhi area to Chennai for its exports.

Honda’s operations in India are growing more complex. In February this year it opened a new plant in Rajasthan, from which it has just announced plans to export transmissions. The company also said that it would export another vehicle from Great Noida to South Africa.

Reporting for this story by Ramesh Kumar. A full question and answer interview is now available here.