Honda moving CR-V production from Mexico to US 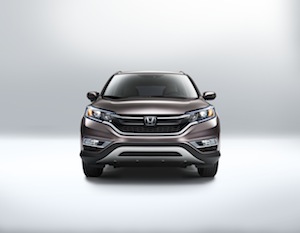 Honda has announced that it plans to move production of the CR-V from Guadalajara in Mexico, to the company’s Indiana plant in the US. Production of the new HR-V, meanwhile, which is already built at the carmaker's plant in Celaya, Mexico, will also be added to Guadalajara. Both moves are scheduled for 2017.

Honda Manufacturing of Indiana, in Greensburg, will begin CR-V production then, in addition to its current production of the Civic Sedan. The CR-V will also continue to be produced at the East Liberty auto plant in Ohio, and at Honda of Canada in Alliston, near Toronto.

The Honda de Mexico plant in Guadalajara, which currently produces the CR-V, will switch over to produce the HR-V in 2017 to help meet demand for Honda’s entry crossover model. This move will establish a dual-sourcing relationship for the HR-V with Honda’s larger Mexican plant in Celaya. A spokesperson for Honda told Automotive Logistics, "The HR-V is a very successful model around the world. To meet demand, we need to expand our production volume."

The move of the CR-V is also likely to have logistics benefits. CR-V assembly is already built in much larger numbers in the US and Canada. According to the Automotive News Data Center, the Alliston plant produced more than 190,000 CR-Vs in 2015 through November, with nearly 164,000 units also built in East Liberty; Guadalajara, by contrast, assembled nearly 59,000 CR-Vs in the same period. With most volume and suppliers concentrated in the Midwest, adding assembly in Indiana could reduce the shipment of material southbound to Mexico, and create more local consolidation between the northern plants.

According to an interview with Automotive Logistics in summer 2015, Honda currently sends about 50 daily conveyances southbound from the US and Canada to Mexico, most send by intermodal. With the move of the CR-V, this amount could be reduced.

The HR-V, by contrast, is likely to have a supply chain more concentrated in Mexico. It is already built in Celaya, which built more than 90,000 units of the model through November in 2015, where it also shares a platform with the Honda Fit. Honda also has an engine and transmission plant, as well as a crossdock and intermodal centre in Celaya, which will further localise the supply chain for Guadalajara.

In 2015, Honda produced 1,862,491 Honda and Acura vehicles, an all-time record for single-year North American production. This was a 3.1% increase over the previous record the OEM set in 2014. Honda’s eight plants in North America produced more than 99% of the Honda and Acura cars and light trucks sold in the US last year.