Honda part 4: At the centre of change 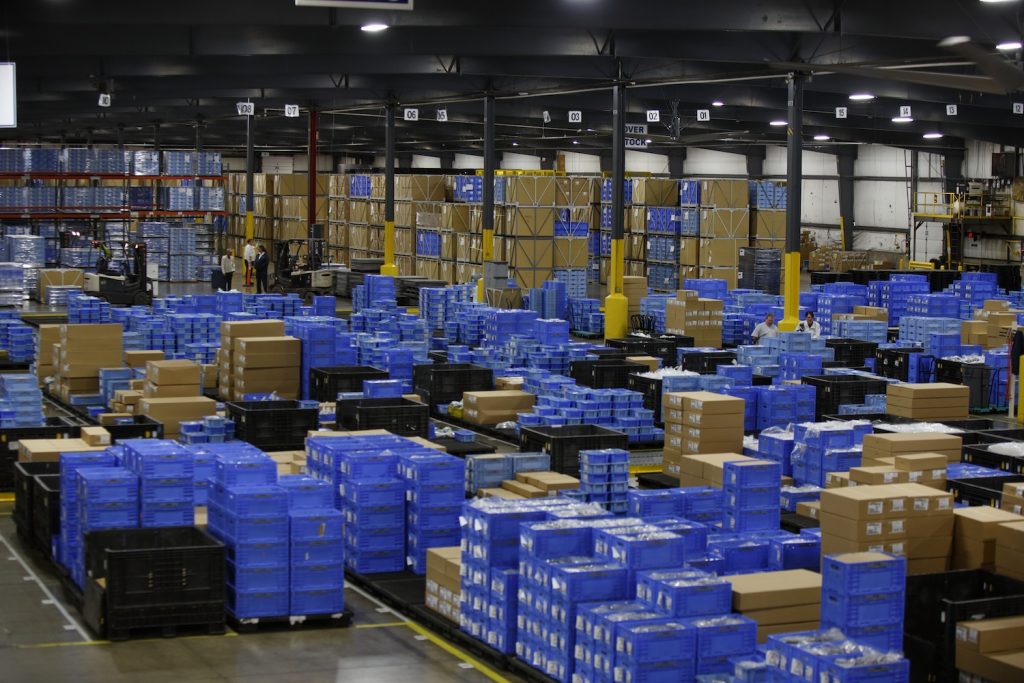 Honda’s Regional Logistics Centre represents a move towards integration and commonality in the US, but it has also brought about ‘another way of life’ in the OEM’s homeland

A good example of where Honda’s logistics have delivered a fully integrated, common supply chain solution for North America is the company’s Regional Logistics Centre (RLC) in Marysville, Ohio. Launched last year after several years of planning, the RLC handles mainly imported material from Japan. It brought significant change not only for North America, but also for Honda Motor in Japan, particularly in switching from packing parts in fixed knockdown kits to a part-by-part order process.

“Not many people realised just how big of a change point that has been,” says Dana McBrien. “Initially this was just thought of as another warehouse – but it was really another way of life. It required entirely new processes and systems.”

The RLC acts as a deconsolidation and sorting centre for imported parts, as well as some North American parts for tier two suppliers that Honda sends to its tier ones (a special segment of the supply chain that the carmaker has increasingly been involved in). The 200,000 sq.ft (18,500 sq.m) centre handles around 2,500 part numbers, with around 130 employees working across two main shifts, and a third to manage container returns. The carmaker controls the site with some of its own systems and management, but outsources labour and some warehouse management systems to Honda-owned Midwest Express.

Previously, Honda Motor exported parts from one of three regions in Japan – Suzuka, Saitama and Hamamatsu – to individual North American plants (for example, from Saitama to Marysville, or Hamamatsu to Alliston, Canada). Now, all of those regions ship directly to the RLC.

Furthermore, in Japan, Honda separated its freight between heavy, powertrain parts and lighter trim or frame material. Larger items might be used to fill a 20ft container, or a 40ft box would be sent partially empty. The thinking was that it was worth the extra costs in shipping to avoid further deconsolidation points for handling and transport within North America.

Honda’s North American logistics team demonstrated that there was considerable waste in shipping air and the extra containers, and that Honda Motor would do better to mix its material and max out 40ft containers wherever possible. The RLC could then be used as a buffer to smooth supply to plants or through crossdocks.

The RLC connects directly to Honda’s MRP system, which helps it act as a pull centre to multiple US and Canadian plants (there is currently a different process for Mexico and Honda’s southern US facilities). Returnable containers are also exchanged between the RLC and the plants, while the warehouse handles returns for Japan, including fully collapsible boxes that go back in steel cages.

The savings in shipping fewer containers to Marysville have considerably offset any extra handling and transport costs at the RLC itself. “We had simulated the potential reduction in the number of containers, but the actual reductions have been even higher,” says McBrien.

McBrien and his team intended that the RLC would be more tightly integrated with Honda’s export parts. The original design combined the RLC and an export centre with a shared crossdock; imported returnable containers would be used for outgoing export parts. Instead, Honda took over two brownfield buildings that are across the road from each other but don’t physically interact.

“My long-term dream is still that this could be one building with import and export parts being managed together and sharing packaging,” he says. “But, for now at least, that remains a vision rather than a plan.”

Reducing containers shipped to the US is an important outcome, but only one aspect of what makes the RLC transformative for Honda. For the past 35 years, the carmaker has exported its parts on a knockdown basis, usually in fixed batches such as 60 units per kit. This method has dictated not only how parts were packed, but also how they were ordered. Moving in such kits creates stability in processes, however it takes longer to fill orders, thus increasing overall delivery times. This longer lead time also creates more potential obsolescence, particularly in an environment where model changes are so frequent.

McBrien says that Honda has a target of improving its standing in order-to-delivery times by reducing its international order cycle. He admits the change worried many people, not least plant managers who expected they would have to carry more inventory to smooth out the imbalances.

However, the RLC has been one key in bringing about this reduction in cycle time without risking line shutdowns or higher inventory. Firstly, the RLC has changed Japan – at least partially – from shipping in knockdown kits to ‘part-by-part’ ordering and logistics, allowing for more flexible and accurate logistics (Japan still sends some shipments in kits to the US, and does so for some of the rest of the world).

The RLC then became the centralised location where inventory could be fully managed. The North American logistics team installed a central purchasing function out of the RLC for Japanese and tier two parts so that it could manage the order flow of parts rather than individual assembly or tier one plants. “In this way we can schedule the materials inbound from Japan, but also between the RLC and plants,” says McBrien. “We wanted to manage what was coming in with buyers that fully understand the flow of parts into each facility and how it impacts others.

“For example, as we are handling all the imported Civic parts, we can track and respond when the Canada plant needs to increase a specific volume, or the Indiana plant needs to decrease,” he explains. “In that way, Canada wouldn’t need to sit on excess inventory. There is no anxiety, just a redistribution of parts that we can manage in the RLC.” 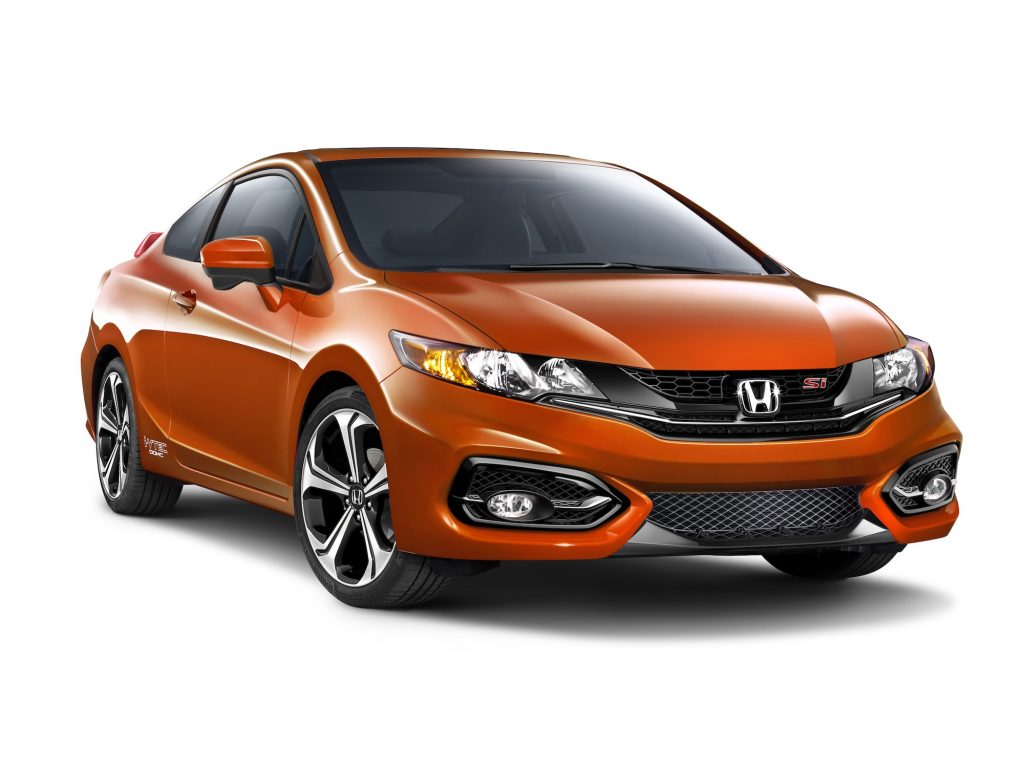 As this was the first such operation for Honda globally, the systems and processes have been built from scratch. Its launch coincided first with the horrible winter of 2014, which wreaked havoc with rail schedules and orders; then, this last winter, the west coast port strike disrupted the normal flow of parts to the RLC. The site then acted as an important buffer point once material started to rush back in.

Honda Motor has recognised the RLC as a template, tracking its start-up meticulously to potentially look at similar operations in the future. “We’ve had really positive comments from Japanese managers since we have achieved improved stabilisation. The RLC can become a business model for region-to-region shipping,” says McBrien.

The next step for the RLC is to integrate other global parts, as Honda is increasingly sourcing in a variety of countries, including low-cost locations in South-East Asia and India, diesel engines from the UK, and special parts imported from Italy, Germany, Austria and the UK for production of the Acura NSX.

The RLC concept may also be important for how Honda handles parts from Mexico. So far, the relatively few suppliers used for US and Canadian production have been responsible for their own logistics into the US. But with Honda’s increased footprint, the Mexican supply base is growing, and North American logistics is currently working on taking over northbound flows. However, there are many complexities to logistics out of Mexico, including high toll roads, security issues, insurance costs, customs and border challenges. It could be more efficient to consolidate freight from multiple suppliers in Mexico before moving by intermodal to a delay point like the RLC or similar in the US, which could then manage the inventory and smooth the final delivery.

“In a mixed trailer environment, for example, you can move material over the border as a single importer on record, rather than having to do more individual imports,” Kevin Wade says. “That sort of efficiency gets our trade compliance team on board.”