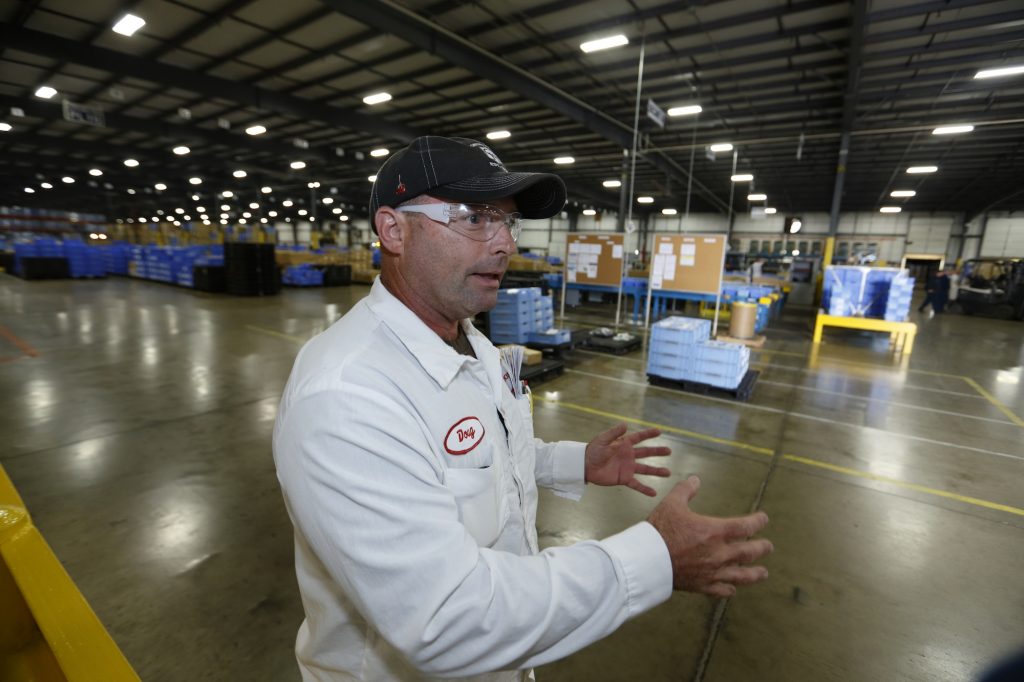 An emphasis on collaboration is helping the carmaker maximise efficiency, minimise cost and possibly avoid capacity and driver shortages

While part of the Honda North America logistics strategy has been to increase consolidation between all its plants, there has also been a move towards wider collaboration in the supply chain, whether with other parts of Honda’s business, other OEMs or industries. The use of shared crossdocks and logistics providers has been one of the main drivers, along with internal coordination across Honda.

Honda’s logistics network is already characterised by a significant amount of shared services. Its use of Ceva as a lead logistics provider is not as absolute as it has been for other manufacturers. Honda contracts each part of the network separately, including crossdocks, IT systems, intermodal, and various kinds of truckload and transport modes. For example, Ceva’s own trucking division is just one of around 30 carriers serving Honda, mainly for shuttle runs out of the crossdock in East Liberty to the Ohio and Indiana plants. Other providers serve other contracts, like crossdocks – such as Ryder in Canada, Tennessee and Mexico, and Carter Logistics in Ohio – trucking or intermodal legs, even if Ceva interacts with them to manage routes through its transport management system (TMS) and freight audits.

“We have a lot of parties working in the same space, and it has worked fairly well,” says Dana McBrien.

That is equally true for the parts centres as for transport. At the onsite consolidation centres, for example, operations are shared between Midwest Express (MEI), a Honda-owned provider, and Nippon Express. Before the consolidation centres were installed, each provider had typically handled different kinds of parts at offsite centres, with MEI handling frame and trim parts, and Nippon more accustomed to heavier, weld parts. “So we have replicated this divide for the in-house parts movements, with MEI handling trim and Nippon still handling frame parts,” says McBrien. Nippon Express and others still have off-site centres near Marysville.

More recently, however, Honda has begun to share its network with other manufacturers. McBrien admits that it is something he and his team have long believed in and advocated for, but had trouble communicating directly to other carmakers. This gap was overcome in one notable example by a 3PL, Carter Logistics, which brought together Honda and another OEM in a crossdock in Dayton, Ohio.

“Carter had heard us talking about freight collaboration, and how 3PLs needed to position themselves to share information,” says McBrien. “Carter had access to our bid package while bidding as an established carrier, and saw an overlap in Dayton where the other OEM’s daily requirement was not filling the entire facility.

“They came to us and we decided to put our money where our mouth is.”

After careful discussion with the other OEM, the companies agreed to work together, and Honda entered the crossdock in June 2014. According to McBrien, the operations have gone smoothly. “We have a lot of overlap in our network, and we know there are more opportunities to work together,” says McBrien. “The winter and west coast issues have taken up our time, but we are interested in discussing more.”

Another key area of collaboration is with American Honda, the company’s sales arm in Torrance, California. American Honda, along with managing the company’s vehicle logistics, is responsible for service parts. McBrien points out that there is considerable overlap in the network between spare parts hubs and crossdocks. For example, Honda North America has a crossdock in Knoxville, Tennessee, while American Honda has a spare parts distribution centre 12 miles (19km) away in Loudon. Likewise, American Honda has a parts centre a few miles away from Honda’s crossdock in Dallas, and its major hub in Troy, Ohio, just 50 miles from East Liberty.

“There is a lot of overlap between manufacturing and service parts and we are looking to leverage that and pull it together, for example in filling backhauls between our Ohio and Texas distribution points,” says McBrien.

Kevin Wade also sees potential in moving parts out of Mexico. American Honda has negotiated rail and intermodal contracts to move Mexican parts to its US distribution points, while Honda North America has left this transport to suppliers. But as the manufacturing arm intends to take control of northbound Mexican freight, there is interest from both sides in pooling volume and sharing contracts.

McBrien and Wade see such overlapping and sharing in the supply chain as potential bulwarks against capacity and driver shortages. While there will be limits to sharing at certain locations – Ceva’s crossdock in East Liberty, for example, is probably too short of dock doors and workers to accept other companies’ freight – overall the ability to reduce empty mileage or unused capacity is an important way to make use of increasingly scarce driver and labour resources.