How to ensure many happy returns for packaging 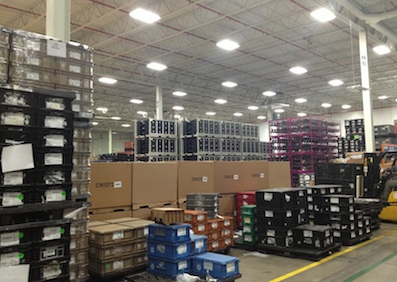 Ask almost anyone in the automotive industry, and they’ll tell you that, in theory, returnable packaging is a great idea. When it comes to using this equipment, however, their views may be less flattering. Or even unprintable.

Back in 2009, for instance, when the automotive industry was looking to save every penny possible, an AIAG conference on the subject heard that the North American industry’s long-held preference for returnable packaging had weakened. According to participants from Ford and Chrysler, if returnable packaging couldn’t deliver proven savings, then disposable packaging would be used instead.

So, what are the problems with returnable packaging? Obsolescence, for one. Almost overnight, a model change can render a fleet of expensive containers and metal racking obsolete. Other big issues are storage costs, and trying to forecast usage and volume, but arguably the most significant issue is trying to keep track of returnable packaging fleets as they cycle between assembly plants and suppliers’ facilities.

Furthermore, those challenges may have been exacerbated by initiatives to do just the opposite. For example, the practice of making returnable packaging multi-purpose seems to have obvious benefits, such as that a container can handle more than just one specific component or subassembly, but increasing the possible uses of a given container also expands the network of manufacturing plants, storage yards and trucking routes through which it flows. This then adds to the challenge of keeping track of the packaging fleet.

All of which sounds wearily familiar to Brian Kelly, director of supply chain management at tier one supplier Johnson Controls. So much so, that Johnson Controls started a project in 2011 to probe the company’s approach to returnable packaging, and find improvement opportunities.

Also, he adds, the resources and effort involved in manually carrying out periodic inventory checks across Johnson Control’s 50 North American plants – and across the trucking routes between these plants and their customers – was becoming excessive.

“Every indicator that we looked at pointed to an under-utilised container network, and one into which we had very little visibility, in terms of how we were managing and utilising those containers,” he recalls. “We were spending more money on expendable containers than we’d budgeted for; we were incurring idle time due to the non-availability of containers; and the use of alternative expendable containers was leading to higher transport costs because alternative packaging doesn’t ‘cube out’ a truck as efficiently.”

In response, Johnson Controls decided to pilot RFID technology, to see if it could offer a way of getting a better handle on what containers were where.

"When we went there to tag them we found not 900, but 1,200 containers, which was sobering, and which showed us that we truly didn’t know what containers we had" – Brian Kelly, Johnson Controls

Carried out in June 2012, the RFID pilot linked two Johnson Controls factories; a just-in-time plant feeding an OEM, and a component plant. In the loop between them were 900 containers, each of which was to be tagged. Or rather, says Kelly, it was thought that there were 900 containers in the loop.

“When we went there to tag them we found not 900, but 1,200 containers, which was sobering, and which showed us that we truly didn’t know what containers we had,” he recalls. “We saw that we needed to get serious about deciding what we were going to do, and start scoping it out properly.”

Equally, the pilot RFID programme showed that RFID on its own was only part of the answer. While the technology worked, it turned out that using it in practice – even on the small two-plant network involved – raised as many questions as it answered. Chief among them was how best to cost-effectively leverage RFID, and what changes would be required to Johnson Control’s processes to do this.

It was clear that any attempt to roll out an RFID-based approach to returnable packaging would need a highly targeted approach. The numbers involved, both in terms of containers and the cost of tagging and managing them, were just too high if attempted from a standing start.

“We recognised that a goal of tagging all of Johnson’s containers would be too challenging, and too financially demanding,” says Kelly. “A better decision would be to focus on our top four containers, and go forward from there.”

Which way is the frequency blowing?

Surgere, concedes company president William Wappler, is not a business that is easy to categorise. Founded in 2004, the company began as a consultancy specialising in packaging-related work. In the intervening ten years, it has added technology skills, packaging procurement and repair capabilities, packaging management, and now packaging asset finance to the mix.

The starting point for this is patented Surgere-developed RFID technology – dubbed sRFID by the company – which aims to deliver RFID’s holy grail: the automatic detection of direction of travel, without relying on employees at warehouse and plant-floor terminals having to add contextual information.

In theory, determining the direction of travel of an RFID tag ought not to be possible, says Surgere technology director, Dave Horvat. An RFID reader, he explains, simply detects the presence of a tag. In an automotive context involving returnable packaging, he adds, that is of little value on its own, since the container in question could be empty or full, and be arriving or leaving. A manufacturer relies on its own employees to provide that information, adding delay, potential error, and incremental labour cost to the operation.

“We got a lot of pushback from customers who didn’t want their employees supplying this contextual information,” says Horvat, who credits Wappler for insisting that he and his team kept plugging away, looking for a solution. “And we found one,” Horvat says. “By using two antennae, at very precisely pitched angles, it’s actually possible to determine direction of travel with about 98% accuracy – and it’s usually possible to clear up the remaining 2% of the tag reads by putting them in context with the reads immediately prior, and afterwards.”

Surgere has combined this technology with its flagship container optimisation software, COS 2.0 Enterprise, which can help a customer manage the flow of RFID-tagged returnable packaging within its networks, and provides dashboards, metrics, and detailed information about what packaging is where, and how long it has been there.

‘It was always our fault’

Three metrics in particular find favour with customers, says Timothy Nickel, vice-president of operations at Surgere (and a former tier one executive himself). The first is average turn time – the elapsed time from a container being sent out to it returning and being sent out again; second is dwell time, which details how long a container has remained static; and thirdly, shrink rate – the percentage of a container fleet which has passed an RFID reader during a certain time period.

In another example, the same customer found that it was constantly being berated by a large carmaker for never having enough of a specific container. Again, the combination of reliable RFID tagging and COS 2.0 Enterprise shed light on the situation. The average turn time was 14 days, of which 13.5 days were taken up by the dwell time at the carmaker, which, when presented with the facts, agreed to fund the purchase of additional containers. 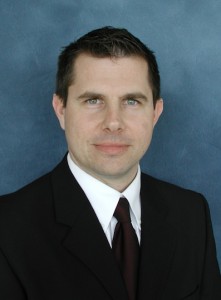 “The customer said: ‘We never had the data before. It was always our fault,’” Nickel recalls.

The bigger picture, he explains, is of improved governance delivering all the bottom-line-enhancing benefits that the industry associates with improved inventory control in general, but this time with respect to returnable packaging.

“RFID empowers,” he stresses. “All of a sudden, things start coming back faster, trailers start getting found, and black holes begin shrinking. For the first time, there’s accurate data, and no place to hide.”

This degree of control, says Wappler, makes it possible for Surgere to go to the market with its ‘Packaging as a Service’ solution, an offering which without direction-aware sRFID and COS 2.0 Enterprise might seem hubristic. Instead, insists Wappler, it’s a service which the business performs very satisfactorily for other customers, such as domestic appliance manufacturer Whirlpool, and which it is actively promoting to automotive customers as a way to not only eliminate a headache, but move expensive assets off their books.

“We have deep access to capital, and a very good relationship with our bank,” he affirms. “And it’s predicated on our ability to deliver that level of control over returnable packaging and be able to demonstrate it. As a result, we’ve been in discussions to own and manage fleets of returnable packaging valued at over $1 billion.”

"RFID empowers. All of a sudden, things start coming back faster, trailers start getting found, and blackholes begin shrinking. For the first time, there’s accurate data and no place to hide" - Timothy Nickel, Surgere

Back at Johnson Controls, a successful pilot implementation has seen two component plants linked to two plants feeding carmakers on a JIT basis, which means four plants working together and sharing a common container fleet.

Now, Nickel and his team are working to develop a “launch manual” combining checklists, processes and sign-off documents, with the aim of creating what he calls a “cookbook” to help Johnson Controls to rollout the Surgere system quickly and consistently across successive plants.

“Companies have a tendency to treat each site individually, and having a standardised implementation process is critically important when you’ve multiple sites going live simultaneously,” he says.

Neither Nickel nor Johnson Controls’ Kelly have underestimated the scale of the task ahead. So far, at least, Johnson Controls doesn’t have plans to use ‘Packaging as a Service’, which means it will retain ownership of the packaging assets. “The ROI is pretty significant, but so is the investment, and the work required to execute,” says Kelly.

The execution time is difficult to estimate, stresses Nickel, with a figure of two years pencilled in as rough estimate, rather than a hard-and-fast goal. “It’s difficult, because all the pieces are constantly on the move,” he notes.

Nevertheless, the end-point is clear, says Wappler, with Surgere customers Johnson Controls, Cooper Standard, and International Automotive Components in the vanguard of what he sees as an industry-wide move to address the problems of returnable packaging. “The automotive industry is really getting the message,” he sums up. “It is seeing that returnable packaging matters, and as a result, it’s now on a lot of people’s radar screens.”