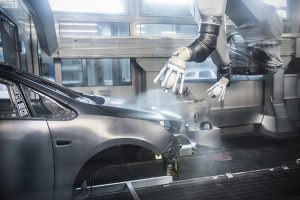 Ford is the latest carmaker to plan a new assembly plant in Mexico with the announcement that it will invest $1.6 billion in a factory in San Luis Potosi to produce compact cars from 2018.

The plant is aimed at making the assembly of smaller cars more profitable for the company, thanks to the competitive cost of manufacturing in Mexico. The decision was supported by the country’s strong supply base and logistics network and a number of free trade agreements that open up global export opportunities.

Joe Hinrichs, Ford’s president of the Americas, told Automotive Logistics that Mexico’s developed supply chain had played a significant role in choosing San Luis Potosi. “The supply base, including the logistics network, is extremely important to us when we consider manufacturing locations,” he said.

The new assembly plant, which will be the carmaker’s third in Mexico, comes amid plans for Ford to expand its large engine plant and build a new transmission plant in the country, further solidifying its role as a vehicle and component export hub for the company.

In a statement, Ford revealed that construction at the San Luis Potosi site was set to begin this summer. It did not confirm the planned capacity but said it would create 2,800 jobs by 2020, and would add incremental production and employment to its existing base in North America. Reports from Reuters earlier this year suggested Ford was planning a Mexican plant that would build around 350,000 compact cars per year.

Most of this volume is likely to be exported to the US. In 2015, nearly 90% of Ford’s 412,700 vehicle exports from Mexico moved to the US and Canada, according to AMIA, the Mexican automotive manufacturers’ association.

Increasing compact car competitivenessWhile Ford has confirmed the plant will build compact cars and also stated that building compact vehicles in Mexico would “further enhance their competitiveness”, it has yet to announce which models they will be. The carmaker has previously said it would move production of the Focus and C-Max compact cars from its assembly plant in Wayne, Michigan by 2018, which analysts, as well as the United Auto Workers (UAW) union, have suggested could move to Mexico. Ford has so far declined to confirm those plans.

Ford’s production footprint in Mexico has now moved strongly towards cars. It currently builds the Fusion and 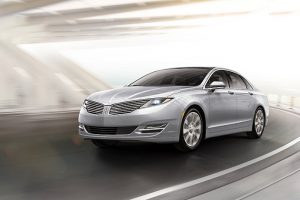 Lincoln MKZ sedan (pictured right) at its plant in Hermosillo, in the north-western state of Sonora, and the Fiesta compact car in Cuautitlan, north of Mexico City. Last year, Ford also ended output of F-650 and F-750 pickup trucks at a joint venture plant with truckmaker Navistar in Escobedo, close to Monterrey, shifting production to Avon Lake, Ohio.

As well as the change in sales mix between cars and trucks, the renegotiation of UAW union contracts last autumn has increased wages for US assembly workers, leading Detroit-based carmakers to focus their US production on more profitable trucks and SUVs. Fiat Chrysler US, for example, is orientating all of its North American production towards larger vehicles.

Unfazed by logistics capacity worriesFord’s expansion continues a raft of investment in production and exports in Mexico, which built a record 3.4m units in 2015. Analysts are forecasting continued growth; with PwC Autofacts anticipating light vehicle output will reach 5.3m units by 2020. And with more than 80% of Mexican production exported – a ratio that is expected to be maintained – vehicle shipments abroad are likely to rise in line with production, from about 2.8m units in 2015 to more than 4m by the end of the decade. 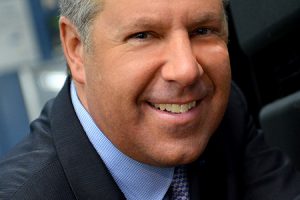 This year, Audi is set to begin production at a new plant in San José Chiapa, in the state of Puebla, while Kia will start production at a new plant in Monterrey, in the northern state of Nuevo Leon. Nissan and Mercedes-Benz are building a joint venture plant to build Infiniti and Mercedes-Benz models by 2018, while BMW is also building a plant in San Luis Potosi, which is set to begin production in 2019. More recently, Toyota has disclosed plans for a plant in the state of Guanajuato.

General Motors has also indicated it would invest $5 billion in Mexico to double output at its existing plants.

The fast expansion has led some OEM executives and officials to worry over whether Mexico’s logistics network, including its two class one railways, border-crossing points and its overstrained ports, would be able to handle the increase.

Mexico’s ports, for example, have struggled with limited rail access and space. Its largest, the port of Veracruz, on its east coast, lacks specialised vehicle processing facilities and cannot yet handle the largest post-Panamax vessels that are becoming more common. Plans to expand the port’s ro-ro areas may not be realised until 2030.

Speaking at the Automotive Logistics Mexico conference in Mexico City at the end of January, Mexico’s secretary of the economy, Ildefonso Guajardo Villarreal, admitted that the country had a long way to go to keep up with automotive investment.

“We have a 21st century industry operating with infrastructure from the past century,” he said. “The industry cannot continue enduring a lack of specialised automotive terminals. We need to work together to remove the obstacles preventing us from building new ports and expanding the ones we already have.”

There have also been concerns over Mexico’s rail network, which carries 80-85% of vehicles destined for the US and Canada, but which has faced capacity bottlenecks, as well as security concerns in some areas. A major project to increase capacity on the network by building a new bypass in Celaya, in central Mexico, is now years overdue and struggling from a lack of funding.

However, Joe Hinrichs indicated that Ford was not especially worried that Mexico’s logistics or infrastructure development would fail to keep up with the automotive industry’s growth, and expressed confidence in the country’s supply base. “We have no concerns with logistics or other infrastructure developments for our manufacturing plants in Mexico,” he told Automotive Logistics.

“We are confident the [Mexican] government and the industry, especially the supply base, will continue to make the necessary investments in the future,” he added. “The Mexican supply base is strong and growing.”

Hinrichs, who had led Ford's Asia Pacific region and the company's manufacturing and labour division before taking over his current post, was head of Ford's global material planning and logistics in 2002. (Read an interview with him from 2010 here.)

Hinrichs’s confidence may stem in part from a strong existing transport network and production base in San Luis Potosi and in the wider El Bajío region of central Mexico, where most of the country’s new automotive factories are being added or expanded. For example, General Motors has an existing plant in San Luis Potosi, while BMW’s current investment will also expand the local supply base in the region.

Logistically, San Luis Potosi is well connected. Ford itself has an existing crossdock there to consolidate material. Class one railway Kansas City Southern de Mexico serves the city with connections to east coast ports and to the US border at Laredo and Brownsville. Ferromex, another class one railway, also has rights of passage through San Luis Potosi.

Ford has not disclosed the extent to which the local state or federal governments have provided incentives to build its plant in the region, although recent Mexican plants, including for Audi and Kia, have seen substantial assistance, including the construction of local infrastructure. A recent change of government in Nuevo Leon, however, has raised questions about the extent to which the state should subsidise the Kia plant with tax breaks and transport investment.

Although Ford’s production plants in Mexico are spread out, the carmaker does have a strong existing logistics network serving them, including for its vehicle exports to the US. Rafael Lopez, director of material planning and logistics, who spoke at Automotive Logistics Mexico (see video below), revealed a diversified set of export routes. Northbound exports from Hermosillo move across the border by rail at Nogales, while vehicles from Cuautitlan move by rail through El Paso, Piedras Negras and Laredo. The carmaker also has regular short-sea services for vehicles from both plants that ship from the port of Veracruz to Jacksonville, Florida and to Baltimore, Maryland.

Ford has also benefitted from strong logistics partners in Mexico for transport and in-plant logistics. In Hermosillo, for example, the carmaker has worked with Seglo-Schnellecke Logistics at its sequencing centre, which prepares and stages material that is then delivered to DHL Supply Chain, which manages in-plant logistics.

Looking to a local, regional and global supply chainThe new Ford plant, which had been rumoured for several months, will deepen Mexico’s role as a supply and export centre for the carmaker. It is already the carmaker’s fourth largest production country after the US, China and Germany, and could become the third largest after the new plant reaches full capacity.

Although Ford’s current vehicle exports from Mexico are overwhelmingly bound for the US, the company also pointed to destinations across Latin America, as well as South Korea and China. However, Mexico’s abundance of free trade agreements, which cover exports to around 45 markets, suggests Ford could look to more global exports. New manufacturers to Mexico, including Audi and BMW, are planning to export 30-50% of Mexican production beyond North America, including to Europe.

Last year, Mexico also joined the US, Canada, Japan and eight other countries in Latin America and Asia on the Pacific Rim in agreeing the Trans-Pacific Partnership (TPP). If ratified by national governments, it would be Mexico’s most important deal since NAFTA; member countries represent about 40% of global GDP, and it would open up trade considerably with Asia. 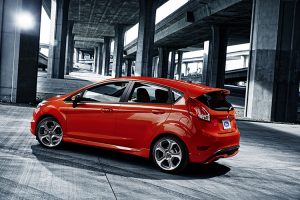 Mexico is already a major centre in Ford’s parts and powertrain supply chain. In 2014, it was the carmaker’s second most important source of parts purchasing, representing 13.9% of the carmaker’s total supplier purchasing bill of $84.2 billion (behind 31.8% in the US and ahead of the 10.6% in China), according to Ford purchasing data shared by Rafael Lopez at Automotive Logistics Mexico.

Ford’s engine plant in Chihuahua, in northern Mexico close to the US border, has made Mexico the company’s fourth largest engine producer, following the UK, the US and China. In 2014, Ford built more than 575,000 engines in Mexico. However, its local supply base is set to expand even further. Last year, Ford announced that it will spend $2.5 billion to build a new engine plant within the Chihuahua facility, while it will also build a transmission plant – its first in Mexico – in Irapuato, in the state of Guanajuato in central Mexico. The expanded powertrain plants are set to support Ford’s global small car line-up, serving production in Mexico, the US, Canada, South America and in Asia Pacific.

While its investment in Mexico is significant, Ford has been keen to demonstrate that it is incremental to expansion in the US, where the carmaker and others have come under fire by the likes of Republican presidential candidate Donald Trump and Democratic hopeful Bernie Sanders, who have criticised the NAFTA free trade agreement. Almost all presidential candidates have also turned against free trade deals, putting ratification of the TPP at risk.

Ford, however, has pointed out that it has invested more than $10.2 billion in the US alone over the past five years, with plans to invest a further $9 billion. The carmaker is also the largest employer of US workers among carmakers. Mexican automotive production is also tightly bound with and dependent on US automotive suppliers, with carmakers such as Ford exchanging considerable amounts of material back and forth over the border.