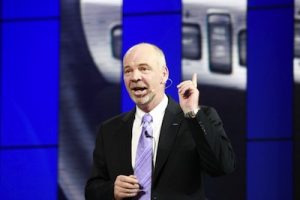 Ford intends to make India a global centre of excellence for small car production and export, with expectations to ship around 50% of its production volume from the country overseas. While the carmaker is seeing success, including strong demand for the Ford Ecosport both in India and for export demand, in India it faces competitive threats in its supply chain from a lack of scale and efficiency, according to Nigel Harris, managing director and president, Ford India.

It’s a cost difference that could hold back the country as it strives to revive growth and compete with neighbouring production regions in Asia.

Harris pointed to lack of scale, poor transport efficiency, slow turnaround times at ports, and wasteful yard stock. The port issue is particularly important not only on vehicles being exported, he said, but also for components being imported. “Imports of auto components to India have actually grown in the past year,” he said.

According to Vinnie Mehta, director general of the Automotive Component Manufacturers Association of India, the Indian import market for parts is now worth around $12.8 billion, compared to around $10 billion in exports. Around $2.5 billion of parts come from China alone, underlying the competition between the two countries.

“This is a big opportunity for Ford and for the Indian supply base to increase localisation and reduce total costs,” Harris said. He noted that many OEMs will quote localisation figures of 70-90%, however this usually accounts only for the tier one suppliers, and not tier twos or threes. Increasing localisation of tier two and tier three would be the real opportunity to get parts truly priced in rupees, said Harris.

He pointed to electronics, as well as many tooling equipment and machinery, which Ford imports almost entirely into India.

Harris also believes it is important to support multimodal logistics. Rail transport only counts for 3-5% of the domestic logistic load in India, while in the US it accounts for 50%. India also has around 70,000km of coastline, but its cabotage laws mean that it is not using it for short-sea shipping. This, Harris said, is a big logistics opportunity that needs to be realised.

The vast majority of cargo is transported on the roads, but only 20% of these are in a good condition, he added. While India has the third largest length of road in the world at 3.8m km, only 2.4m km is paved. China has 4.1m km, with 3.4m paved, and the US has 6.5m km, with it all paved. If this could be improved, Harris believes it will significantly improve logistics.

Hope and promise for ‘Make in India’
While Harris and others noted a long way was still need to improve Indian logistics, progress is being made. The recent launch of ‘Make in India’ – a government programme to attract businesses from around the world to invest and manufacture in India – is a strong statement from the administration, according to Harris. “The government's intent will facilitate investment and new facilities, and will hopefully improve the ease of doing business in India,” he said.

For now, however, Harris points to a considerable amount of suppressed demand in the market. People are waiting for the right opportunity to buy, and the right macroeconomic environment, but are held back by high interest rates, inflation and concerns over the economy. Nevertheless, Harris said he expects India to be selling 6m-7m passenger cars per year by 2020, compared to around 3m today.

Moving forward, OEMs need to be cost competitive, have high levels of reliability, and be able to accurately predict timings. The theme of this year’s Automotive Logistics India conference is ‘Hope and Promise’, but Harris said, “More than hope, India has a plan, and we [Ford] certainly have a plan, and we are delivering on it.”

Ford is also making specific improvements in its logistics. As will be reported shortly, Amlan Bose, the carmaker’s vice-president of material flow engineering, logistics network and export operations for Ford Asia Pacific and Africa, revealed that with the opening of its second plant in India, due next month in Sanand, in the state of Gujarat, Ford is moving to a ‘lead logistics provider’ (LLP) model that sees logistics strategy, routing and scheduling put in the hands of a dedicated provider – Penske Logistics – who works with carriers to optimise the network. The carmaker has also started using the new APL Vascor Automotive rail services in India for distribution from Chennai to Delhi, with plans to increase services.

Harris also added that Ford was in talks with Gujarati government, together with Tata Motors, for the state government to help build a rail siding that could serve both plants and help move vehicles from Sanand to the port for globlal exports.

The India conference continues on December 10th and 11th. Main sessions can be viewed here.