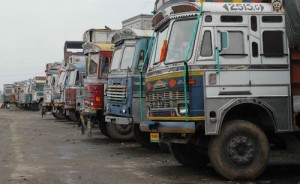 The Indian government has approved a draft bill that would overhaul much of its road safety legislation, while creating a central authority that would be responsible for planning multimodal logistics and improving road planning.

Should the bill become law, as is likely, India could see more coordinated planning for its road infrastructure. At the same time there would be more regulatory oversight for vehicle registration, maintenance and vehicle sizes, with the power to levy heavier penalties than currently for non-compliance – including for the use of non-standard car carriers, which are increasingly common in India.

Sanjay Bandopadhyaya, joint secretary, Ministry of Road Transport, discussed initial details of the bill at the Automotive Logistics India conference in Gurgaon. Bandopadhyaya revealed that, at just 20.30 the night before, Narendra Modi, India’s prime minister, had reviewed and approved the draft bill.

According to Bandopadhyaya, who said that fuller details of the bill would be made available soon, the proposed legislation would replace India’s 1988 road safety bill, which he said ignored infrastructure development, multimodal logistics and also limited the government’s ability to penalise those in violation of road safety and vehicle standards.

The bill is notable for consolidating both safety and driver registration details with a planning and oversight authority for the efficiency of the transport and freight network, including multimodal and public transport. The bill would effectively consolidate authority for certain key areas of vehicle and road safety, including vehicle registration and driver licences, at a central government level rather than their current state level control.

They key objective, according to Bandopadhyaya, is to reduce India’s appalling levels of road death and injuries. India currently experiences 486,476 road crashes and 137,572 deaths per year, which an accident rate that has actually risen since 2011, he said. Road accidents reduce GDP by around 3% per year, he added.

Aligned with this objective are India’s efforts to meet the growing demand for road freight in India. The government expects that freight tonnes per kilometre to grow 6.5 times between 2012 and 2032, with passenger numbers growing by 16 times in the same period.

As part of the regulation, the Modi government is looking to make the Indian road and freight market more unified, particularly by removing more state barriers and regulatory differences across the country’s internal borders – an objective that is expected to be increased further by the eventual passing of the long-awaited Goods and Service Tax (GST).

“By integrating vehicle registration across India, we will make it easier to transfer vehicles across states,” he said. “We are aiming for a single national authority for improving quality of road transportation.

“The basic outline of new bill has both the road safety features, but more than that it has the efficiencies that will be brought in by intermodal, making business easier in the country by alleviating bottlenecks,” he added.

“We don’t want to go above European standards”
As the draft bill was only very recently approved, and would still need to pass as law, there is not yet much detail on the specifics of its implementation and planning. However, one point of specific interest to the finished vehicle logistics industry was that Bandopadhyaya made it clear that the government was not planning on permitting longer car carriers on the road, but that it wanted to maintain and enforce the European standard length of 18.75 metres. This is despite a growing prevalence of companies to use longer trucks of at least 22.5 metres.

It is a growing issue in India, where a lack of enforcement of standards has led companies to increasingly use longer trucks in the interest of gaining higher load factors. An executive from one trailer manufacturer admitted that in its first four years in India they only sold four trailers because it was only building the standard trailers. Now, it has moved into the illegal sizes and has plenty of orders.

The industry appears to be in a kind of limbo, however, waiting for carmakers to insist on a standard or for the government to set a definite rule. Bandopadhyaya said that the new road safety bill would not actually set the standards, but would be more effective in enforcing existing rules. He suggested that longer trailers were involved in more accidents than standard ones, although he offered no specific data.

“Current regulations for car carriers are fixed, but companies are moving larger ones,” he said. “We don’t want to go larger than the European norms. These work well and the dimensions will remain the same. We decided last year that the larger dimensions were a danger on the road. We have circulated a draft through SIAM and OEMs to show these details.

“With this new central authority coming in, one of these verticals will be looking at these issues very carefully. We will issues a draft of goods carriers; the regulation it will adapt will be European regulations, not more than that. The larger carriers should not be allowed,” he concluded.

The issue in India bares some similarities to China, where the official length of 16.5 metres is widely violated by logistics providers. China’s logistics providers are awaiting the Chinese government to establish a new, longer standard (http://www.automotivelogisticsmagazine.com/news/enforcing-the-law-in-china-could-cripple-vehicle-carriers).

The India conference continues on December 10th and 11th. Main sessions can be viewed here.