Automotive logistics companies in India are looking to develop better coastal shipping and rail services to transport finished vehicles from production plants to dealerships. Currently, with few exceptions, this traffic goes by road. 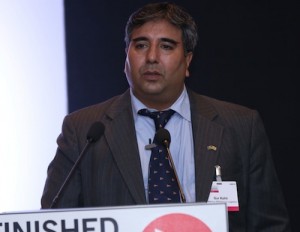 The barrier to entry, however, remains clear: to ship a small car from Chennai to Ahmedabad by road costs in the region of $173, by coastal shipping this increases to $218. Companies in the logistics sector have therefore written to the Union Minister of Shipping and Surface Transport, Nitin Gadkari, requesting a possible subsidy to be paid for each vehicle, thereby making the move from road to sea/rail viable.

They claim that, based on the Indian government's Automotive Mission Plan (AMP) 2026, it makes good sense to bankroll the switch.

According to the AMP, which was issued recently, in the next 10 years the Indian automotive industry will grow three and a half to four times, boosting its current value of $74 billion to between $260 billion and $300 billion.

However, the country's logistics sector believes that the trade can be expanded even faster, but requires subsidy if the most environmentally friendly transport mode is to be used.

Attempts have already been made to set up coastal ro-ro services. In the past two years, for example, Wallenius Wilhelmsen Logistics (India) has tried to establish a ro-ro service to move cars, buses and construction equipment from Chennai to Gujarat. However, given a lack of financial incentives, not to mention duty charged on bunkering, such a service has not proved viable

“If a 3,000 rupee ($45) incentive per car is provided and import subsidy is given on bunker oils then coastal shipping will become viable,” said WWL India's managing director, Gur Prasad Kohli, adding that the government had been made well aware of this situation.

Despite the uncertain situation at present, Kohli is soon to put before his board a request for between $4m and $6m to be invested in coastal shipping. This will probably make a first year loss, he added, but the rewards may outweigh the risks.

As for rail, in the last 12 months, Gurgaon-based APL Logistics Vascor Automotive has invested in the development of specially designed bi-level rail wagons, which are now in service, transporting cars between Chennai and both Delhi and Guwahati. Despite this managing director, Umesh Bhanot, said that steep rail freight rates do not make such services highly attractive. Indeed, he questions why rates are so high given that diesel prices have decreased by 24% over the last year or so.

According to Bhanot, it might make sense to subsidise environmentally friendly modes, such as rail, therefore allowing pressure on road capacity to be eased. At present, rail's market share in the movement of finished vehicles in India is under 5%. In his opinion, the government target of producing at least 9.3m passenger vehicles by 2026 as part of the AMP will be extremely difficult to achieve purely by road; alternatives, therefore, must be encouraged.

The creation of competitive networks for the finished vehicle sector through the greater uptake of multimodal options will be under discussion at the forthcoming Automotive Logistics India conference in Delhi, which takes place between 8-10 December. Learn more and register here