While spare parts have been widely available from a variety of suppliers in Europe and the US for many years, India and China has traditionally been a very closed market. However, all this could be about to change. 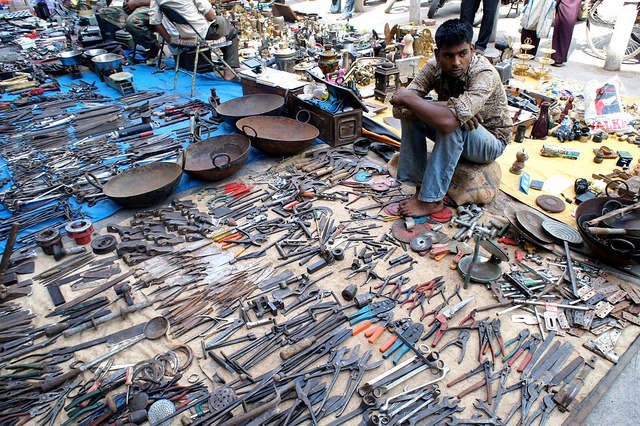 Fines penalising carmakers in India for cornering the spare parts market may help unleash expansion in the aftermarket, as independent suppliers and retailers increase their operations. While Indian and global carmakers face threats to their margins and market share in part sales, some experts think that they could also benefit from the overall market growth – if they have the right logistics and distribution to match part quality.

At the end of August, the CCI (Competition Commission of India), the country’s antitrust regulator, fined 14 OEMs a total of 25.5 billion rupees ($421.8m), for limiting competition in the spare parts industry. The fine is calculated at 2% of average turnover. The antitrust commission claimed that the OEMs were involved in charging high prices, and having control over the spare parts and diagnostic tools market, which it claims has limited the growth of the spare parts market and prevented independent companies from providing aftersales services.

Consulting firm IHS Automotive estimates that parts sold ‘unofficially’ – through independent retail channels rather than via OEMs and their dealerships – currently account for around a sixth of India’s $6.6 billion aftersales components sector, but with the latest ruling, this could be set to increase.

Anil Sharma, senior analyst at IHS Automotive told Automotive Logistics, that the opening up of an aftermarket from OEM control would be good news for the sector, although there were still legal battles ahead that could delay the process. 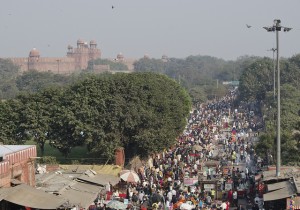 “The news is a huge positive for the evolution of the secondary or aftermarket which was largely controlled by automakers. Sadly, the push comes from the regulator rather than the OEMs,” he said. “CCI isn’t the final authority and its decisions can be challenged, as is the case with this one. The litigation can be a long-drawn affair and it can take months, if not years, before the judgment is put into practice. If the regulator eventually succeeds, sales and production of generic components is expected to rise manifold.”

Mahindra and Tata have both appealed the decision, and Honda has said it will appeal the order too. The other OEMs involved are: BMW, Fiat, Ford, GM, Hindustan Motors, Maruti Suzuki, Mercedes-Benz, Nissan, Skoda, Toyota Kirloskar Motors, and Volkswagen. BMW and Mercedes-Benz have been given three weeks interim protection from the CCI order, and the same high court judge has granted a stay on the order against Maruti.

In Europe and the US, spare parts are widely available from a variety of suppliers, but this has not been the case so far in India or China. Automotive and transportation senior research analyst at Frost & Sullivan, Anuj Monga explained to Automotive Logistics that this is because of the differences between the markets. Although many global OEMs are in India, few have a well-established aftermarket presence, and the Indian car market is relatively young when compared with developed nations. Recently, following in part the lead of Chinese regulators, who have recently hit OEMs with fines of up to 10% of annual revenue for spare parts fixing, authorities in India have started to try to make the competition fairer.

While China’s crackdown has been going on since 2012, its authorities have ratched up fines recently. Accusations of monopolistic behavior have recently been made against carmakers such as FAW-Volkswagen and Mercedes-Benz, and many OEMs have now lowered their parts prices in response. A report by law firm, Dechert LLP, suggests that the Chinese government’s attempts to enforce its antitrust and anti-corruption laws will continue into the future, and more OEMs will be hit with fines.

Experts now expect that the ruling in India, and its associated penalties, will pave the way for the independent market to take off further in India. According to Monga, there will be growth in the independent parts segment, and its impact will generally be positive for consumers, suppliers and, potentially, for OEMs if they can increase spare part availability and distribution.

“In the overall scheme of things, rise in the production and sale of non-certified generic components will have a positive effect,” he told Automotive Logistics.

Compared with other markets, Indian consumers keep their vehicles longer and will service parts extensively before replacing them, he added. With even easier parts availability, there will be more demand for replacement, and more benefit for the part providers. It is not necessarily bad news for the OEMs either, as certified and non-certified parts can co-exist, with consumers deciding where to purchase based on quality, availability and price. OEMs can also develop a parallel revenue stream and still expect a significant profit if they make parts more widely available, said Monga. 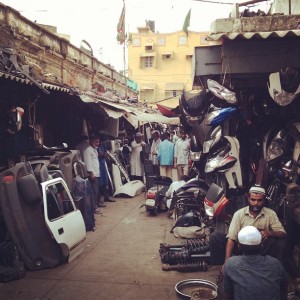 Arguably the biggest concern about the rise in non-certified generic parts is safety, a point in which Monga suggested there are reasons to worry in India, given a highly fragmented supplier base for independent parts and the current availability of counterfeit parts.

“The concerns raised about the safety of these non-certified parts do hold a certain level of truth. Particularly in the Indian aftermarket, which is highly fragmented and has a large number of small players, there is a definite chance that the quality of some of these parts could be compromised,” he said. “While the CCI order has tried to make the competition fairer by making parts and related information accessible, it does little to outline any plans about how the quality of these parts could be maintained.”

However, Monga explained that while there are concerns, OEMs can also take the opportunity to educate customers about the benefits of certified genuine parts. IHS Automotive’s Sharma agreed. “Automakers aren’t wrong in claiming that non-certified parts pose a safety threat in a market where regulations, consumer awareness and activism runs low,” he said. “However, it can be addressed through concerted efforts by automakers and regulators.”

Besides safety, the anti-trust order could see OEMs take a hit on their profits, too. With wider competition from independent suppliers, carmakers will need to strike a balance between parts availability – including faster, more efficient logistics – and the right price. “Companies could still reap revenues and hence profits if they are able to develop a tier wise distribution plan that creates much larger parts availability,” said Monga.

OEMs are taking note, with Monga saying that Maruti Suzuki, Hyundai and Ford are planning to increase the availability of spare parts in their aftersales networks. “These are all very good signs for the aftermarket, as entry of OEMs will increase the competition, attract more players, and this in turn will benefit the consumers,” he said. “Also, if you look at the life of a vehicle in India and the average time a consumer keeps the vehicle, investments in aftermarket could go a long way in building stronger company-customer relationships.”

Monga also suggests that as the availability of generic parts increases in India, customers will become more educated and informed, and demand a higher level of quality, which could open up further opportunities for OEMs. “Traditionally it has only been new car sales that have been seen as attractive markets [in India], but going forward, aftermarket opportunities will definitely attract new players here,” said Monga. “Also, with the growing influence of ‘eRetail’ everywhere, we are seeing positive signs for the aftermarket distribution.”

Sharma agreed, suggesting that the overall market will benefit if the consumer is faced with a wider variety of quality parts. “The natural course for the aftermarket is to allow a broader participation by manufacturers and then leave the buying decision to consumers,” he said. “This was not the case in India because automakers controlled availability of branded spares to their dealers, leaving independent service establishments out of the loop.”