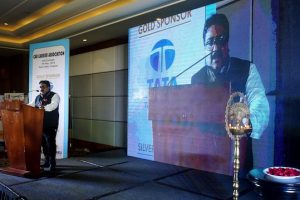 India’s Car Carrier Association (CCA) has passed a resolution calling for all 65 of its independent car haulier members across the country to comply with the new Central Motor Vehicle Rules (CMVR) on car transporters.

The CCA’s membership accounts for 95% of the 15,000-plus car transporter fleet in the country.

The resolution was one of three passed at a meeting in Gurgaon on November 7th to resolve issues relating to the new rules, which are due to be implemented in April and for the first time establish a legally enforceable maximum length for car transporter trailers of 18.75 metres.

They also require trailers to be fitted with a sliding inspection window no smaller than 400x300mm to allow verification of their loads (the majority of car carriers in India are enclosed), and for speed limiters to be fitted to such vehicles, restricting them to a maximum of 60kph, as well as for the use of rear-facing camera systems.

Until now, Indian law has not specified any national maximum length for car transporters – something that, along with the safety issues related to longer and heavier trucks, has led to widespread fines and a culture of bribery across different states with their own varying rules. At the moment, trailers range in length up to 22 metres.

At the meeting, held the day before the Automotive Logistics India conference and in the same location, the association unanimously passed the resolution to comply with the new rules.

There was some debate on how long members would have to put compliant equipment in place, however, with many seeking an extension beyond the current April deadline. According to a statement from the CCA, members eventually agreed to become CMVR-compliant “as early as possible”.

Vipul Nanda (pictured above at the meeting), president of the CCA, told Automotive Logistics its members would be working to be in compliance as soon as possible before the deadline.

The CCA also resolved last week to start addressing the need for a better understanding of the costs of freight between hauliers and their customers during contract negotiations – something the association has stressed is vital to the sustainability of the car carrier business.

“It is a fact of life that several car carriers have gone bankrupt due to undercutting through hefty discounts at individual level with various OEMs,” said the CCA in a statement, hinting that it would establish a committee of experts to study the issue.

At last week’s Automotive Logistics India conference, Nanda sought assurances from OEMs that they would only use providers that complied with the new CMVR regulation and also asked for a more transparent costing structure.

The final resolution passed at last week’s meeting was to look at how the CCA’s regional offices could help support implementation of the new CMVR requirements by taking part in an awareness campaign to make state agencies aware of the details and timing of the new rules and by seeking guidance from members on how to to tackle non-compliance on India’s highways.

While it is the Ministry of Road Transport and Highways that has officially issued the notice on vehicle dimensions and the deadline for compliance, actual implementation will take place at state level. As reported in September, however, there has already been some conflict as a result of individual states imposing fines for oversized vehicles ahead of any final mandate.