IT updates: global platforms move to the cloud

Across several articles, we explore how IT systems are being used to integrate data, visibility and cost in the supply chain. First, carmakers are increasingly turning to cloud computing across global platform engineering

Automotive companies have been moving to cloud-based software for regional communication across the supply chain, from sending and receiving delivery notifications, processing invoices and insurance claims to managing vehicle stockyards.

But cloud-based logistics communication also has the potential to serve manufacturing strategies, including global vehicle and mega-platforms, says Mark Morley (pictured), director of industry marketing for manufacturing at data integration specialists GXS. He confirmed that Japanese and Chinese carmakers are showing the most interest in using such IT as they build factories in new markets.

“We have received more requests from OEMs in Japan who are thinking of moving to the cloud, including those looking to setup production in Brazil and Mexico,” he said. “These carmakers need help to ‘onboard’ suppliers and get around in the local culture, language, as well as B2B [business-to-business] protocols.” 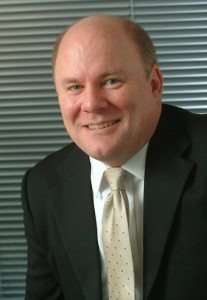 Since web-based systems can mediate between the different communications protocols, Morley believes they are complimentary to global platform strategies, as they can be replicated across supply chains on different continents.

“Using this kind of software can create more saleability, flexibility and less complexity in the supply chain, which is exactly why carmakers use global platforms,” he said.

Morley used the example of Chinese OEMs setting up factories in Brazil or Russia and needing to connect to suppliers and logistics providers. “This is going to be really interesting for logistics providers as flows increase out of China, as well as with Chinese carmakers building up domestic supply chain networks in Brazil, for example,” he said.

While Morley pointed to Chinese manufacturers as the most aggressive in terms of moving towards cloud-based and paperless communication, he said Indian manufacturers were currently among the slowest to adopt it. “Carmakers in India tend to use many different software systems and paper processes to communicate,” he said.

One of the risks of global platform production is that supply chain failures could reverberate across hundreds of thousands, if not millions of vehicles. The recall this past spring of more than 3m airbags for Toyota, Nissan and Honda vehicles was a case in point. Morley pointed out that having a standard communication platform would be an effective tool in managing such crises across supplier databases.

“We’re seeing requests for some form of compliance solution, such as how you manage supplier contact data,” he said. “If there is a huge recall issue, then you have all the supplier details to hand to reach out to suppliers or identify an alternative supplier.” 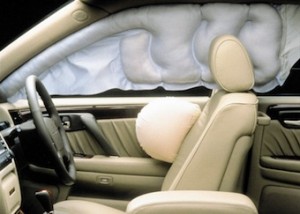 GXS believes that cloud computing could be an effective tool for dealing with recalls, such as those for airbags that affected Toyota, Nissan and Honda this past spring

Having ready access to supplier details seems simple but it is an approach more manufacturers are waking up to. This past spring, Toyota Motor Europe, Jaguar Land Rover and Aston Martin joined a platform that shares precisely this kind of data, particularly with the intention of mapping the lower tier supply chain (read here).

GXS itself has a system, called Active Community, which is used to deploy messages to large communities of trading partners. If there is a problem, the system sends out messages to the entire cloud-based network.

“Sometimes it’s a simple thing like having the most recent contact details of people in the business,” said Morley. “If you have the wrong address of your suppliers, you could find yourself in a lot of risk when something goes wrong.”