Jaguar Land Rover is taking steps to increase the amount of recycled aluminium it uses. Automotive Logistics finds out more… 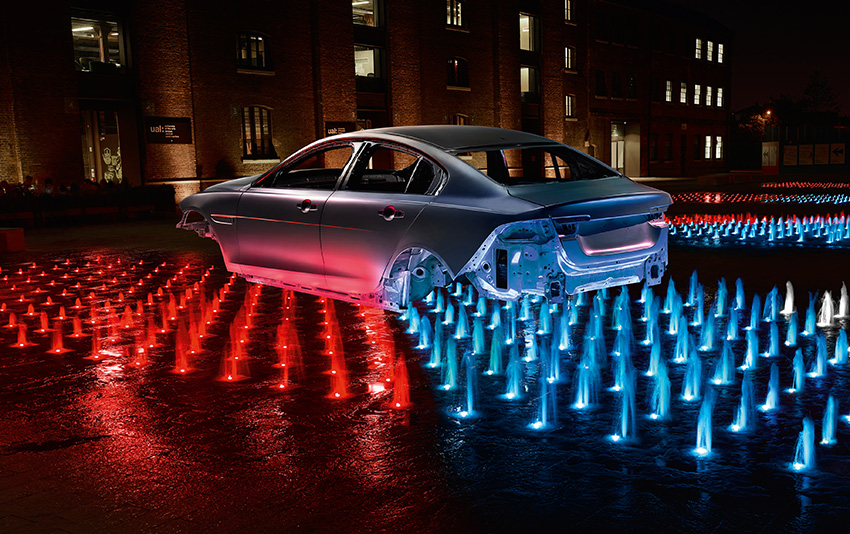 Recycled material is playing a growing role in Jaguar Land Rover’s use of aluminium in its vehicles, both as a means to reduce purchasing and supply chain costs and to lower carbon emissions.

The successful implementation of a closed-loop metal scrap recovery and transport system in the UK – the first of its kind for the automotive industry in the UK – helped JLR to reclaim more than 50,000 tonnes of aluminium scrap back into the production process in the 2015-2016 financial year. According to the company, this recycled material also led to a reduction of 500,000 tonnes of CO² equivalent emissions, compared to using primary aluminium.

The closed-loop system is the result of a supply chain and research project, ‘Realcar’ (REcycled ALuminium CAR), in which JLR worked with a consortium of suppliers and academics, including aluminium producer Novelis and Brunel University. Innovate UK, an agency of the British government’s Department for Business, Innovation and Skills, provided part-funding for the project, which also included the development of a new metal alloy made from the recycled press scraps.

Speaking at a workshop at the Institute of Materials, Minerals and Mining in London on July 21st, Adrian Tautscher, group leader of sustainable aluminium strategies at JLR, explained how replacing steel with aluminium had become a central part of the company’s strategy to increase fuel efficiency and lower carbon emissions in its vehicle fleet. The carmaker has been aggressively increasing the amount of aluminium it uses across a number of models, notably Jaguar’s modular platform, which includes the XE, XF and F-Pace.

The XF, for example, now has a body that is 75% aluminium and weighs 190kg less than its previous model – around 12%. The carmaker has also increased the use of aluminium in Land Rover models, including the Range Rover Sport SUV, the new version of which weighs 2,115kg – an impressive 420kg lighter than the prior model.

Since 2011, JLR has increased the number of vehicles in which it uses aluminium from 50,000 units out of 358,000 sold that year to more than 200,000 units in 2015 out of a record 490,000 sold. The number of units using mainly steel, meanwhile, has been more stable. Tautscher said he could not reveal JLR’s current plans for future aluminium share but indicated it would continue its upward trend.

While aluminium is advantageous because of its lower weight – which can also lead to lower transport costs – it is more expensive than steel. Its production also requires a high amount of energy, leading to more CO² emissions. For example, Tautscher revealed that across the lifecycle of the Range Rover Sport, the percentage of emissions attributable to actual road use had dropped from 70% to 63%, while the share accounted for by material production in the supply chain had increased from 20% to 27%. Transport and vehicle assembly accounted for just 1% each, while fuel production was 8%.

While total emissions for the vehicle are lower, the growth in emissions from material production and the supply chain provides an opportunity for further reduction, said Tautscher.

That is why recycled aluminium can be so beneficial, as it is estimated to use about 95% less energy than producing ‘prime’ aluminium, according to Andy Doran, senior manager for sustainability and recycling development at Novelis Europe – part of the world’s largest aluminium supplier and recycler. 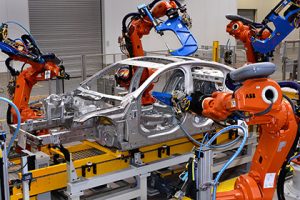 Pressing for sustainabilityIn its first phase, the ‘Realcar’ project has helped JLR increase its use of recycled aluminium by recovering metal from the carmaker’s and its suppliers’ stamping production operations. According to Doran, the stamping process, which cuts out parts shapes from metal sheets, typically results in 30-50% of metal being scrapped. Although manufacturers are constantly working on reducing this, a large amount of metal is still unusable once it goes through the press shop.

Working with Novelis and other suppliers, and aided by a £1.3m ($1.71m) grant from Innovate UK, JLR developed a new metal alloy that could incorporate higher levels of the recovered aluminium scrap. In 2014, the Jaguar XE was the first vehicle to start using this alloy, which has since also been introduced into the XF and F-Pace models.

To make the process possible, JLR has invested more than £7m across its own Halewood, Castle Bromwich and Solihull press shops to install segregation systems to capture and distribute the aluminium scrap, including separating it from steel or other metals. This included £5.8m at its Halewood plant, which builds the most aluminium-based models, where the company installed 1.8km of specialised conveyors.

Nine other external suppliers have also made investments in their own press shops to separate material.

Once the material is separated, it is consolidated and picked up by waste disposal companies before being moved by truck to Novelis’s Latchford Locks Works in Warrington, in the north-west of England, where it is re-melted into recycled aluminium sheet and then transported back to the press shops.

This recycled material is currently used in a range of parts including rivets, several stamping parts and tyre hubs, said Adrian Tautscher.

According to Andy Doran, Novelis invested around £6m in 2014 in the Latchford plant, which also serves the drinks industry, among others, to help accommodate the JLR project, including upgrading its furnace and casting capacity.

Doran said Novelis was involved in “similar recycling projects” in the US with Ford and in Germany with BMW. Both also have significant aluminium projects. Tautscher also told Automotive Logistics that JLR had consulted on materials and chemistry with Ford and BMW, which also share ownership history with JLR prior to India’s Tata buying the carmaker in 2008.

Tautscher declined to reveal what the percentage of recycled material currently is across JLR’s total aluminium supply, and also declined to say what the price difference was over prime aluminium or steel. However, he did say that the investments in press shops in sorting material was paid back in a little more than a year, while recycled material was “several percentage points cheaper” per part.

“The proof is in the pudding. We wouldn’t be increasing the amount of aluminium and recycled aluminium if there wasn’t a sound business case,” he said.

Going beyond production scrapsJLR’s target, however, has been made public: it wants to use 75% recycled aluminium in its body structures by 2020.

To get to that point will require a number of further investments and rollouts. There are plans to use the material in a future Jaguar model, yet to be revealed, which shares the same platform as the XE and XF. Likewise, the recycling process has also yet to be rolled out to Land Rover, some of whose models, such as the Sport, use large amounts of aluminium.

There is also more potential to increase JLR’s recycling footprint as it expands production. Novelis, for example, has the largest aluminium recycling plant in the world in Nachterstedt, in eastern Germany, which already plays a prominent role in supplying aluminium products to the UK, including JLR. The site could in future also work as a closed-loop for recycling aluminium at JLR’s planned new factory in Nitra, Slovakia, which is set to open in 2019.

“We would be able to build that into our Germany site with sustainable logistics links,” said Doran.

He added that JLR and Novelis were currently in the process of shifting aluminium supply from Nachterstedt to the UK from truck to rail, with a transport process that could move both ingots (aluminium in raw form) and finished products. However, the closed recycling loop in the UK will continue to be moved by truck, he told Automotive Logistics.

To achieve the 75% recycled target, both Tautscher and Doran have admitted JLR would have to go beyond using a closed-loop system that recovers only production scrap, and include recycled material from other post-consumer products and end-of-life vehicles. These processes will involve a number of challenges, including separating and identifying aluminium from finished products and avoiding spillage or contamination from other metals and minerals in that process.

Using other, non-automotive scrap is the objective of the ongoing ‘Realcar 2’ project, which has already been granted a further £1m from Innovate UK across a similar consortium.

An application for a grant for ‘Realcar 3’, meanwhile, which will focus on end-of-life vehicle recycling, is currently in an active tender for funding from the government. Innovate UK will make its funding decision in late October.

Regardless of the funding decisions, Tautscher suggested the future for aluminium in the car industry was bright –both for prime and recycled product.

“From JLR’s perspective, we are going to have enough demand for prime aluminium to grow,” he said. “But at the same time, we’re going to need to get back into production as much metal as possible.”