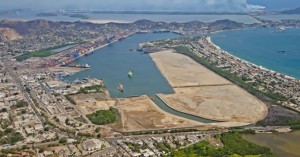 The Japanese stevedoring company Kamigumi is seeking permission to build a new vehicles terminal at the Mexican port of Manzanillo. Should it go ahead, the port authority, API Manzanillo, calculates it will henceforth account for 20% of all national production. At present, Manzanillo handles just 1% of new car output.

The plans put forward by Kamigumi, which operates the largest finished vehicles terminal in the Japanese port of Kobe, suggest that Manzanillo might eventually handle around 600,000 units of the 3m produced annually.

News that the port authority was seeking to build a specialist new vehicles terminal first came to light last autumn when a viability study was mooted. In November, API awarded IDOM Ingeniería a $40,000 contract to look into potential demand for the handling of cars in the port.

However, the port handles inbound material for Nissan and is expected to import Nissan parts and components from Asia for production at Renault-Nissan’s joint venture plant with Daimler in Aguascalientes, which begins in 2017.