Keeping the heat on 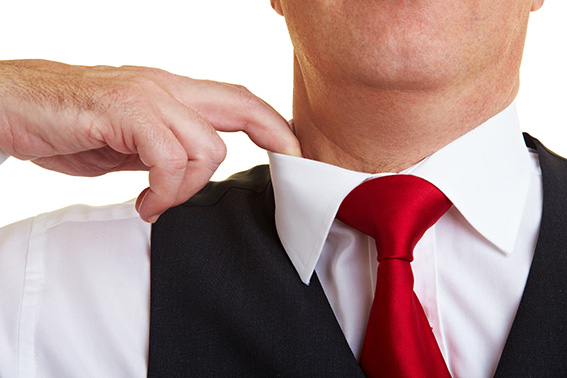 The summer of renegotiation is upon us. Officials and policy wonks in the UK and US have invited their counterparts out of the sun and into shaded rooms, red pens in hand, trade and multi-lateral agreements spread on the table. For their sake, we hope the rooms are all air-conditioned.

Officials from London and Brussels have finally started to hammer out the details of perhaps the most complicated (and expensive) divorce in history. In North America, following the confirmation of US trade representative Robert Lighthizer, the Trump administration notified Congress of its intention to renegotiate Nafta. After a consultation period, talks with Mexico and Canada can begin as early as August.

Most likely, these negotiations will cover the passing of the seasons many times over. Brexit will technically happen in March 2019, but if the UK quits the European single market and customs union, it could take as long as a decade, including the necessary transition agreements, to fully work out a comprehensive free trade agreement.

Even if these talks go more quickly than almost anyone thinks possible, outside the customs union Britain will need to negotiate trade deals with non-EU countries, including replacing the 50-odd agreements that came with EU membership. It could take years just to get back to zero. And to reap the benefits Brexiteers have promised, the UK will need to forge agreements with tough negotiators like the US, India and China, which could take decades.

For Donald Trump, ‘winning’ in negotiations has been part of his sacred promise since his election campaign. Others on notice for trade or treaty changes include South Korea, Iran and Germany, the latter of which he has deemed “very bad” because of all the cars it ships to America.

All these negotiations could lead to added costs and barriers to the flow of parts and cars across North America and Europe. The uncertainty generated in the meantime could delay or dissuade investment, such as in critical new models for UK plants or vital upgrades to port terminals and rail hubs in Mexico. These aren’t risks the readers of this magazine need explaining – but that doesn’t mean those doing (or undoing) the deals understand them.

For the supply chain, these negotiations are not about who gets the better end of the deal. Trade is always about compromise, such as meeting the required safety and consumer standards of a country to sell in its market. But rather than being realistic with their fellow citizens, Donald Trump and Theresa May have spent more time boasting to core voters, promising protection for the American worker and to ‘take back control’ in Britain, and threatening that ‘no deal is better than a bad one’. Less clear is whether they are willing to understand those who disagree with their core objectives, much less the needs of those on the other side of the table.

Evidence to date has not been reassuring. The US has already been caught up in disputes with Canada over timber and milk. Trump is quitting the Paris climate accord because the other 195 countries in it won’t ‘renegotiate’ it for the US. And it’s not clear if his team understands that it cannot just negotiate trade with Germany, but must do so with the EU as a whole in the kind of multilateral agreement Trump despises.

Meanwhile, along with absurd spats such as talk about war with Madrid over Gibraltar and Nazi comparisons with Paris and Berlin, the UK already seems isolated. After a disastrous election in which her party lost its majority in parliament – perhaps, at least in part, over backlash to its Brexit policies – May is politically weak (perhaps fatally so), and will be beholden to backbenchers in parliament, including those who want an extreme Brexit.

It is possible that politicians from either side will scorch negotiations the moment things get heated. But if talks collapse, it would be a disaster, with Britain crashing out of the EU and the US pulling out of Nafta. The economic and social fallout would be immense – as would disruptions to supply chains, most of which are too embedded across North America and Europe to adapt overnight.

The hope is that there is still space for influence. May and her government are too weak to stand alone, and need business and cross-party input. So now is the time to make sure that they hear all consequences – even the most obscure logistics complications. The only way that supply chain and logistics managers, among others, will keep their cool is by making sure negotiators understand their industry’s concerns. That is why trade bodies for freight and manufacturing in the UK have been busy calling on the government to reconsider its hardline stance, including calls by the SMMT for the UK to stay a member of the European single market for as long as it takes to finalise a new deal with the EU. Logistics executives from firms large and small should work together to make sure their voices are heard as well.

This spring, Donald Trump nearly pulled out of Nafta altogether, but admitted his counterparts in Ottawa and Mexico City talked him down. Perhaps it was part of a negotiating ploy, but do not doubt whether his administration would follow through on such a drastic action – or that it could be convinced of a better way. So stay cool – and don’t let this hottest of summers pass you by.