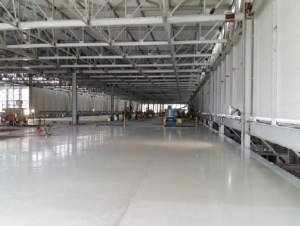 The beginning of full production at Kia Motors’ plant in Mexico next May will be supported by a logistics upgrade in the Pesquería region that will facilitate volume exports by 2017.

The arrival of Kia Motors Mexico at its plant in the state of Nuevo León has resulted in a major revamp of landside communications. Initially, this was necessary to bring in the materials needed to build the plant but, as of 2017, the new infrastructure will facilitate the export of an estimated 300,000 finished vehicles.

According to the company, the southern highway access to the plant has already been completed and work is at an advanced state with the connecting road to the north. Work is being coordinated by the Transport & Communications Ministry (SCT), the Nuevo León state government and the Pesquería municipal government.

Construction of the production plant, which began in October 2014, is slated for completion between December this year and early 2016, after which five months of trial production will commence, resulting in the plant going live as of May 2016.

At present, Kia is in advanced negotiations with the Kansas City Southern de Mexico (KCSM) railway for the construction of 15 railway sidings within the plant. These will be used for the despatch of the Forte model, with which the plant intends to commence construction. Later, Sportage and Sorento models could well be built there, too, although no timetable for doing so has yet been agreed.

Seong-Bae Kim, president and CEO of KIA Motors México is confident that the plant will be rail connected within the next six months. This will result in an estimated 110,000 finished vehicles being built next year, he revealed. However, the overall capacity of the plant is some 300,000 units per year, although it has recently been revealed that Kia may well be looking at eventually ramping this up to 450,000 units.

Of the total number of Forte models produced, 60% will be exported to the US, 20% to Latin America and 20% sold in Mexico.

In total, the company is investing $1 billion in the project, with suppliers expected to stump up an additional $1.5 billion, with 50% of parts and components expected to be generated locally.

As of 1 July 2015, Kia began selling imported Forte, Sportag and Sorento models at its Mexican dealerships.