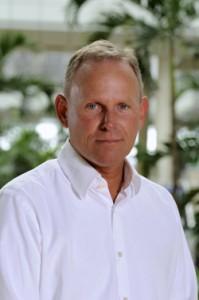 Renault Nissan has appointed Frans Kroon (left) as vice-president of Alliance Logistics Europe, heading up the joint division between the two carmakers for inbound and outbound logistics operations and engineering across the wider European region. Kroon has replaced Colin MacDonald, who has been promoted to deputy-managing director for the Renault Nissan Alliance plant located near Chennai, India, tasked with overseeing huge growth plans for production, local sourcing and exports.

Kroon was previously general manager for outbound logistics engineering at Alliance Logistics Europe, with responsibility for the design and procurement of vehicle logistics services. He began his career in human resources at Nissan before moving into purchasing at the Renault Nissan Purchasing Organisation, the Alliance’s common procurement group, where he was responsible for buying logistics services for inbound, outbound, packaging and spare parts distribution.

Kroon told Automotive Logistics that he will be focused on competitive logistics to support the mid-term plans for Renault (‘Drive the Change’) and Nissan (‘Power 88’), which both push for higher growth and profitability by 2016. The plans include ambitions for expanding in markets like Russia and Algeria, while also increasing production in Renault’s home French market by about 180,000 units to 710,000 by 2016.

“The challenges ahead will be in Russia with a big increase in production volume and in Africa, where we are preparing for further growth,” Kroon said. [sam_ad id=6 codes='true']

Renault Nissan plans to add production in North Africa at the Alliance plant in Tangier, Morocco, as well as a new plant in Algeria, where imports from French brands have been growing strongly in recent years.

The Alliance is also increasing Russian production at shared sites with Avtovaz in Togliatti, nearly 1,000km from Moscow, and in Izhevsk, 600km north of Togliatti. Alliance Logistics Europe has already completed tenders that anticipate Renault, Nissan, Infiniti and Datsun sales will double in Russia to 780,000 vehicles by 2017.

In an interview last year with Finished Vehicle Logistics, Kroon said that the Alliance’s expansion of production locations in Russia was also allowing it to better balance its vehicle distribution. “We can now balance flows north and south between Moscow and St Petersburg, and east and west between Togliatti and Izhevsk,” he said. “We used to come back with empty trucks whenever we went east in Russia.” 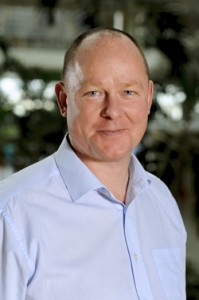 In India, Colin MacDonald (right) has taken over responsibility across the range of production, equipment, material handling and logistics activities at the Chennai plant. Prior to taking the lead for Alliance Logistics Europe in 2010, MacDonald held a number of roles in logistics and production control at Nissan, which he joined in 1991.

The Chennai plant, which was established in 2010, currently builds nine Nissan, Renault and Dacia models on two production lines for the local market and for export, along with petrol and diesel engines, and gearboxes. The plant will also begin production this year of the revived, low-cost Datsun brand.

MacDonald told Automotive Logistics that Renault Nissan is looking to double volume in the medium term from around 300,000 units per year currently. “The challenge is to take the plant to 600,000 vehicles within the mid-term while maintaining quality, cost and [on-time] delivery,” he said.

MacDonald, who interacted with Indian logistics and supply chain in his prior role because of both finished vehicle and material component exports to Europe, admitted that logistics would be an important part of his job in India, as the company increased local sourcing and dealt with the country’s limited infrastructure.

“The plant has some long lead-time supply chains, plus an increasing local content with challenging distances within India, hence [supply chain management] and logistics will of course be important,” he said.