Las Palmas Port Authority, in the Canary Islands, has confirmed it is processing a request from La Luz Autopost Terminal to operate a new concession on a 14,820 sq.m area at Cabulloneros Quay, involving a new multilevel storage facility in Functional Area 6, in the port’s service area. 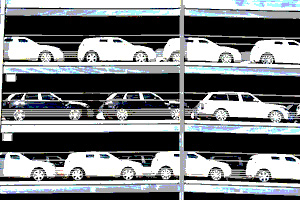 A new multilevel terminal may soon be constructed

The announcement, published in the Official State Bulletin, gives other companies interested in the same concession a period of a month to enter a request of their own. This applies to both the concession itself and to the use of land requested by La Luz Autoport Terminal.

If no other company is interested in the area, the plan will be put out to public consultation and, ultimately, decided upon by directors at the port authority. The process may take until the end of the year.

La Luz Autoport Terminal was set up in May to provide storage of finished vehicles, as well as other related activities such as the handling of parts and components and distribution of vehicles to customers.