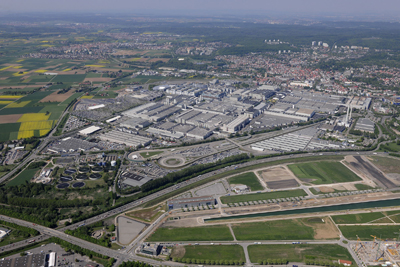 Daimler has agreed new terms with its labour union for the Mercedes-Benz plant in Sindelfingen, Germany (pictured), which will allow for more labour flexibility and outsourced logistics operations, helping to save hundreds of millions of euros over the next several years. In return, the carmaker will build a new model and invest €1.5 billion ($2 billion) to modernise the plant.

As part of the investment, Daimler will build a new body shop, paint shop and assembly hall for the new generation of the E-Class and its successors. A new logistics centre for the E-Class will also be established, where tier suppliers and logistics providers will handle incoming and outgoing goods.

The agreement between Daimler and the Sindelfingen works council, which makes local adjustments to the national contracts made with IG Metall, the German metalworkers union, maintains the plant's current wage tariff. It will also make 100 temporary workers permanent and expand the number of apprentices at the plant by 150 over the next five years.

The multiyear deal also includes several measures intended to make the plant’s production and labour more flexible. An important part of the agreement is the outsourcing of operations for receiving and sending goods at the plant. According to Hendrik Sackman, a spokesperson for finance, strategy and external communications at Daimler, Mercedes-Benz employees at the plant have mainly handled those services in-house, although some logistics services were already outsourced.

“But there are more [outsourced logistics] to come. That is the message,” Sackman told Automotive Logistics.

“That gives us important flexibility across model cycles, especially when ramping up new models or phasing out current models,” he said.

According to Daimler, these changes for logistics and overtime will help to reduce the depth of manufacturing, increase working flexibility and enhance efficiency. Overall, Daimler expects to yield a triple-digit euro savings over several years at the plant.
“This is a big accomplishment for the company. Through the overall package agreed upon with the works council, we will make Sindelfingen fit for global competition,” Markus Schäfer, head of production and supply chain management at Mercedes-Benz Cars, said in a prepared statement. “Our growth strategy and investments in the future will protect our employees’ jobs and income. The plants in Germany form the backbone of our global production network.”

The company did not specify what kind of model would be added at Sindelfingen, nor when. The plant, Daimler’s largest globally, currently builds the following models and its variants: S-Class, E-Class and CLS. In a few weeks it will start production of a new Mercedes-AMG GT sports car.
Mercedes-Benz plans to launch 12 entirely new models by 2020.

The changes for logistics and material handling will be an important part of the planned cost savings. According to Sackman, the logistics centre will be a “new concept” at the plant, although he added that it was too early to say exactly when it would be built and which services it would include.

The upcoming outsourcing for incoming and outgoing goods will impact around 50-100 current Mercedes-Benz employees out of a work force of 22,000 at Sindelfingen, said Sackman. The works council said it has found comparable work for them.

Line-feeding operations at the plant will continue to be supplied by Mercedes-Benz employees, although there were hints that this could be an area open for outsourcing in future. During a press conference announcing the agreement, Markus Schäfer (pictured below) commented that the carmaker “is not the experts in logistics, but the experts in manufacturing cars”, suggesting that more logistics tasks could be outsourced. 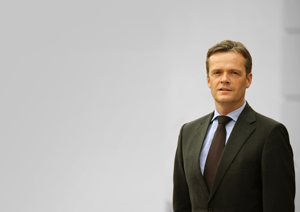 Sackman admitted that there was some disagreement between Daimler and the works council over this point, as the latter wants to keep most logistics-related activities at the plant in-house, and therefore protected by IG Metall agreements. “It is an important point for the works council that the line feeding is completely controlled by Mercedes-Benz, although I can imagine that in the next round of negotiations that could be something to discuss or change,” Sackman told Automotive Logistics.

The issue over the outsourcing of plant logistics has been a contentious topic in Germany and parts of Europe, as putting such work in the hands of suppliers or third party logistics providers allows carmakers to avoid union-negotiated wages and conditions. Such outsourcing also tends to increase the use of temporary workers, since third party providers commonly employ such labour. In an interview last year with Automotive Logistics, Christian Plaep, an IG Metall spokesperson, commented that there was a growing tendency for logistics companies to take on jobs in the German automotive sector. Many of these jobs have been material handling operations at off-site logistics centres, but they have also increasingly been in-plant, Plaep said.

For Daimler, such in-plant outsourcing is rarer in Germany than it is outside the country. For example, it has already outsourced parts receiving and line feeding to Kuehne and Nagel at its passenger car plant in Kecskemet, Hungary.