Lanka Harness: Out of Asia 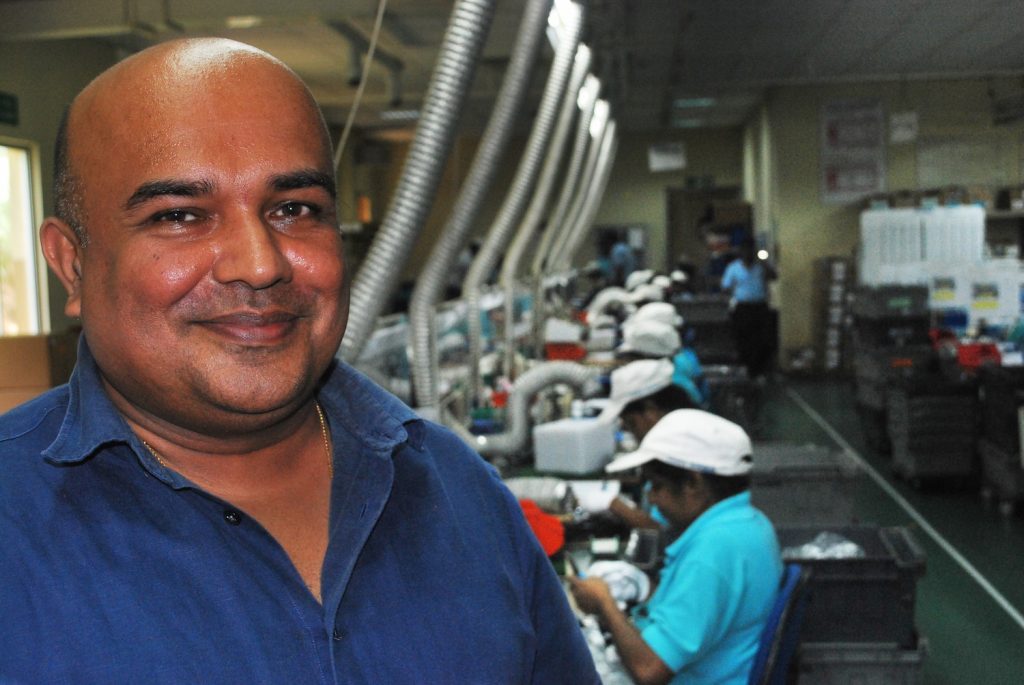 Rohan Gunasekera reports on Sri Lankan supplier Lanka Harness’s global success and expansion in Mexico, and the local supply chain its executive chairman, Rohan Pallewatta, hopes to build for the company at home

Lanka Harness, a Sri Lankan company that supplies impact sensors for airbags and seatbelts, has recently been making waves in the automotive supply chain from the small island nation not otherwise famed for its prowess in the sector. Earlier this summer the company won a huge order to supply air bag replacements, after the originals installed by Japan’s Takata were subject to a global recall over potentially defective parts. The replacement order will be delivered over a two-year period and will require Lanka Harness to double existing production capacity, which is currently up to 2m units per month.

Already a growing business supplying Japanese, European and American carmakers and tier suppliers, with increasing orders of late from the US, Mexico and Brazil, Lanka has been growing so swiftly that it is now aiming to drastically shorten its supply chain by going halfway around the world and setting up a plant in Monterrey, northern Mexico. The company’s management hopes that its first overseas venture will not only provide a competitive edge in supply and logistics, but also demonstrate its commitment to the global automobile manufacturing and parts industry.

“When you do business with these big companies you have to show by your deeds that you are very serious about this business,” explains executive chairman Rohan Pallewatta. “This is one of the gestures.”

Lanka Harness was set up with Japanese investment in 2003 to make sensors initially for Toyota, through one of its parts suppliers. The firm now employs 330 people and makes an average of about 1.4m sensors a month.

Having started as an assembly operation at the Biyagama industrial zone, just north of the capital Colombo, Lanka Harness now has two plants. One does the manufacturing, using imported plastic fibre to mould certain parts, and the other assembles the wire harness for the seat belt switch and the air bag. With both plants running at full capacity, Pallewatta has sub-contracted work to other companies. However, given the sensitive nature of the product and the need to maintain a virtually zero defect rate, quality checks are done in-house at Lanka Harness.

From Sri Lanka to the world

While it is a relatively small supplier compared to global tier ones, Lanka Harness already manages a complex, international supply chain. About 90% of material – including terminals, solders, PVC wires and tubes, connectors, and printed circuit boards (PCBs) – is procured from Japan, although more recently it has been buying some products from Europe and the Middle East. “Sometime when Japanese suppliers say they do not have stocks, we have turned to Europe,” says Pallewatta. “And European pricing is sometimes much less than the Japanese.”

Although it has a long supply chain, the flow of material works well. The island’s location close to the main east-west trade route and a high frequency of calls by shipping lines has been a benefit. With the port of Colombo established as south Asia’s container transhipment hub, shippers enjoy low freight rates and relatively fast logistics. Sri Lankan customs has recently starting to operate round-the-clock, supporting both inbound flows and exports. For example, after raw materials and parts arrive at Colombo, customs clearance and other red tape usually take less than a day. The containers are then moved to the nearby factory by truck.

While the logistics work well, Pallewatta has had to develop his own system of production planning to manage supply and manufacturing. Surprisingly, given modern planning systems, is not based too much on forecasts sent by carmakers or their parts suppliers, which he finds to be unreliable. Instead, Pallewatta does his own forecasts, based on past sales, and maintains three months of stocks.

“We get the forecasts three months prior to production and four weeks before production we get a confirmed order,” Pallewatta explains. But he has found “huge variations” between forecasts and the confirmed orders. “Sometimes I know a company is going to make say, 100,000 units in a certain month because of the market demand, but our customer’s forecast is only for 20,000 units. I know this is going to be absolutely wrong,” he says.

Given this experience, Lanka Harness maintains buffer stock that enables it to respond to sudden increases in forecasts without disrupting the supply chain. But maintaining extra inventory can be risky. “There’s a huge risk,” Pallewatta acknowledges. “Because [manufacturers] can always turn around and ask why I made so much more than the official forecast? That risk I have to take. But it is a risk worth carrying when you see the pattern over the 12 years.”

Not giving up on local

Localising production in Sri Lanka is one of Pallewatta’s goals. His firm now makes some PCBs in Sri Lanka but has struggled to gain approval from his carmaker or tier supplier customers. It is a resistance that he attributes to the closed nature of the automotive parts industry. “We have looked into adding more value within the country – we tried with certain materials,” he explains. “But my personal view is that the material supply is being jealously guarded in the automobile industry. So they will nominate who I should buy from.”

Pallewatta recalls how he proposed the local manufacture of certain connectors that Lanka Harness currently buys from Japan. He had visited a foreign moulding company with a factory in the Biyagama industrial zone that was making the identical connector. Buying directly from a nearby plant would help save money, he suggested to his customers. To his surprise, the answer was ‘no’.

A local cable manufacturer has also done several production trials of the PVC tubes Lanka Harness buys from Japan, which he points out are used in high volume and take up a lot of space in shipping containers. “But every time we sent a sample to Japan at the lab test level there, the product failed,” says Pallewatta.

The chief executive, not one to pull his punches, suspects that his customers have set the barriers to entry intentionally high to ensure Lanka Harness buys only from nominated Japanese suppliers.

“I don’t think our product is inferior to theirs,” Pallewatta says. “Even though we may have material locally, it is very difficult to enter and get the approval for materials which we can procure locally.”

However, Pallewatta is also not one to give up easily, which has been a major part of his company’s success over the past decade or more. When he tried to break into the Japanese automotive safety device market at the start, he sent sample after sample for months, repeatedly facing rejection and the scorn of local colleagues, who assured him that the work ethic of Sri Lankans was so bad that the Japanese would never trust a safety device made on the island. His perseverance paid off, however, and Lanka Harness became the first Sri Lankan company to achieve that most demanding of international quality requirements: a defect tolerance rate below 1PPM, or one part per million.

“I have not given up. I’m still sending them samples,” he chuckles. “One fine day, if I can show them the cost benefit that they have by us procuring the PVC tubes at this end, they might agree.”

While Lanka Harness has benefitted from high quality production and good global logistics to support its growing international client base, the pace and location of orders have encouraged Pallewatta to expand his network. He decided to set up a factory in Mexico when his firm started receiving orders from automotive companies in the US and Latin America on a regular basis. The project will start in January 2016 with about 40 people, of whom around ten will be sent from Sri Lanka.

“The rest of the world, Asia and other countries, I can cover from Sri Lanka,” Pallewatta says. “We decided to locate in Mexico as we were getting orders from Detroit, and Brazil, because of the distance.”

According to Pallewatta, using Sri Lanka as a base for the Americas on a large scale would result in extended lead times and huge inventories, with average journeys likely to be around 30 days on average. “So it is feasible to locate myself in Mexico,” sums up Pallewatta. “The delivery times will be swift at that end. We can be in a very short cycle so that our inventories will be less.”