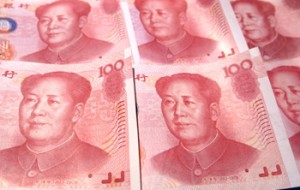 Logistics will be a crucial differentiator as competition in China increases

There is a new wave of factory openings across China. While the joint ventures for the Volkswagen Group and General Motors are the most aggressive, with plans to increase annual production capacity to 4m and 5m units respectively, others who have or will soon open plants include Ford, Nissan, PSA, Hyundai, Jaguar Land Rover, Volvo and newcomer Qoros. The government has also recently approved Renault’s joint venture with Dongfeng.

Following two years of low growth, sales have climbed 13% in 2013 compared to 2012, with passenger cars up 18%. IHS Automotive expects light vehicle sales and production of 30m a year by 2020; the China State Information Centre has predicted passenger cars alone will be 27m units by that time. With these expectations, such investment may not be too ambitious. Wang Zeng, senior analyst at IHS, identified Fiat as one of the few foreign OEMs who may face overcapacity.

However, China’s local carmakers still have up to 10m annual units worth of unused capacity, and continue to lose market share. Their production is tied closely to state finances, with municipalities either owning OEMs or priming private factories with incentives. Consolidating this overcapacity is a central government target, while foreign or private investment in the plants could even be an outcome of recent reform pledges, but such changes will be politically sensitive.

Wang believes stronger Chinese brands will play an important part in the future too, particularly as they close technology gaps. Great Wall’s SUV sales are up close to 30% in 2013. Long-term joint ventures should also help SAIC develop more upmarket vehicles, as should Geely’s ownership of Volvo.

Logistics will factor heavily in all this growth. Competition is putting pressure on prices in China, while land, labour and material costs increase. Efficiency at every level of

production and distribution is essential for local and JV factories. SVW’s new factory in Ningbo, south of Shanghai, for example, features a large supplier park that will increase just-in-sequence deliveries and improve inbound consolidation.

Production and sales are also moving beyond the east coast. Volkswagen’s ‘Go South’ and ‘Go West’ strategies include factories in the southern provinces of Guangdong and Hunan, and in the central-west city of Chengdu (where Volvo’s factory is) in Sichuan province. SVW has also opened a knockdown kit plant in the far western Xinjiang province. GM is opening factories in central China in Wuhan and Chongqing. Such extended production networks require longer logistics routes, more multimodal transport and increased focus on supply chain engineering.

There will be increased pressure to shorten lead times, particularly for spare parts distribution. Vehicles sold during China’s massive sales boom of 2009-2010 are coming to the end of warranties, increasing aftermarket demand. The recent introduction of the ‘3R’ regulations (repair, replace or return) also mandates spare parts availability for new vehicles. If OEMs are to compete with independent distributors in China, they will need to develop the dense, fast-moving parts networks prevalent in Europe or the US.

And if it all falls apart?

There are also intangible factors for the supply chain; concern over pollution is rising faster than sales and China’s strict environmental rules could further restrict driving (not to mention trucks) in cities, impacting car use and logistics. [sam_ad id=6 codes='true']

While most forecasts trace an upward arc for China, there are alternatives mooted. Perhaps the most extreme comes from Christian Hehenberger, a well-known futurist in the German-speaking world, who sees China’s central government collapsing and the country breaking apart into 20 separate states by 2025. “We see signs that China’s provinces are becoming more important and this could lead to a breakup,” he said at an event held by Magna Logistics Europe in Austria.

That may seem improbable given China’s ancient history and its rise as a world power, but this is a country with more economic and cultural divisions than a single-party system can always unify, while its population is getting rich enough to want improvements. Economic reforms, particularly those targeting corruption at state-owned enterprises, have partly been aimed at ensuring social stability, but more radical changes, as well as widescale resistance, cannot be ruled out.

Such risks are a long way off logistics, but given the scale of investment, any disruption could lead to significant whiplash. Carmakers have already planned more flexibility, including quick adjustment of output or swapping models on the assembly line. The supply chain must be able to react in sync, adjusting delivery frequency and routing, while communicating order changes up and down stream. Responding to growth as well as change must be part of the next phase of China’s development.