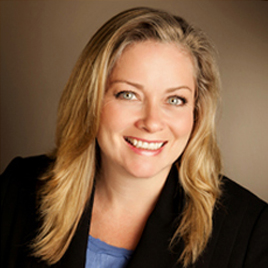 The head of Canada’s second largest auto parts maker Linamar says she is concerned no one is talking about the impact steel and aluminium import duties are having on North American companies.

Initially imposed by US President Donald Trump at 25% for steel and 10% for aluminium, Canada retaliated by imposing similar levies.

“It is completely illogical that we have a free-trade agreement between our countries, but we are charging duties and tariffs. That does not make sense,” said Linamar’s CEO Linda Hasenfratz in a Bloomberg TV interview.

“The impact, largely on American companies, is actually quite significant,” she added, citing General Motors and Ford which have both stated the tariffs have undercut profits.

“My worry is no one is thinking or talking about it right now. But that pain continues and continues to build, and it won’t be long before the industry can’t withstand those costs any longer and price increases start to come through, and that will absolutely impact demand,” Hasenfratz said.

President Trump imposed the steel and aluminium tariffs on US national security grounds.

“The idea that there is some kind of security issue is ludicrous,” she argued. “So let’s eliminate the tariffs in the interest of economic growth and prosperity of companies within North America, which creates more investment and creates more jobs.”

The levies have become an issue in ratification of the Nafta-replacing USMCA trade agreement between the US, Canada and Mexico. But Hasenfratz sees removal of the duties as a more urgent priority.

“It’s just as easy to take the tariffs off as it was to put them on – one signature. The tariffs, we need eliminated immediately.

“If it takes a little longer for USMCA to get ratified, I think we can manage through that because we’ve got an agreement. And I think there’s not the same level of uncertainty that there was a year ago when we didn’t even have an agreement and people didn’t know where things were going.”