Live survey results: automotive falling behind, need for IT, to Russia without love

At Automotive Logistics Europe 2014, we held several series of live voting surveys that captured the opinions of our audience present in Bonn, as well as those streaming the sessions live from around the world. The results were fascinating, from a desire for better IT services to trepidation about investing in Russia.

To view the archived, recorded presentations of the conference (including live voting sessions), click here. 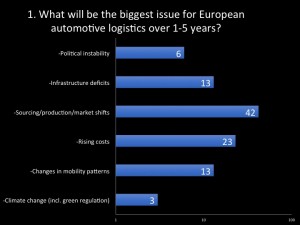 Question one: What will be the biggest issue for European Automotive Logistics over the next 1-5 years?

Surely, the recent or upcoming closures of PSA, Ford, Opel and Fiat plants influenced our audience on this question, as respondants voted for sourcing and production shifts as the biggest issue for European automotive logistics in the coming years. But as the conference heard, Europe is also going to see the localisation of further models by the likes of Nissan, Renault, Fiat-Chrysler and Jaguar Land Rover, which means that the 'production' shifts will not be all bad news. 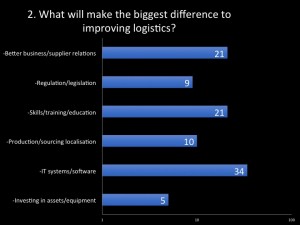 Question two: What would make the biggest different to improving automotive logistics in Europe?

The results here were interesting in that better IT systems and software came out on top, but the next two answers concerning supplier relations and training (which cumulatively amount to more votes) are related to 'people skills'. Perhaps it is no surprise that logistics comes down to the best combination of people and technology. That was partly reflected in a recent project by Opel with IT provider flexis, which saw a new IT system complimented by an organisational realignment. 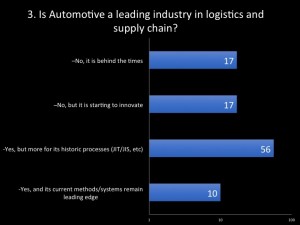 Question three: Is automotive a leading industry for logistics and supply chain management?

A positive and negative sort of result here: on the one hand, most in the audience felt that automotive logistics is still ahead of the pack when it comes to logistics and supply chain management sectors. However, the industry still seems to be living off of past glories, rather than putting forward the real innovations of 2014. Perhaps in a world where online retailers like Amazon appear to be able to guarantee customer deliveries to the hour, the manufacturing-driven supply chain seems old hat, while vehicle logistics still looks very 1980s. But as other presentations showed, including from Starbucks, other industries don't have it that much different. 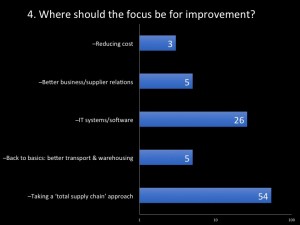 Question four: Where should the focus be for improvement?

Interesting here that while IT systems came top in the survey on what would improve automotive logistics, phrasing the question another way yielded a different answer. Here it seems the audience thinks that the best way to get automotive logistics back on top of innovation is to see beyond individual transport lanes. The good news from the conference was that a number of carmakers appear to moving more firmly in that direction, including Opel/Vauxhall. 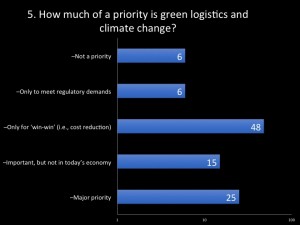 Question five: How much of a priority is green logistics and climate change for your operations?

Sometimes these surveys bring out the truth in ways we wouldn't say on stage. Green logistics is important, it would seem, but mainly where it also means saving money. Investments in being greener just for the sake of the planet may be rarer. However, one company that certainly wanted to showcase its green ambitions was Volkswagen, which is aiming to cut emissions by 25% by 2018, and could eventually tie the targets to its logistics purchasing. JCB also revealed significant projects for reducing emissions. 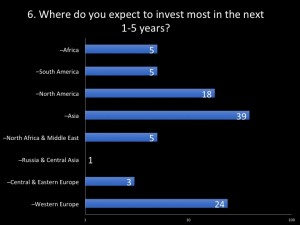 Question six: Where do you expect to invest the most in the next 1-5 years?

Sometimes it's most interesting to see what participants don't vote for rather than what they do. We could certainly fault the sample of the survey, and of course point to the fact that delegates could only choose one place as their top investment (rather than a ranking), but despite that it's still quite surprising that only 1% of the audience said they would invest most in Russia. For a major market that is just on the doorstep of many of the companies and providers at the conference, it paints a negative picture of what may be coming in Russia. On the other side, many tuning into the event still see Asia as the biggest growth opportunity. The expected recovery for Western Europe is also reflected in the results.

These next ten question were provided by the event's Gold sponsors and put to our audience. Again, the results were interesting. For example, although earlier survey results found that Asia would be the biggest destination for investment in the coming years, it is also seen as a source of great risk. Nearly half of all respondents said that the industry was at risk of a Chinese financial or property crash. OEMs also showed a clear preference for being able to switch often and easily between using logistics providers and – perhaps unsprisingly – to choose solutions that were slightly cheaper rather than those that strictly saved CO2. As heard earlier, better IT links were seen as the best way to improve the overall supply chain from factory through to dealers. 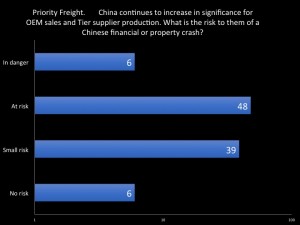 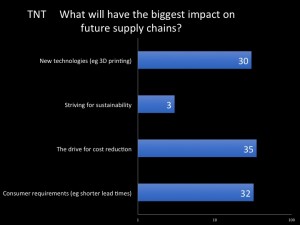 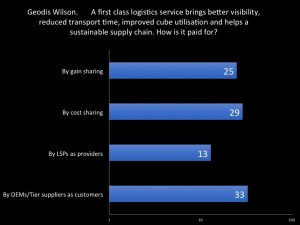 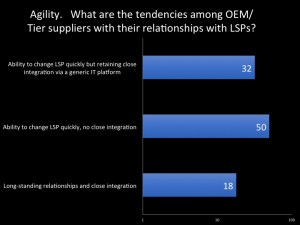 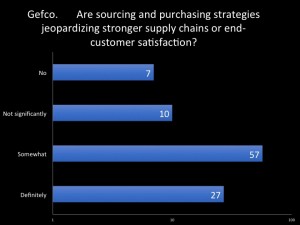 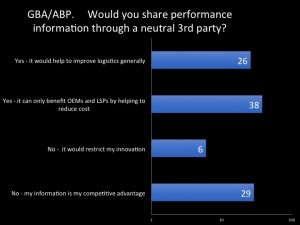 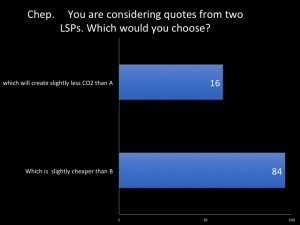 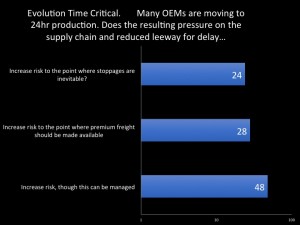 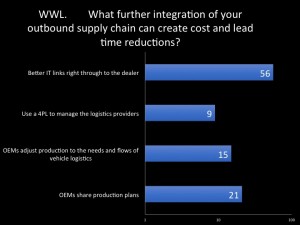 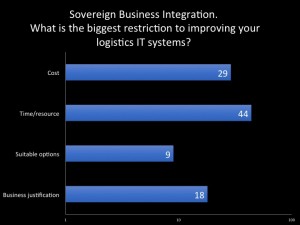