Maersk and IBM to introduce blockchain into global shipping industry 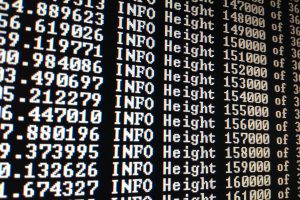 Shipping giant Maersk and IBM have announced a blockchain initiative that they say will help transform the cross-border shipping industry globally.

The two companies said using the digital ledger system, made famous by the Bitcoin cryptocurrency, had the potential to save the industry billions of dollars when adopted at scale. Ninety per cent of goods in global trade are carried by the ocean shipping industry each year, including a significant number of automotive parts.

“IBM and Maersk intend to work with a network of shippers, freight forwarders, ocean carriers, ports and customs authorities to build the new global trade digitisation solution, which is expected to go into production later this year,” read a joint statement.

The blockchain solution will be based on the Linux Foundation's open source Hyperledger Fabric, a collaborative effort created to advance cross-industry blockchain technologies.

The costs associated with trade documentation processing and administration are estimated to be up to one-fifth the actual physical transport costs, according to Maersk. Plus there are the benefits of improved transparency, efficiency and productivity.

Maersk gave the example of how a simple shipment of refrigerated goods from East Africa to Europe went through nearly 30 people and organisations, including more than 200 different interactions and communications between them.

“The [blockchain] solution is designed to help reduce fraud and errors, reduce the time products spend in the transit and shipping process, improve inventory management and ultimately reduce waste and cost,” said the companies.

The partners said they had already worked with a number of trading partners to proved the potential value of a commercial trade digitisation solution.

This includes the transport of goods from Schneider Electric on a Maersk Line container vessel from the port of Rotterdam in the Netherlands to the port of Newark in New Jersey. The pilot included the customs administration of the Netherlands under an EU research project.

The US Department of Homeland Security Science and Technology Directorate, and the US Customs and Border Protection have also participated in this pilot.

The international shipment of flowers to Royal Flora Holland from Kenya, Mandarin oranges from California, and pineapples from Colombia were used to validate the platform for shipments coming into the port of Rotterdam.

The project enables the real time exchange of original supply chain events and documents through a data pipeline that connects the participants in a supply chain ecosystem.

“The Customs Administration of the Netherlands see the data pipeline as a tool supporting the balance between trade facilitation and enforcement, where information sharing in supply chains is optimised from a commercial perspective, and government authorities can re-use that information flow for supervision purposes,” said Frank Heijmann, head of trade relations and customs administration of the Netherlands, and one of the two people who conceived the platform for the centralised sharing of data and shipping information via the cloud.

For shippers, it can help reduce trade documentation and processing costs and help eliminate delays associated with errors in the physical movement of paperwork. It will also provide visibility of the container as it advances through the supply chain.

For customs authorities, it is intended to give real time visibility, significantly improving the information available for risk analysis and targeting, “which may eventually lead to increased safety and security as well as greater efficiency in border inspection clearance procedures,” said the companies.

Industry experts suggests that blockchain technology will be relevant across other segments of the automotive supply chain as well, including finished vehicle logistics and yard management.