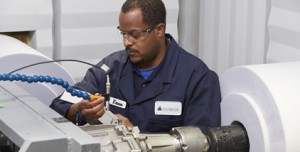 Magna International, the global components and systems supplier, announced that it will buy Getrag, a German car parts manufacturer for $1.9 billion (€1.75 billion), to expand its automotive transmission systems business.

Magna is currently the world’s third largest automotive supplier, and the latest announcement is a bid by Magna to win market leadership in certain vehicle parts, including transmissions, which will become increasingly important to meet fuel economy targets. Savings from the deal are expected to come from areas such as joint procurement, but a spokesperson for Getrag said it was too early to forecast specific economies.

“I can say that our primary strategy is to grow the business together, focusing on new business and new products,” the spokesperson told Automotive Logistics. “Additionally, we do expect synergies to be realised in BOM [bill of materials] cost, but we are unable to study such opportunities in detail until after closing.”

The two companies have been in talks for nearly a decade and, after a finance review by Getrag in 2012, rumours of the deal have intensified. The deal is expected to close before the end of the year.

Getrag is a joint-venture partner with Ford. The company works with BMW, Daimler, Renault, Volvo, Jiangling Motors, and Dongfeng Motor Group. Getrag has around 13,500 employees, and 13 manufacturing and ten engineering centres across Europe, Asia and North America. In 2014 the supplier had consolidated sales of around $1.85 billion.