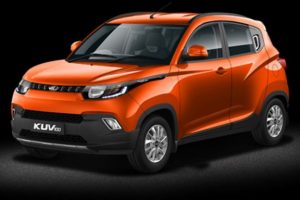 “We have many assembly plants in Africa and other regions and since business is going well we are looking at an assembly facility in Sri Lanka soon,” said Sanjay Jadhav, the company’s vice president of international operations (South Asia).

Initially, the company said it would assemble vehicles from complete knockdown (CKD) kits in response to high demand and is also looking at assembling the all new compact Mahindra SUV, the KUV100.

Mahindra & Mahindra has been exporting vehicles to the island nation for the last nine years and now has over 50,000 vehicles on the road there.

“With the increased demand there is a need for the right product at the right value and hence setting up a CKD assembly facility in Sri Lanka is a strategic move in this direction,” said Jadhav. “This is also in line with the long-term policy of Sri Lankan government in developing local manufacturing. In addition, we want to develop Mahindra as a localised brand to drive our global image.

Currently, Mahindra & Mahindra ships out completely built up vehicles to Sri Lanka from its various manufacturing facilities across India. The plan for the proposed assembly plant is under discussion and based on the final decision, subsequent logistics plans will be framed accordingly.

Jadhav said that Indian and Chinese car imports to Sri Lanka have the same duty structure but that changing tariffs by the Sri Lanka government is a big issue.

“The motor vehicle tax structure keeps on changing and we need a long term policy to plan our operations more smoothly,” he said.

Significantly, this is not the first time Mahindra & Mahindra has mooted a possible production facility in Sri Lanka. Indeed, Jadhav notes it was discussed a few years ago, but was not pursued further. At that time, it was said that such a plant would produce finished vehicles not only for Sri Lanka, but also for markets in Pakistan and Bangladesh, effectively becoming a South Asia distribution hub. However, under the new plans, the aim is initially to fulfil local demand, with Jadhav noting that “any opportunities for exports will be explored”.

In 2011, when the earlier production plant was mooted, Sri Lanka was Mahindra & Mahindra's largest export market; since then, it has become one of the three largest. Asked about sales developments, Jadhav noted: “Sri Lanka continues to be one of our leading markets. However, market dynamics keep changing the volume potential.”