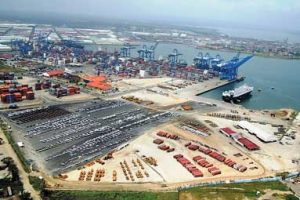 Manzanillo port in Mexico could see additional vehicle volumes, following a contract between the Manzanillo port authority and Manzanillo Terminal Company (CTM) for the operation of a general cargo terminal.

CTM is part of the Gume Group and one of the terminal processors and stevedores working at the port.

According to the terms and conditions of the latest tender, CTM will be able to offer all types of handling services for cargo, which includes loading and discharge of vessels, as well as storage and movement within the terminal.

The new concession covers the construction, fitting out and operation of a common-user facility given over to all types of general cargo handling, including finished vehicles.

The contract, which covers a period of 20 years, includes an area of 50.3 hectares and could potentially be renewed for a similar period at the expiry of the initial concession.

All the land involved is federally-owned and it includes an area out over the water, including all of Quay 15.

Read more about recent developments in Mexican ports in the North American ports survey in the next edition of Finished Vehicle Logistics magazine, out in July.