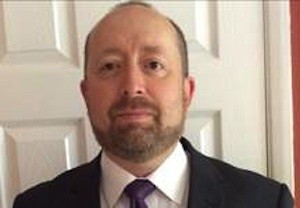 Coleman’s role, based in the UK, will build on the brand’s global heritage in the sector. DSV hopes his position will help to re-introduce the company as a fresh player within the UK automotive sector.

Coleman, who has recently taken up his new position in the DSV automotive team, said that countries such as Japan are putting their faith in the UK market, and OEMs such as Nissan and Honda are currently investing heavily in existing plants. In addition to this he said companies such as Bentley, McLaren and Aston Martin were helping to maintain a good reputation. In turn, this investment and image is fuelling a period of strong growth according to Coleman.

The automotive industry currently represents the largest export sector in the UK. In 2014, it had an estimated turnover of £69.5 billion ($109 billion), and is expected to improve on that figure this year.

Coleman said, “Coming from an automotive and logistics background in Birmingham, you could say the industry is in my blood. I have worked within the industry for many years and I am thrilled to have joined the team as DSV. It’s early days but the organisation has already shown a strong appetite for growth in the automotive sector, with everyone from the MD to the drivers proving they are focused and determined to succeed. It makes for an exciting next few months and years.”

With experience of working with all the major OEMs in the UK and for other freight forwarding and logistics companies, Coleman’s new responsibilities will include raising awareness of the DSV brand and building the portfolio of DSV automotive services.