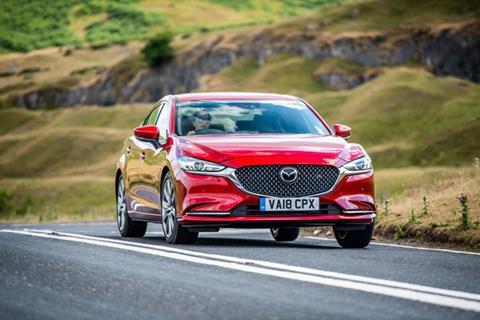 The Russian government has cancelled logistics subsidies for finished vehicle transportation from the Far East to the European part of the country, leaving Mazda Sollers bereft of support. The vehicle-maker, which is currently the only one to transport vehicles from the Far East, last year received the entire allocation available from the government, a total of 1.5 billion rubles ($18.3m).

A year ago, Vadim Shvetsov, general director of Sollers, asked the federal government to sign a decree obliging it to keep allocating logistics subsidies over the next decade. Shvetsov predicted that, if this happened, there would be a major shift in the Russian finished vehicle logistics industry as more carmakers opted for the Far East as an entry point into Russia, with potentially around 120,000 additional vehicles imported into the country from Asia.

However, during a government meeting in April with the Russian deputy Prime Minister Dmitry Kozak, who is in charge of automotive industry development in Russia, it was decided that there should be no targeted support for any carmaker in the country and that Mazda Sollers could obtain state aid only under the special investment contract (SPIC).

Mazda Sollers had signed a SPIC with the Russian government in 2016, when it agreed to invest 2.8 billion rubles in the construction of an engine plant in the Far East and to localise Mazda6 and Mazda CX-5 production at the Vladivostok assembly plant. Although the company has not disclosed all details of its SPIC, Russian consultancy firm Autostat reported that the contract provided for logistics subsidies until 2023.

The logistics subsidies have been cancelled even though President Vladimir Putin said they should be maintained. Speaking at a meeting with the federal government in 2018, Putin stressed that “if we [the authorities] could not ensure vehicle sales in European Russia, there would be no economic feasibility in the entire project”.

Launching an appeal
Sollers has acknowledged the government’s decision to withdraw subsidies but has said that it plans to appeal, explaining that the investment environment for the company could worsen significantly and that the ROI on its engine plant project would be longer as a result.

As the finished vehicle market of the Russian Far East is extremely small, Mazda Sollers needs to transport finished vehicles to the European part of the country, where demand is stronger, Vladimir Bespalov, an analyst of the Russian consulting agency VTB Capital told local newspaper Kommersant. As a result, the logistics costs significantly impact the overall economics of the project.

The distance from Vladivostok to Moscow is 9,000km and in recent years all vehicle shipments from the Far East to European Russia have been by rail. Mazda Sollers will have to offset the rising costs through internal optimisation and seek discounts on components from its suppliers, Bespalov said.

Mazda Sollers, a joint venture between Mazda Motor Manufacturing Rus and Russian carmaker Sollers, generated a net loss of 73m rubles in the first half of 2018, compared with a net profit of 298m in the same period of the previous year.

The Vladivostok plant has been operating with extremely low capacity utilisation, although last year production was 29.3% up on 2017, with 31,149 vehicles assembled. The designed production capacity of the plant is 100,000 vehicles per year.