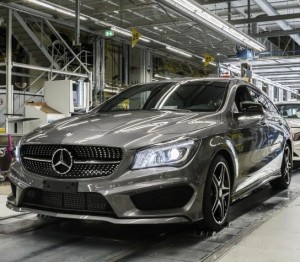 Daimler’s Mercedes-Benz division is now assembling CLA and GLA models in Thailand at the Thonburi Automotive Assembly Plant (TAAP) in Samut Prakan province south of Bangkok, according to a report in the Bangkok Post news source.

The vehicles were previously imported for sale to the country as finished vehicles but kits are now being shipped into the country for assembly. According to the report the move has dropped the retail price for each model in the local market (by $6,800/$9,600 respectively).

Mercedes-Benz has refused to comment on any details of the latest development.

The carmaker also makes the C-Class, E-Class, S-Class and ML SUVs, along with hybrid models, at TAAP, which is owned by Thonburi Phanich Group.

In June this year Mercedes-Benz also began assembly of the GLA at its Indian plant in Pune.

Samut Prakran is one of three main automotive manufacturing regions in Thailand and along with Mercedes-Benz is home to Toyota, Isuzu, Nissan and Tata Motors. The other two are in Rayong province on the eastern seaboard, about 170km southeast of Bangkok and Ayutthaya province, just north of Bangkok.