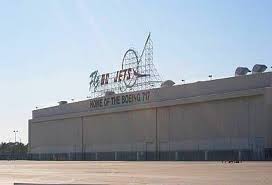 Mercedes-Benz will see some big changes to its US port processing and accessory installation operations, as the carmaker is set to change locations in the Los Angeles area.

Speaking at the 2014 FVL North America Conference in North America, Rory Anne Hepner, general manager of vehicle distribution and logistics at Mercedes-Benz USA, confirmed that the carmaker would move its terminal from Carson, close to Long Beach, to another facility in Long Beach that will provide more than 1m sq.ft of space (93,000 sq.m). Along with import vehicle processing and accessory installation operations, the site will include a training centre and a regional sales office.

Hepner declined to specify the location pending an official Mercedes-Benz announcement planned in the coming weeks, however the move has already been reported by local press in Los Angeles in recent months as being a former Boeing factory in Long Beach, which has been closed since 2006.

Hepner said that while the new terminal would still require vehicles to be shunted from the port of Long Beach a similar distance than it currently does to Carson, it would consolidate numerous satellite storage areas that Mercedes-Benz has used to manage its operations in the Los Angeles area (which is one of the most important sales regions for Mercedes in the US).

“We have had under-capacity in LA for years, so this going to allow us to grow,” she said.

The site will compliment Mercedes-Benz two east cost port locations in Baltimore, Maryland and in Brunswick, Georgia, along with yards at its passenger vehicle plant in Vance, Alabama and Sprinter van factory in Ladson, South Carolina. “The way that we have it now set up, all three VPCs would be sufficient to handle our growth plans through 2020,” she said.

This expansion in California follows the news that Toyota would eventually move its sales headquarters in Torrance, close to Long Beach, to Texas by 2017.

Hepner added that port operations were very valuable for Mercedes-Benz USA, which runs its processing and accessory operations in-house. She said that the ports served as a “test bed” for Mercedes to introduce accessories and options that would not necessarily make economic sense for factories until they reach a critical mass. Recent examples of accessories that moved from ports to factories include smartphone-related installations and Bluetooth connections.

Hepner also revealed that a cooperation agreement with BMW for Mercedes-Benz for the carmaker to process BMW imports at the port of Baltimore as well as to jointly transport vehicles from the port was set to end.

Note that Finished Vehicle Logistics is partnering with AIAG to host a one day conference this summer on import and export flows, held at the port of Baltimore. Keep checking this site for more information on Import/Export North America 2014.